‘Beware! This is not a real biography!’: Ali Alizadeh Interviews Jessica L Wilkinson

To many, biographies are a generic section in a bookshop which showcase – as this interview will discuss – a supposed element of ‘truth’. Suggestions of worthiness through platitudes such as ‘based on a true story’ or a ‘definitive biography …

Posted on November 1, 2017 by Dashiell Moore

When delivering a thesis presentation based on rethinking the methodologies for reading Aboriginal Australian poetics, a fellow postgraduate student asked me, ‘Do you consider your thesis political?’

If poets are in the business of cultivating ‘voice’ then, logically enough, to which ends? Is there an onus not only to learn how to speak but to also become versed in what to speak of?

Plato, Badiou and I: an Experiment in Writerly Happiness

I have many irresolvable arguments with a close and particularly argumentative friend of mine. We regularly disagree, in a civilised, congenial way, on specific topics to do with politics, love, the weather, Asian food and ethics.

This be the fulcrum, order’s pivot. Powers oscillate my words the rivet, evil, chthonic, to show you malfeasance, the urgency to recompense, the levers wholly off kilter: 1) The tigerfish is the carnivore of the Congo. Obtruding fangs eyes tenebrous … 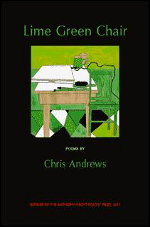 Gorton, Alizadeh and the blog … (again)

Posted on February 5, 2013 by Kent MacCarter

Might as well come right on out with it: after eight years and a couple hundred reviews – all edited, a number authored as well – as Cordite’s Reviews Editor, I’m glum to announce that Ali Alizadeh is stepping down …

Paul Kane is the Professor of English and Co-Associate Chair of English at Vassar College in the Hudson Valley, 75 miles north of New York City. In addition to being a prolific poet and scholar of American literature, he is one of the world’s foremost scholars of Australian poetry. 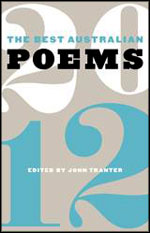 [a declaration in progress] FOR TOO LONG has poetry been disregarded as a valid vehicle for the exploration of real world experience. Too often has poetry been filed in the ‘too hard’ basket and deemed ‘irrelevant’ and ‘inaccessible.’ This declaration …

There is only one appropriate way to begin my first news post as Managing Editor of Cordite – that being to extend, then extend further, then possibly dislocating my e-arm in extending further still, a massive thank you (for all …