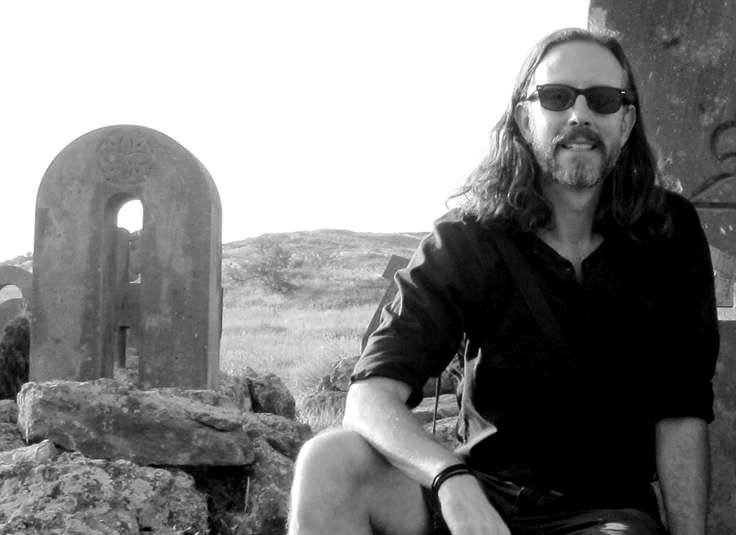 I am responsible for the good of the other come what may: that is, my responsibility is anarchic, on the hither side of moral principles and the reasonings that provide their support – which means, among other things, that my relation to others is not one of knowing but, as Levinas likes to put it, one of proximity, as of skin exposed to touch.

Gerald L. Bruns, ‘Should Poetry Be Ethical or Otherwise?’

If poets are in the business of cultivating ‘voice’ then, logically enough, to which ends? Is there an onus not only to learn how to speak but to also become versed in what to speak of? If 20c. English-language poetry can be characterised at least partly as a constellation of non-dogmatic radicalised tropes making response to authorising discourses of power / knowledge, then which impetus remains (if any) to adopt transgression as a foremost rhetorical mode? In his fine essay, ‘On the Sidewalk: Towards an Ethopoetics of the Streets’, Kim Cheng Boey adopts a Levinasian methodology to then assert this heuristics:

it is in the act of writing that an ethos is discovered or established, an intersubjective poetics of ethos that arises from the dramatic and lyric recreation of the self-Other encounter.

How are we to be more than mere dilettante onomasiologists? This edition of Cordite Poetry Review is suffused with interruptings, ironisings, rupturings, reterritorialisings, strayings, problematisings and interventions which seem to ask, both in particular ways and when read as a swarming cluster: how to begin to look each other directly in the face?

On a train from Bergamo to Milan with my wife and a friend … a man drops a card written in English and Italian on the empty seat beside us: ‘I am jobless, homeless, with two children: for god’s sake please help us.’ When he places similar cards with each passenger in the carriage we glance at one another cursorily, then fish through our bags for small change. He returns five minutes later and, finding a few coins on the arm rest beside us, wishes a ‘god’s blessing’, then continues through the carriage … and as he goes I catch myself thinking how I hope he doesn’t ask me anything, or try to talk to my wife, or want more money, as if my bit-part performance in this drama is not an act of kindness, but an attempt at self-absolution: what does this small change actually change? For me, everything … for make no mistake, this is a performance and those coins may have just purchased a ticket to a place where I can grant myself permission to no longer need to be further involved. The friend we are travelling with is an anesthetist; how many of us living in comfortable material certainties are already numb to those many who are not one of ours, flatly dehumanised, neither interesting nor real enough to be more than a passing moral complexity?

After Mallarmé’s much-appropriated lines to Poe (later transmuted by Eliot, in which the work of poets is rendered an adage in which we ‘purify the dialect of the tribe’), which sorts of clarifications might be up for grabs and more crucially: how to steer clear of mere demagoguery? If lyric poetry resonates (etymol. ‘prolongation of sound by reverberation’) then explicitly: how to re-verb the ‘makings’ of poets? And how therein to avoid the totalisations of so-called purity? After Adorno’s claim for the lyric as a non-product to illuminate our alienations through the ‘subjective expression of a social antagonism’ (‘Lyric Poetry and Society’, 30), and after Levinas’ claim for poetry as a revelatory point of contact and possibility, a saying of proximities opening onto ‘an ethical relationship with the real’ (Collected Philosophical Papers, 118), to which extent do / should / must we compulsively express the ague of idealism? Is it barbaric to write in the aftermath of genocides so methodically hidden by officially enshrined mythologies? Is it reasonable to merely sing, lyrically, averting ourselves from all proximity with our others?

Surely we must cultivate strategies (linguistic, ideal, moral, antagonistic) by which to bear witness?

Concerning himself directly with OzPo contexts, in ‘Being Caught Dead’ Justin Clemens opines that poetry ‘is threatened, like the honey bees of our world, with what’s known as ‘colony collapse disorder’,’ because we live in an era in which ‘everybody writes poetry, but nobody reads it’ (Overland #202). In her rebuttal, ‘Against Colony Collapse Disorder; or, Settler Mess in the Cells of Contemporary Australian Poetry’, Ann Vickery proposes an alternative focus toward ‘correspondences in otherwise unconnected ‘bees’ and the capacity for transformation’ (Cordite #48). Bees as a decollectivised swarm of strays? Indeed, contemporary poetry in ’Straya seems full of drift, and equally reactive with enforcers waspishly patrolling boundaries of possibility. In that place which operates yet to the logic of late colonisation, are we not simply an order of cleptoparasites, robber bees hiving / archiving creative / critical / cultural products in a coloniser’s material, extending next new narratives of habitus (always anything but a nullius) … and

within this nexus, beyond anguish, what is our duty?

What are to be the languages of these days (and their nexts),

and which language (horde, purified, etc.) is ever as stable as enforcers would have us believe? That same way Chomsky illuminates difference between syntax and semantics with his ‘colorless green ideas sleep furiously’, my title should underscore just how furiously words can drift from etymological roots … that same way colonisers drift from origins to create authentic-seeming discourses (self / country / nation / other), language also strays: contingent, random, mutable, its own unreliable narrator. In contexts swarming with displacements both historical and contemporary, I catch myself asking: where does this leave the lyric?

Deep in Italy’s northwest mountains, we are sitting at a table over steaming polenta, cheese, bread. A short burst of conversation with our friend’s friend, Beppe, about his country becoming part of what he calls ‘Eur-arabia’. None at the table has the (insert here — linguistic abilities? Chutzpah? Something else?) to venture in our stunted Italian a challenge to this man who has never travelled beyond the comforts of these sublime valleys. Our silence: complicit and enabling. Beppe, who spent his life working as a policeman, thinks in binaries of ‘us’ and ‘not us’ … and I catch myself thinking: how friendly a racist can seem (at least, when ‘we’ bear resemblance to anyone but the most ethnically, racially, culturally ‘not us’). Later, arriving at Milan’s Stazione Centrale we stand under a baking sun and watch the façades perform particular authorisations in white, fascist’s marble … less known is the subterranean platform where four generations ago Jewish people were transported to the German-run Nazi extermination camps in Poland. This is where identity thinking and its enforcements takes us. A small plaque in the station bears an inscription from the first line of Primo Levi’s ‘La bambina di Pompei’:

Pages: 1 2 3
This entry was posted in ESSAYS and tagged Ali Alizadeh, Cassandra Atherton, Dan Disney, Kim Cheng Boey. Bookmark the permalink.
Dan Disney is an Associate Professor with Sogang University's English Literature Program, in Seoul. He is currently completing a collection of sijo/stlings.