Introduction to Kim Cheng Boey’s The Singer and Other Poems 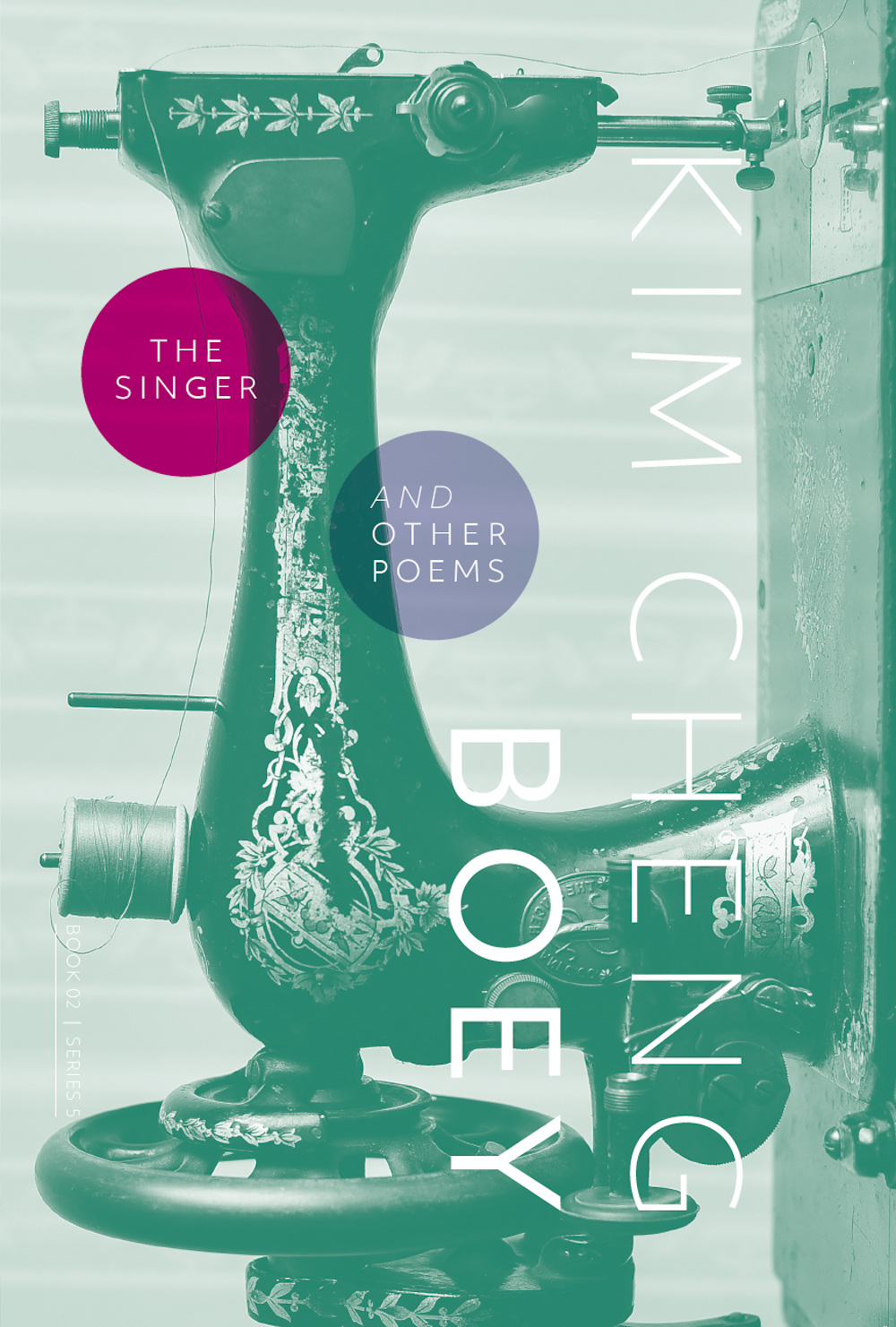 In this work of a mature artist, Kim Cheng Boey’s characteristic style – literary, allusive, memoirist, with a flâneur’s sensibility – is on full display. The book’s triptych staging – ‘Little India Dreaming’, ‘The Middle Distance’ and ‘Sydney Dreaming’ – unfolds as a bildungsroman, in which place and time generate itineraries that signify more than the pleasures and travails of travel or the sociopolitical content of the émigré shuttling along the spectrum of departures, arrivals, exile, immigration, and in-between states.

The three groupings sound distinctive emotional notes to encompass imaginaries that approximate Asia (Singapore and its neighbours), Europe and the Americas, and the Pacific Cosmopolitan. The last is situated specifically in Sydney, where the poet-subject is reborn with his first child, conceived in Singapore; where Nature and Others, recognisably self-constructed, conclude the narrative of Becoming.

In the first part of the book, the presences of father and mother are also the shadows of their absences. Memories of idyllic moments are barely grasped before lamentations of loss follow, such as in the introductory poem, in which the speaker ‘see[s] … [his] face multiplied, split between lives and places … All gone now. Diaspora. Dispersed. Disappeared’. The romantic lyricism that vivifies images of lush tropical vegetation in ‘The Botanical Garden Suite’ articulates the primary paradox in the experience of transience: what can be remembered if memory is of absence and disappearance? The poems are layered over indeterminate holes, not material histories, patterned as filigree rather than palimpsest.

This poetics of paradox, grounded in vivid imagery, follows the becoming of a ‘lost’ subject in ‘The Middle Distance’, which hinges Asia and Australia. These travel tales, unabashedly erudite, mix the past lamented in ‘Little India Dreaming’ with particulars from foreign lands: sacred sites, domestic scenes, and ordinary folk going about lives that ‘gleaned echoes of our true home, /and the translations that made us neither this nor that / but the people … in the home / that has found us’. Here, the eighteenth-century Romantic ideal of travelling in ‘antique’ lands is repurposed as an existentialist sensibility: I travel, therefore I am.

The final part of the book, ‘Sydney Dreaming’, offers a reversal of the absence, loss, death and paralysing transience present in ‘Little India Dreaming’. ‘Staying Alive’, the opening poem, with allegorical vivacity riffs off songs and figures in Western popular culture – such as the Bee Gees, cosmopolitan Australian émigrés who, like the poet, sing of returning home. Poems of settlement arrive in this new country, where labour wins bounty from an Edenic Nature, and the housed self, freed of the past, lives in the moment. This subject, holding to no religious or political ideology, shakes off the solipsism of the lone traveller in the Australian collective: ‘We are all from somewhere else, bits of Asia transplanted,/ grafted’.

The collection never loses sight of its rhythmic pace in the walking itineraries that thread origin, middle and end. ‘Sydney Dreaming’ is dominated by a first-person flâneur who emerges as Australian Asian, finding a filial self still haunted by the old Singapore. Boey’s itineraries of place and time in Sydney, however, transcend the themes of stasis underscored in Lee Tzu Pheng’s iconic Singapore poem ‘My Country and My People’, which declares: ‘[they] / are neither here nor there’. Walking out of a dream that constrains, the émigré Australian is ‘walking into this story, this dream, this map of longing drawn under the arriving stars’, which liberates and wins the future.

This entry was posted in INTRODUCTIONS and tagged Kim Cheng Boey, Shirley Geok-lin Lim, Zoë Sadokierski. Bookmark the permalink.
Shirley Geok-lin Lim is a Professor in the English Department at the University of California, Santa Barbara. She received her Ph.D. from Brandeis University in 1973, and has also taught at internationally, at the National University of Singapore, NIE of Nanyang Technological University, and most recently as Chair Professor at the University of Hong Kong. Her research interests include Asian-American and post-colonial cultural productions and ethnic and feminist writing. She is the author of five books of poems; three books of short stories; two books of criticism: Nationalism and Literature (1993) and Writing South/East Asia in English: Against the Grain (1994); a book of memoirs, Among the White Moon Faces: An Asian-American Memoir of Homelands (1996), and a novel, Joss and Gold (2001). She has served as editor/co-editor of numerous scholarly works, including The Forbidden Stitch (1989), Approaches to Teaching Kingston’s The Woman Warrior (1991), and Transnational Asia Pacific (1999). Professor Lim is currently at work on a study of gender and nation in Asian American representations.


More by Shirley Geok-lin Lim on Cordite Poetry Review →
Kim Cheng Boey has published five collections of poetry and a travel memoir entitled Between Stations. He taught at the University of Newcastle for thirteen years before joining Nanyang Technological University in 2016.


More by Kim Cheng Boey on Cordite Poetry Review →
Zoë Sadokierski is a Sydney-based designer and writer. She has designed more than 250 books for various Australian publishers, and is Vice President of the Australian Book Designers Association. Zoë lectures in the School of Design at the University of Technology, Sydney, where she runs the Page Screen research studio, experimenting with publication models for limited edition print and digital books. She also writes a column on book culture and reading in a digital age for The Conversation.