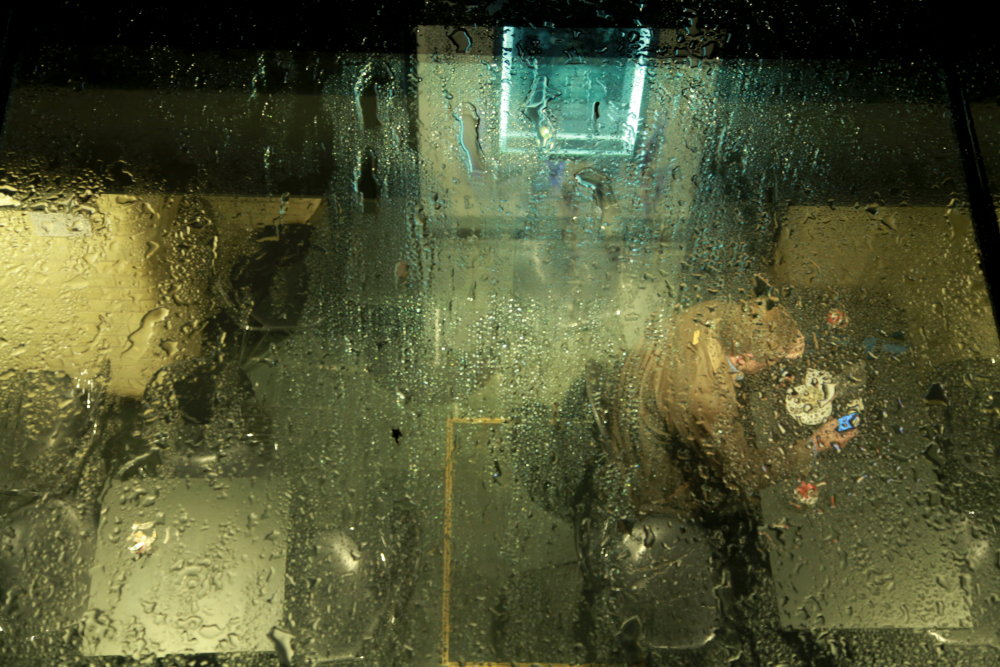 Homings & Departures is a poetry translation project of the China Australia Writing Centre (CAWC) at Curtin and Fudan Universities, and the International Poetry Studies Institute (IPSI) at the University of Canberra. As worldwide borders close and movements are restricted, the project’s title has gained a pressing new relevance. If bodies cannot travel then words, at least, can. In a spirit of nuanced exchange, CAWC at Curtin and Fudan, along with IPSI, continue their creative collaboration at a time when it is increasingly vital.

These poems were first published in Homings and Departures: Selected Poems from Contemporary China and Australia (Qinghai People’s Publishing House, 2018), edited by Bao Huiyi and Hai An. Later this year, an Australian companion volume of Homings and Departures will be published by Recent Work Press, edited by Lucy Dougan and Paul Hetherington, with Chinese translations by Iris Fan Xing.

Wang Ao: Standing at the Gas Station on a Winter’s Night, What am I Afraid of | 冬夜站在加油站我怕什么
Translated by Eleanor Goodman

Leng Shuang: The Fog of Our Age | 我们年龄的雾
Translated by Heather Inwood

With thanks to all the Chinese and Australian poets and translators involved; to Paul Hetherington for the overall conception of the project; to the Director of CAWC at Fudan University, Linjing Jiang; to editors Huiyi Bao and Li Dingjun (Hai An); to publisher Ma Fei, Editor-in-Chief of Qinghai People’s Publishing House; and to Wang Yin for his photograph, which provides such an atmospheric frame for the poems in translation here.


More by Lucy Dougan on Cordite Poetry Review →
Paul Hetherington has published 12 collections of poetry and six poetry chapbooks. A volume of his prose poems, Moonlight on Oleander, will be released by UWAP in June, 2018. He won the 2014 Western Australian Premier’s Book Award (poetry) and was shortlisted for the 2017 Kenneth Slessor Prize for Poetry. He was a finalist in the 2018 international Aesthetica Creative Writing Competition (UK) and the 2017 international Bridport Prize Flash Fiction competition (UK). He is Professor of Writing in the Faculty of Arts and Design at the University of Canberra, head of the International Poetry Studies Institute (IPSI) and one of the founding editors of the international online journal Axon: Creative Explorations. He founded the International Prose Poetry Group in 2014.


More by Paul Hetherington on Cordite Poetry Review →
Alice Whitemore is a writer, editor and literary translator living on Eastern Maar country. She is the translations editor at Cordite Poetry Review and an associate editor at Giramondo. Her translation work from Spanish and Italian includes novels by Mariana Dimópulos (Argentina), Guillermo Fadanelli (Mexico) and Jonathan Bazzi (Italy), and poetry collections by Xhevdet Bajraj (Kosovo/Mexico) and Yaxkin Melchy Ramos (Mexico/Peru). Her translation of Mariana Dimópulos’s Imminence was awarded the 2021 NSW Premier’s Translation Prize. Her essays and criticism have appeared in The Australian Book Review, The Sydney Review of Books, Overland, The Monthly, The Saturday Paper and The Conversation, among others. She has coordinated and chaired a number of events at Melbourne’s Emerging Writers’ Festival, including 2019’s The Art of Translation panel and 2018’s Collaborative Translation and Poetry Workshop. She was a founding member of community arts organisation TransCollaborate: Collaborative Translation for Inclusion, and serves on the committee of the Australian Association for Literary Translation. She holds a PhD in Translation Studies from Monash University. Her translation of Mariana Dimópulos’s Imminence was awarded the 2021 NSW Premier’s Translation Prize.