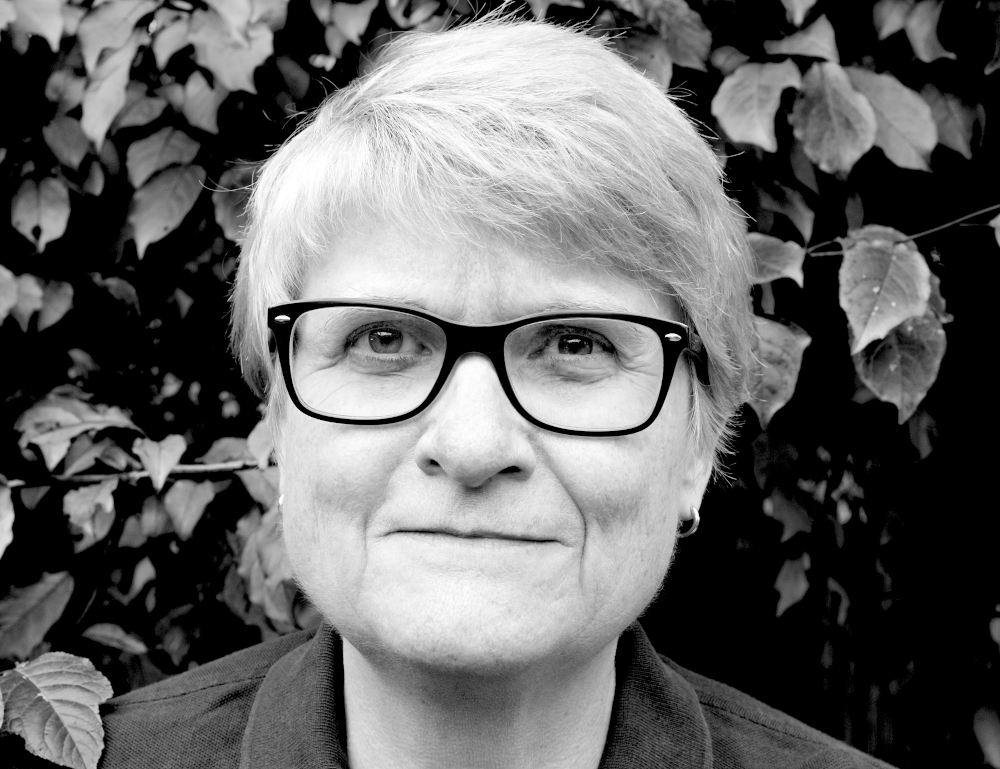 Adelaide poet Jill Jones sits down 1,525.5 km from me, Claire Albrecht in Newcastle, to discuss her sparkling twelfth book A History of What I’ll Become. That’s a lot of ground to cover – along the way we talk grit, sexuality, anxiety, and the way these might be captured by observations and processed by repetition, hesitations, and formal experimentation into a poem. We dig up the sublime and consider shared modes of composition between poetry and a symphony. We die symbolically on the beach. We write to control. Strap in.

Claire Albrecht: Jill Jones! What a pleasure to kick off this conversation. The last we had was in the back courtyard of a gritty Newcastle cafe, and I’m sorry we can’t be face-to-face again, but here we are. Strangely I feel like I’ve been in contact with you this whole time, as I’ve not only been close-reading your 2014 book The Beautiful Anxiety for my PhD exegesis but also following your Twitter observations, which for a while gorgeously catalogued your impressions of local walks during your isolation. I notice your Twitter account has been deactivated – are you still cataloguing your small observations since restrictions have eased? How does a fascination with the (non-viral) micro hold up when we’re all collectively freaking about the macro?

Jill Jones: Yes, here we are, only able to talk virtually, but it is a pleasure. I’m always up for another gritty café chat if this is ever over. Newcastle seems to be full of poets. But, sure, the micro, the local, sure interests me, always has, but I haven’t been as diligent in my iso-walk notations lately. A combination of the fact of leaving Twitter, so that sense of the constraint (280 characters) has gone, as well as the fact that, at least in Adelaide, my movement is freer around the suburbs and into the city. I have even been back into my workplace office a few times since they unlocked the building.

I’ve been re-reading Lorine Niedecker’s work, a process I recommend in these times, and in both the early and later Niedecker there’s that sense of both the associative and, especially in her mid-to-later works, a sense of that base in the local although her reading and thinking was always very broad. She did a lot of research as well. For instance, she collected together many pages of notes and research and did a road trip to write her poem, ‘Lake Superior’, which consists of only 393 words. Her work continually has that sense of the associative and the assemblage.

To me this all raises questions around improvisational practice. What can I fit onto an A7 notebook that I shove in my pocket as I walk out the door. Or simply a scrap of paper I find in the back of my wallet one day. How then to assemble poems out of such notes. The things you hear – ‘“I win again”, says little girl to daddy in the race up the garden path to the front door’ – or what you see through the streets – ‘Day 31: empty bins – empty croquet club – empty bowling club – empty trailer – empty footbridge – seven magpies at the corner of Ormonde Ave and Lloyd Ave’. I’d often find I could come up with a template for the walk on each day, so I’d only write about animals I saw, or plants, or signs. Or only use three-word phrases for each thing. Improvisation doesn’t necessarily imply lack of structure, in my mind, but seeing and feeling what comes to hand, to eye or ear, and find a way of making it into text.

On Twitter the 280-character constraint was also a useful container. And in a longer poem based on the notes, I tried a couple of approaches, like a certain number of phrases per line, or a certain regular mix of syntax. I even tried some kennings: ‘Day 23: shivergrass – mulchcrackle – yellchild – hissbike – dogpuff – crowsight’. Of course, as soon as you rewrite and rearrange you’re changing the thoughts you might have had out there in the street. The kennings, for instance, are both observational and conceptual, as well as sonic constructions.

I think about the observational as simply taking note of what’s before me. But how that becomes a poem depends, for me, on the associative, the juxtaposed, even the accidental. Observation is one part of that complex act of perception and organisation of making a poem, but it does get you, or me at least, to take notice of things outside myself, especially in this time. What are my neighbours doing? What birds are in this area? How to write that. And not just as notes or reportage.

To me, it’s observation as compositional practice, not as consumption or stage setting. It involves listening and seeing whilst passing through and with a place. It’s both passive and active, receiving and translating, as well as being in the place as one among many entities, sentient and non-sentient. The Objectivist ‘thing itself’ is more than that, it’s the thing or things, including me as a human thing, in a situation that also isn’t just singular.

It also has a ring, to me, of something Veronica Forrest-Thomson wrote about in Poetic Artifice, the ‘hesitation between empirical and discursive modes’. I recast that (not sure what she’d feel about it, though), to think about hesitations created through caesura, line endings, page position, punctuation, parataxis, assemblage as well as changes in poetic modes. Forrest-Thomson says that ‘that hesitation is not unproductive’.

And is hesitation a kind of anxiety? Maybe. I think it’s productive, for me. And there’s that first line of yours from ‘annexiety’ in your book pinky swear: ‘anxiety is the millennial condition, says a clickbait article’. So I wonder if you do?

Pages: 1 2 3 4
This entry was posted in INTERVIEWS and tagged Annette Willis, Claire Albrecht, Jill Jones, Lorine Niedecker. Bookmark the permalink.
Claire Albrecht is a Newcastle-based poet. She was the 2019 Emerging Writers Festival fellow at the State Library of Victoria, a 2020 Varuna ‘Writing Fire, Writing Drought’ fellow, and will be a resident at the Helene Wurlitzer Foundation, New Mexico in 2021. Her debut chapbook 'pinky swear' was published in 2018, and she runs Cuplet Poetry Night.


More by Claire Albrecht on Cordite Poetry Review →
Jill Jones was born in Sydney and has lived in Adelaide since 2008. Recent books include Wild Curious Air, winner of the 2021 Wesley Michel Wright Prize, A History Of What I’ll Become, shortlisted for the 2021 Kenneth Slessor Award and the 2022 John Bray Award, and Viva the Real, shortlisted for the 2019 Prime Minister’s Literary Award for Poetry and the 2020 John Bray Award. In 2015 she won the Victorian Premier’s Prize for Poetry for The Beautiful Anxiety. Her latest book is Acrobat Music: New and Selected Poems, published in late 2022. Her work is widely published in Australia and internationally and has been translated into a number of languages, including Chinese, French, Italian, Czech, Macedonian and Spanish. She currently writes and teaches freelance, and previously has worked as an academic, arts administrator, journalist, and book editor.