‘It is a gift for you’: Danny Silva Soberano Interviews Manisha Anjali 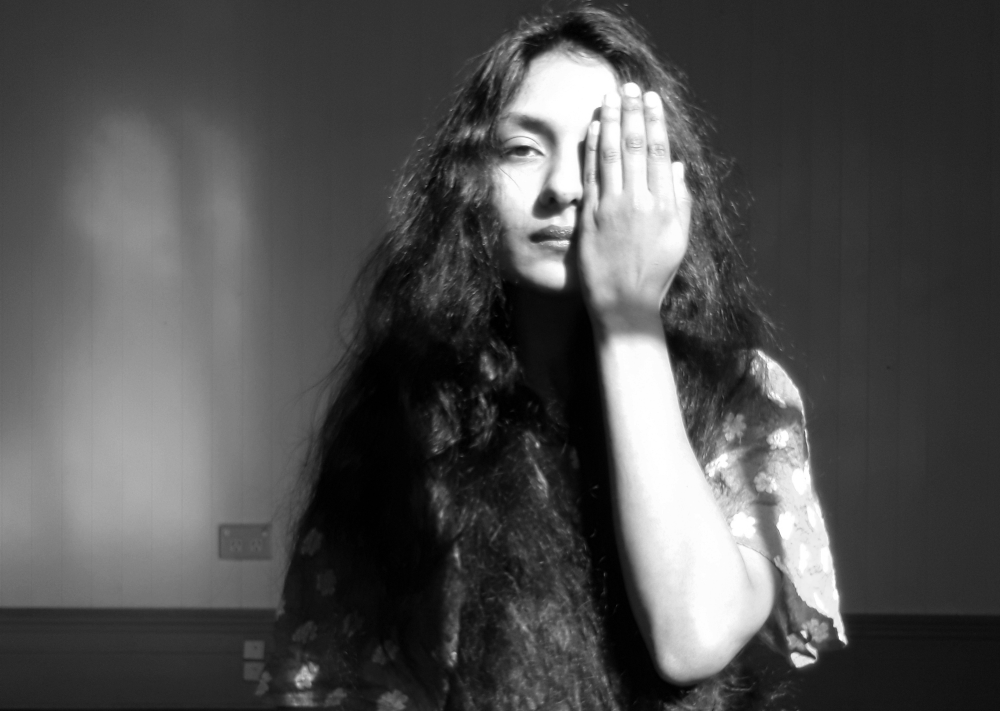 In my mind, Manisha Anjali is most neatly described as a ‘poet’, though her body of work cannot be so neatly classified: she also works in visual and performance art, she produces Neptune: A Dream Archive which is currently collating and publishing pandemic dreams, and she has worked tirelessly as an editor.

This interview began as a conversation one day in early December 2019. I had come to visit Manisha during a period of grief in my life. She welcomed me with a beautiful meal of purple cauliflower baked with spices, chilli oil on the side. After our meal, we walked down Brunswick Street in Fitzroy, when I asked her what she was working on. Her chapbook, Electric Lotus hadn’t been released yet, but Manisha was finalising everything for a late-January launch in 2020. She talked me through her meticulous process of choosing the exact paper and colours she wanted for her collection; publishing with Incendium Radical Library had allowed her to have a say in such decisions. We talked about religious euphoria and music. We talked about our dreams. I’d been having nightmare after nightmare. Manisha’s dreams were much gentler.

Our interview has now transformed into a clean transcript. Our exchange took place over the course of many months across email and Google docs. Here it is now, a record of Manisha’s abiding calm as she speaks of slowness in poetry, being an artist with multidisciplinary interests, and the divine – and – it is a record, also, of my deep awe at her artistry.

Danny Silva Soberano: What is your relationship to editing your poems over time? Does a poem ever really feel finished to you?

Manisha Anjali: Poems can never be complete, because like us, they are alive. They are growing and aging. Poems outlive us by travelling through mouths and ears through time and space. For this moment, my throat and tongue are instruments for cultivation of expression and revision over time.

I am in love with the ephemerality of performance. The poem wants to move a different way each time. I move with it. I put myself in a trance by embodying the rhythm of the poem. Whatever I share in the public space is informed by an act of listening to the poem itself. I found impermanence so pure and thrilling that I avoided publishing anything for a long time.

I now recognise the importance of publishing, for a poem to travel and for it to communicate with future minds. The written word is the blueprint. It is a version of the work, not whole in itself, at least not for me. It can be translated and performed by anybody who reads it in any way they like. I am becoming more comfortable with permanence; it is akin to me becoming more comfortable with my own death.

DSS: Poetry can be a medium that encourages slowness. Your considered way of releasing work stands out in an art culture that can sometimes emphasise quick releases of art. There is so often a rhythm to your performances.

MA: For me poetry does not necessarily encourage slowness. Its lawlessness and freeform supports the speed at which I throw my ideas around. The way I have been writing and performing thus far has mirrored my non-committal and capricious way of being which I feel like is beginning to change. I have always loved being in a state of overstimulation, juggling a thousand concepts at once. Now, I want to embrace slowness and stillness. I want to do this by committing to a big long slow-cooked body of work, such as a novel or epic poem. I feel ready.

DSS: The first poem of Electric Lotus is a list of songs and a QR code that links to the Spotify playlist. I get the sense that this is the soundtrack to the chapbook. Does music tie into your critical interest in spirituality and the sublime?

Pages: 1 2 3 4
This entry was posted in INTERVIEWS and tagged Danny Silva Soberano, Manisha Anjali. Bookmark the permalink.
Danny Silva Soberano is a queer Filipino poet from Werribee. They have previously been published in Mascara Literary Review and in the Tell Me Like You Mean It, Volume 2 Anthology from Australian Poetry. They were also a participant in 'Toolkits: Poetry with Express Media' in 2017. They tweet from @DLRNSLVSBRN


More by Danny Silva Soberano on Cordite Poetry Review →
Manisha Anjali is a writer and artist. She has lived in Fiji, Aotearoa New Zealand and Australia. Manisha is the founder of Neptune, a research and documentation platform for dreams, visions and hallucinations.