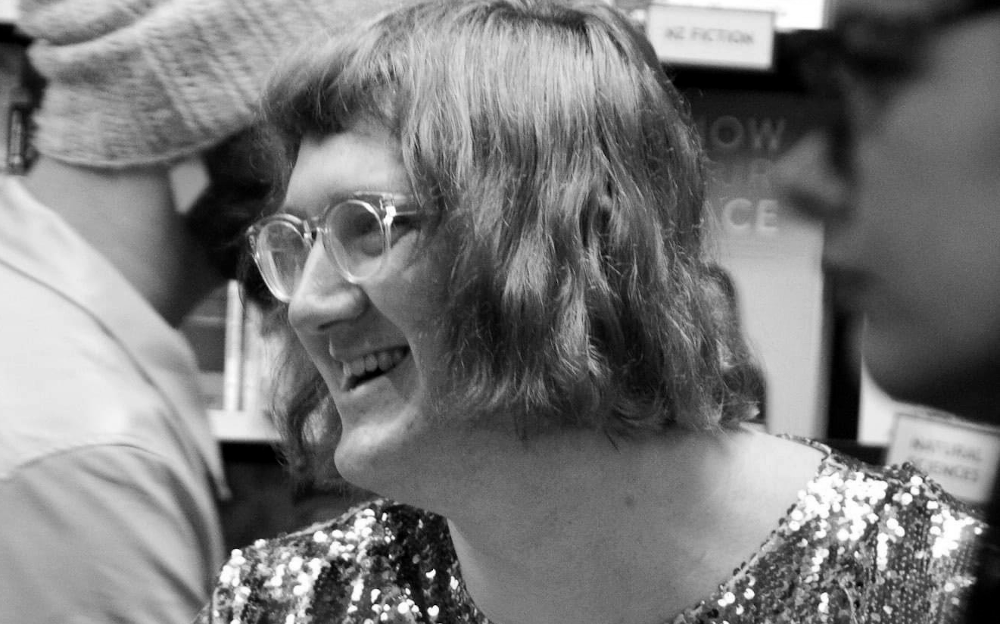 Jackson Nieuwland is a writer born and based in Te Whanganui-a-Tara, New Zealand. They studied writing at the International Institute of Modern Letters (IIML) at Victoria University, graduating in 2015. Together with Carolyn DeCarlo they run Food Court, an ongoing zine and reading project. Jackson is one of the most special and important young writers in New Zealand, namely for their clever, experimental writings, but also for the enormous support they give many other writers and the community they uplift. Earlier this year they released their first collection of poetry, I am a human being with Compound Press. Over August we discussed their book, ways of (re)imaging our bodies, and the power and limitations of language.

Hana Pera Aoake: Ngaa mihi o te poo Jackson, I just wanted to begin by saying congratulations and that I think your book is really special. Mihi atu ki a koe me to pukapuka ataahua.

I guess what I love about I am a human being is how you frame the body as being expansive and able to be reimagined and reconstituted. It speaks to ways of imagining and understanding ourselves and our world that feels very pertinent to this current moment. To start our koorero, I wonder if you could comment on this and how it resists the very patriarchal and colonial mode of oppressing our bodies and relation to other living beings into categories?
Jackson Nieuwland: Kia ora Hana. Thank you so much for your generous reading of my book. It means the world for a person and writer who I admire so much to engage with my work with such depth.

I’ve spent much of my life feeling out of place and uncomfortable. I’ve never really felt as though I fit in anywhere. I’ve only recently begun to gain an understanding of why this is.

The patriarchal, colonial, capitalist society that we live in is obsessed with categorisation. People need to be categorised in order to be productive. People need to be categorised in order to be controlled. We are always being pushed to be just one thing. In order to be a valued member of society you need to work a full-time job in a socially accepted field. Outside of work you can have one hobby or interest that matches your gender/socio-economic status/education. Some people seem to thrive within this system, or at least make it work for them. These people are usually straight white cis males. This system of categorisation is harmful and dangerous for those of us who are not just one thing; those of us who are many things or straddle the lines between things.

Even before I had the language and concepts of non-binary gender, I have always pushed towards being multiple things at once. I remember when I was a serious basketball player: for the vast majority of people I played with basketball was their whole life, but it was never my whole life. I wanted to write and make music. That’s actually how I began using the name Jackson Nieuwland. My full name is Thomas Jackson Nieuwland du Chatenier. That was too long for everyday use, so I grew up using the name Tom du Chatenier. Everyone from basketball knew me as Tom. So I decided to write under the name Jackson Nieuwland. That was how I would trick the world into letting me do two things. I haven’t touched a basketball in years. Now almost everyone knows me as Jackson.

As a child I danced around in front of my family wearing nothing but a pink tutu. In primary school, I wanted to play netball, but I wasn’t allowed to because I was a boy. Girls made fun of me for wearing tights. For a while ‘Barbie Girl’ by Aqua was my favourite song. Friends questioned why my nails were painted and I came up with excuses. Only this year have I regained the confidence to wear skirts again. I’m still nowhere near to dancing in front of people.
I wrote the poems in I am a human being as an escape. They were a way of not being human anymore, not living in this world anymore, not being myself anymore. But I always knew that the characters in these poems were a part of me. Each one is a version of me. The speakers in these poems are simultaneously me and not me. Together they add up to some sort of self-portrait. It’s a portrait that couldn’t be created solely through concrete description of my body and actions. Language and imagination are such a key part of who I am that any depiction of me that doesn’t include metaphor, simile, wordplay, and puns is incomplete. The reason that I say I am all of these things is because I AM ALL OF THESE THINGS, no matter whether society accepts that or not. I am a dog. I am a river. I am a cone of blue light. I am a liar. I am a bottomless pit. I am a mermaid with a cock.

HPA: As I understand it, your tattooist also contributed illustrations to your book, could you talk a little about your decision to do that?

JN: It was a pretty simple decision for me. I’ve always enjoyed books having pictures in them, I’ve even gone as far to say that all books should have pictures in them. In my mind it’s just another tool that we can use when making a piece of writing, the same as font, colour, layout, etc. If we have these tools available, why not use them?

I had a few different ideas about possible illustrations for I am a human being over the years. At one point I thought it would be cool to make it a flipbook, with a little stick figure at the bottom of each page, interacting with the page numbers, but I never got organised enough to make that happen. Later I thought I might illustrate it myself with some of my terrible drawings of human beings, but I didn’t end up having enough faith in those pictures. I’ve always wanted to draw but I get too frustrated by my lack of skill and I don’t have the drive to make myself practice enough. Then for a while I just accepted that the book probably wouldn’t end up having pictures in it until my publisher Chris Holdaway brought up the possibility.

The idea of the tadpole morphing into a butterfly is just something that popped into my head one day. I also thought about having a caterpillar transforming into a frog. They both seemed like perfect metaphors for transness to me. Steph Maree was the first person I thought of when considering who to get to draw the images. She’s done several tattoos for me and her style matches what I imagined for these pictures. It was really cool to be able to offer her some paid work during lockdown when she wasn’t able to tattoo people. And then as soon as we got out of lockdown, I got her to tattoo them on my lower back.

Pages: 1 2 3
This entry was posted in INTERVIEWS and tagged Hana Aoake, Jackson Nieuwland. Bookmark the permalink.
Hana Pera Aoake (Ngaati Hinerangi me Ngaati Raukawa, Ngaati Mahuta, Tainui/Waikato, Ngaati Waewae, Kaati Mamoe, Waitaha) is an artist and writer based in Te wai pounamu, Aotearoa. Hana published their first book, A bathful of kawakawa and hot water in 2020 with Compound Press. Hana holds an MFA in Fine art from Massey University (2018) and was a participant in the ISP programme at Maumaus des escola artes (2020). Hana is a current participant in Regional assembly, an artist-led online studio programme connecting cultural practitioners working in regional and remote geographies across the Asia-pacific.


More by Hana Aoake on Cordite Poetry Review →
Jackson Nieuwland is a genderqueer writer from Pōneke. They are the author of I am a human being (Compound Press, 2020) and the co-convenor of Food Court, a reading and zine series. They have eyes in the back of their head but they’re covered by skin.