Sublime Necrophilia or Ceasing To Exist in Order to Be : On Translating Kim Kyung Ju’s I Am a Season that Does Not Exist in the World 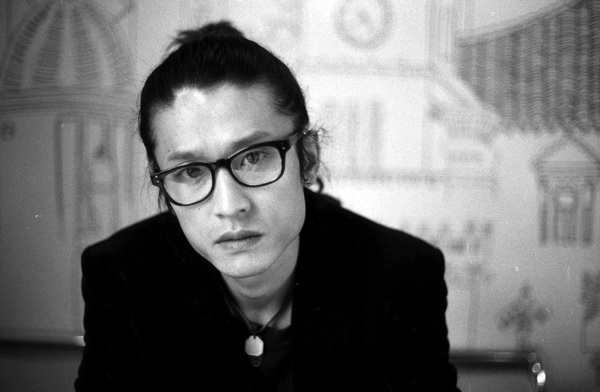 The tradition of the oppressed teaches us that the ‘state of emergency’ in which we live is not the exception but the rule. — Walter Benjamin, Theses on the Philosophy of History VIII

Like the male dusky antechinus, an Australian marsupial, translation has an unusually long mating period. For 14 hours it fucks so vigorously that its stress hormones overload, causing its immune system to collapse. It performs the sexy death. A lethal transfer of life. Or is it a deathy sex?

The translated text can ‘be turned against itself to make the most familiar, original and reassuring expressions of value into the most foreign, derivative, and threatening of apparitions,’ (Newmark 53).

Meanwhile, in the foreign nation of spooky apparitions (the ghosts I publish is called America), the translated is funky as a foreign text, an immigrant, and is almost always ghettoised, sent to the specialty press, published with other translations, made into a ‘voice of color’. World lit. Spit like PoCo. Unless not so. And even if so, the translated text, like the assimilated / un-assimilated daughter of the immigrant experiences what the humanist geographer Edward Relph called existential outsideness, ‘a self-conscious and reflective uninvolvement, an alienation from people and places, a homelessness, a sense of unreality of the world, and of not belonging’ (Relph 51). Conversely, existential outsideness can result in what Lukacs’ called ‘transcendental homelessness’ in his Theory of the Novel. Transcendental homelessness reflects the longing for a spiritual and emotional home that no longer exists in a world without God. However the algia (pain) of the nostos (homecoming) in a translation is a nostalgia for the nowhere no-land of an impossible universalism made seemingly possible through its repeated negation.

Existential outsideness and transcendental homelessness are two sides to a Janus faced coin whose value indicates that there is no home and God is gone: therefore woman has to take it upon herself to make Eden wherever she is. Or as Kim Hyesoon said recently, ‘I live in a country named Kim Hyesoon.’ Insider culture builds a wall around itself and locks out cultures of difference. Only outsider culture can make itself large enough to swallow insider cultures by challenging the sovereignty and borders that create extreme forms of difference and alienation.

Translations resist easy categorisation, and in doing so reveal the ultimate ‘existential outsideness’ (death) inherent within all literary texts, as Paul de Man argues. Simultaneously they are also driven by a transcendental homelessness, or desire for universal belonging. Because translated works are like ghosts who could pop out from under the bed and wake the children at any given time, they are a constant source of anxiety for static definitions of a nationalist state, language and culture. Never entirely assimilated, but no longer completely foreign, the translated text is always jumping fences, walking through walls, crossing borders, scaring people in the scariest place of all: their imagination.

Translations vacillate between marginalised populations of different cultures and languages, making contact between the living and the dead. In this way they urge us to rethink either / or categories, blurring margins of linguistic difference and oppositional thinking that classifies and divides nations, people and cultures. Translators then are like Gloria Anzaldua’s neplanteras who are the:

supreme border crossers (who) act as intermediaries between cultures and their various versions of reality and like the ancient chamanas, move between the worlds. They serve as agents of awakening, inspire and challenge others to deeper awareness, greater conocimiento, serve as reminders of each other’s search for wholeness of being. (Anzaldua, 78)