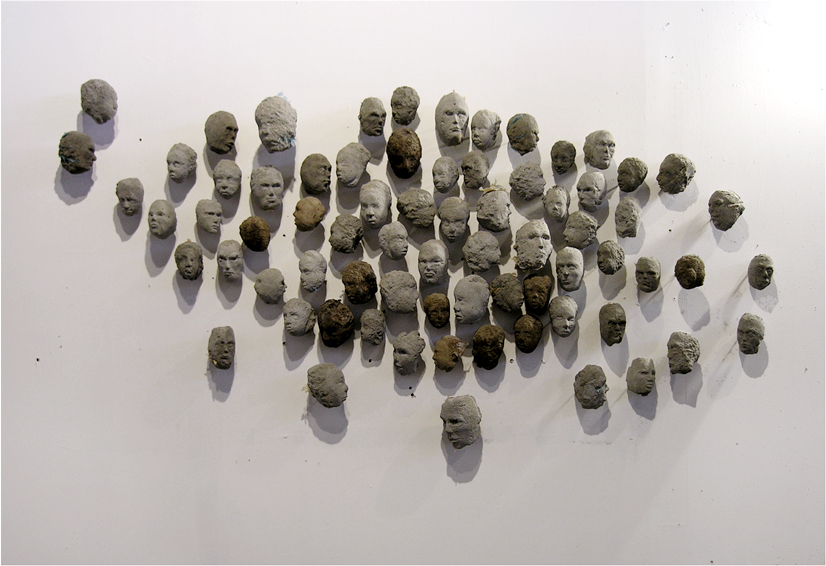 When delivering a thesis presentation based on rethinking the methodologies for reading Aboriginal Australian poetics, a fellow postgraduate student asked me, ‘Do you consider your thesis political?’ I was momentarily floored. It was a question I had expected, and yet had not been adequately prepared for. In fact, as it turned out, the question was meant sincerely. As I asked the student in question, it seemed as if it had been asked as an attempt to invigorate and deepen conversation, rather than challenge my research findings. However, as I struggled to talk myself around the question itself, I came to realise that the many hours I had put into my thesis – attempting to raise critical questions regarding the cross-cultural effect of a political, post-colonial poetics might have succumbed to the very pitfall responsible for the fall of the much-maligned moniker, ‘multiculturalism’ that now spells death for any progressive contemporary research attempted in the Arts.

A phrase drawing on the utopic, socially-cohesive imagined future of Australia, ‘multiculturalism’ is now just as resonant for false ties of kinship, superficial cultural connections and eliding real cultural growth as it is for productive cross-cultural conversation. If you mention the word in a grand lecture theatre or any dank tavern across the country, you will be received by a blurry-eyed glare across a frothy beer glass or a lectern, with the result being largely the same – multiculturalism, cosmopolitanism, whatever you want to call it – is not fashionable anymore. However, the impetus remains to present cross-cultural work, or at least that was how I saw it as I began my PhD research. Now I feel as though a real multiculturalism should be revitalised out of spite to the forces making it so unpopular (is this not the case already, with so many axioms and theoretical concepts developed in recent years, such as ‘comparative’ or ‘world’ that make the case for a cross-cultural way of thinking?).

But back to the scene of the crime and to the wide-eyed faces of my peers. It was with a sense of self-effacing horror that I realised as a non-Indigenous academic researcher, I had somehow managed to unconsciously trivialise and politicise the subjectivity of the voices I was trying to explore within academic scholarship. The question resounding in my head was: can research on Indigenous arts be raised in critical conversation without being said to be automatically, and inherently political? Such a question led to a multitude of unwarranted, unconscious reactions on my part (‘oh gosh, perhaps this is how Toni Morrison felt when she was asked why she didn’t write about white people!’). I raise these issues self-effacingly here firstly to highlight the necessity that might grate on Indigenous Australian authors, poets, songwriters, playwrights, artisans and many other cultural producers; as they are asked to subscribe to a certain authenticated Indigenous subjectivity or cultural identity within a community, but also to primarily acknowledge the inestimable legacy of Indigenous thinkers in Australia today as progressive, intercultural literary figures – as was the point of my presentation. Perhaps I hadn’t made my point clear enough.

Following what seems like a century of work on ‘minor literatures’ by august scholars of the likes of Gilles Deleuze, Felix Guattari, Franz Kafka, etc, I sought to work in concert with the theory that to write in a minor language is itself a politicised act, and thereon, to suggest that to write in a minor literature means that – while remaining embedded in politics– we can give it the flexibility, interagency and fluidity of a majoritarian one (2003). To extend these principles in relation to the onslaught of a ‘political’ presentation, I set myself a somewhat dubious task; laying the groundwork for a study of poetics to become intimately entangled with not only its own ‘political immediacy’ as Deleuze and Guattari highlight in their work on Kafka, but the ubiquity of surrounding universes (and universals) in taking up the mantle of a multicultural legacy (n.p.).

Specifically, I pose the speculative question that poet and activist Lionel Fogarty of the Yoogum and Kidjela peoples in Southern Queensland wields a highly complex cross-cultural vernacular, and as such, we should read his breakages in the English language not merely as a ‘offensive weapon’ as many more erudite scholars than I have posed, but as a intermediated straddling of both sides of a borderspace in producing a relational poetic. Such a finding corresponds with a seminal work produced by a father figure of Martiniquan literature, Edouard Glissant, Poetics of Relation (1999).

In his book, Poetics of Relation, Glissant suggested that the intercultural exchanges in the Caribbean could relate complex processes of cultural exchange in the wider world. Heavily informed then, by creolisation, a Poetics of Relation can be described as ensuring that within cross-cultural contact or exchange, one’s culture is both opaque, resistant to objectification or nullification, and yet, is relational, able to be mutually affect others, and be affected. He writes (in an able translation provided by Betsy Wing), ‘The thing that makes the understanding of every culture limitless is precisely the thing that allows us to imagine, without approaching it, the infinite interaction of cultures’ (Poetics of Relation 172).

For a better understanding of a Poetics of Relation as a quasi-methodological concept relating to literary texts, consider Glissant’s Relation in a visual form; in the mixed media installation Congregation, an artwork constructed by South African artist Ledelle Moe. In 2006, Congregation was installed in Miami’s Perez Art Museum during a conference on Glissant’s legacy suitably entitled, ‘Poetics of Relation’, and in 2014, it was reproduced in Glissant’s hometown of Martinique, for the Martinique Biennale. 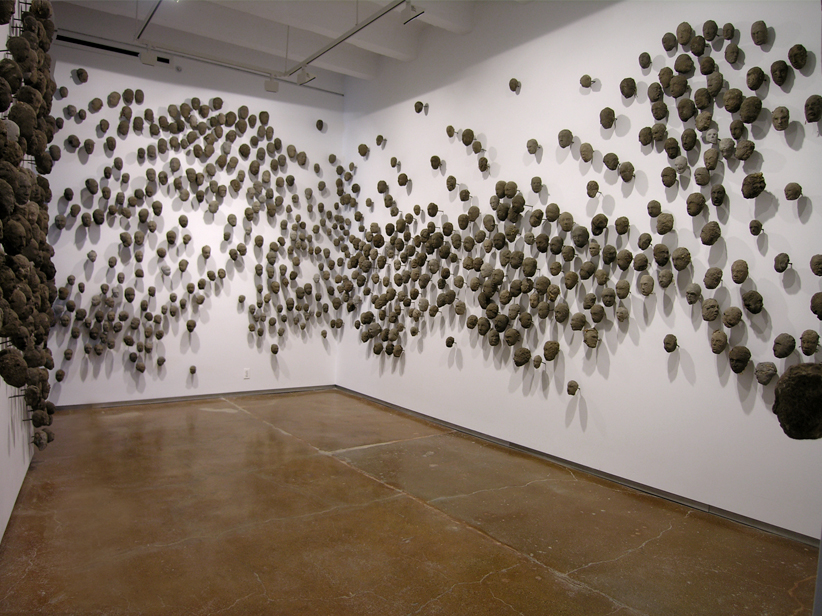 Pages: 1 2 3 4
This entry was posted in ESSAYS and tagged Ali Alizadeh, Dashiell Moore, Édouard Glissant, Gilles Deleuze, Gloria Anzaldua, John Kinsella, Ledelle Moe, Lionel Fogarty, Stuart Cooke. Bookmark the permalink.
Dashiell Moore ia third year Ph.D. student and tutor at the University of Sydney. The title of his thesis is ‘A Relational Poetics: Rethinking Comparison’, which concerns a critical appraisal of comparative literary studies and the binds that eventuate for post-colonial writers. He has a wide range of scholarly interests, varying from Caribbean Studies, Indigenous Australian literature, post-9/11 poetics, and the intersection of baseball and popular culture.