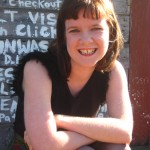 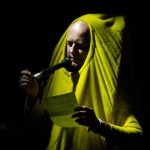 There is only one appropriate way to begin my first news post as Managing Editor of Cordite – that being to extend, then extend further, then possibly dislocating my e-arm in extending further still, a massive thank you (for all the poetry, fish, insight, editorial and wit) to David Prater, outgoing ME. Handing over an established publication can be an exercise fraught with pitfalls, especially if it’s in a state of massive disarray or has been bobbing along, sans rudder, for an extended time.

This not the case for Cordite.

Now in 2012, as it has for many years, the publication hums, thunders, critically engages and charms its way along a trajectory that elucidates Prater’s fine control of what an online poetry review can be. Indeed, should be. Eleven years under his pioneering helm – with quality help along the way from a fantastic team of editors and publication founders – and the publication is in exquisite shape, widely read and is of impeccable quality.

It’s primed to publish another 39 issues and beyond – a most impressive place for me to begin.

And so I begin.

It is with great pleasure that my first act in managing Cordite is to announce the appointment of poet, editor, thinker extraordinaire and literary gadabout, Emily Stewart, as editor for our new blog: GUNCOTTON.

That’s right. This new space will directly, organically engage with Australian writers and thinkers from every corner of ‘here’ and numerous points abroad. GUNCOTTON will be an entertaining and engaging conduit to further engage with work inside the journal, promoting it to a more global reach than exists now – engaging with international poetry zeitgeists in so doing – and to broaden the scope of what an ‘Australian poetic’ is. Emily is well-suited for the task.

So, just what is a ‘guncotton’ anyways? It’s a material that was accidentally discovered by Swiss-German chemist, Christian Friedrich Schönbein, in 1838 when mixing up cellulose forms with nitric acid, trying to best the lowly capabilities of garden variety gunpowder.

Guncotton is rocket fuel propellant, aka nitrocellulose. But it’s a mild explosive, in deference to its cordite parent. When mixed with camphor, it creates a substance that was first used to manufacture billiard balls. It’s a base ingredient for printing ink and, before 1930, was an active element in X-ray paper. Before 1951, 35mm films for theatrical release were made from one of its cousin compounds. The Jazz Singer, anybody?