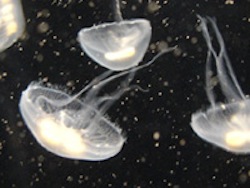 Usually I despise the practice whereby editors place their own work in an issue of the publication they're editing. Apart from denying a place to someone whose work is probably better, such actions often signal a kind of desperation, a “look at me” attitude or, to put it bluntly, a crude vanity best ignored, if not completely forgotten. All of which does little to explain the placement of one of my poems in the current issue of Cordite.

The fact of the matter is that this issue, Editorial Intervention, is devoted to specifically to poetry editors. It's also our twenty second issue in total and our fifteenth online. Further, it's the first issue we've run in our nine year history for which we have no money to pay contributors. This is mostly due to the fact that we've just acquitted our third grant from the Australia Council – leaving us with some breathing space before applying for funding again next year.

When I first sent invitations out to editors far and wide, I didn't expect much of a response. In fact, I expected that most editors who also write poetry would be far too busy to send poems to Cordite. How wrong I was! Of all the editors I contacted, only one or two declined the invitation – making this the largest collection of poems in one issue of Cordite since our huge double issue (#6&7) in 2000!

Of course, I'm still putting off justifying the inclusion of my own poem (Dead Poem Office) in this issue. In some respects, I thought to myself that if we were including poems from other Cordite editors (including founding editors Adrian Wiggins and Peter Minter), as well as other past or present editors, then surely it would be okay to add my own small contribution? I mean, the theme's Editorial Intervention – that's what it's all about! Surely?

Despite these soothing words of justification, the issue is still an uncomfortable one for me. It's the first since #16 Search where I have had personal responsibility for selections – in that instance, I cleverly disguised my own poem as a “Foreword”, thus deflecting any potential protests (there have been none). In the present case, however, my poem was written specifically with this issue in mind – and inspired mostly by the editor's saddest task: having to write rejection slips to poets whose work can't be included in the magazine.

The Cordite inbox is a dead poem office – in the same way a dead letter office collects letters never delivered or returned – filled with poems that will never be published, written by poets whose addresses often change, and whom we may never hear from again. Indeed, over the years we have published several poems by poets whom we have failed to get in touch with – and who may still not know that their work has appeared here. This makes me think of the transient and ephemeral nature of the web as a medium for text.

But enough with the introspection! Check out the amazing talent on display in this issue – fourty poems by over twenty poets who moonlight as editors (or is that the other way around?), together with interviews, features and images from the editorial world. I hope you enjoy it.

For our twenty third issue, we're changing tack again – another free issue, due out in early 2006. This time, however, we're calling for submissions from any place on planet earth. Visit our submissions page to find out more about Children of Malley!

This entry was posted in ESSAYS and tagged David Prater, editing, editors. Bookmark the permalink.
David Prater was Cordite's Managing Editor from 2001 to 2012. His first poetry collection, We Will Disappear, was published by papertiger media in 2007, and Vagabond Press published his chapbook Morgenland in the same year. His poetry has appeared in a wide range of Australian and international journals, and he has performed his work at festivals in Australia, Japan, Bulgaria, Canada, the United States, the Netherlands and Macedonia. He has also undertaken two writers’ residencies in Seoul, Republic of Korea, and has worked extensively as a teacher, editor and researcher. He currently lives in Stockholm, Sweden.