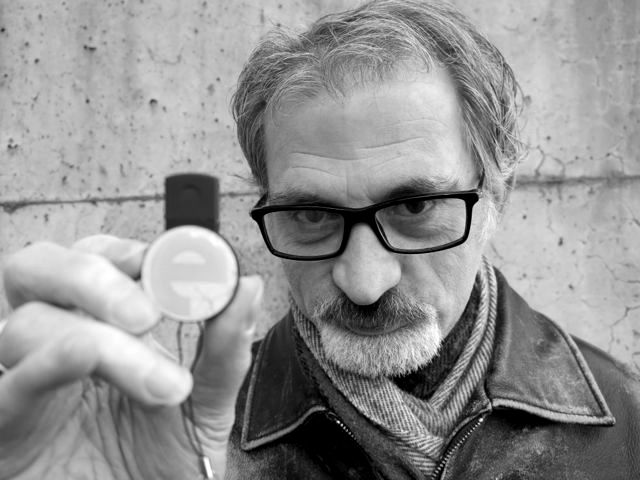 Talan Memmott is Assistant Professor of digital media and culture in the Digital Culture and Communications program at Blekinge Institute of Technology and an internationally known practitioner of electronic literature and digital art with a practice ranging from experimental video to digital performance applications and literary hypermedia. In June 2011 I met with Talan to discuss the history of beehive Hypertext Hypermedia Literary Journal, which he founded and edited.

David Prater: So, can you perhaps start by telling me a bit about the origins of beehive, and what sorts of works you considered for the journal?

Talan Memmott: It was [called] Beehive hypertext hypermedia literary journal – so hypertext applied, hypermedia applied, and literary applied – it could be all in one thing, or two out of three or just one – but then part of the issue was, well, how do you present these works? Lit journals or online literary journals in 1998 were very very flat, under-designed, not taking advantage of anything the web offered except for distribution – which bugged me, because there was a lot more potential there that could be explored. So Beehive was trying to fill a gap there, to represent electronic literature but also to give a more design-rich publication venue for what could be considered paper-based literature.

DP: Can you talk to that a little bit – who did the design, and to what extent were the contributors involved in the design of their pieces?

Well, it actually requires some background stuff. I mean, Beehive started and really remained throughout its time as a publication associated with Percepticon, the web development company I was working for. We had a photography journal, called Temporal Image and Beehive, and these were not necessarily a subset but an extension of presenting practise through what was a fairly corporate web development firm …

DP: What was the web development firm’s motivation for doing that?

TM: Well a number of things. I mean, we did do a lot of work for non-profit organisations and we, I mean, they paid for the service but they were discounted so we were trying to be, actually, a socially responsible web development firm. Presenting ourselves in a different context from other firms was important at that time. So, to a certain extent, we had the skills, and we used our skills in a way that would promote what web development firms should be doing – or could be doing, not necessarily should – in also advancing the field of cultural practice on the web. So it was important to us politically, socially and as a company.

DP: You mentioned before at that time most other journals were not taking advantage of the kind of technical things that were possible even then can you think of any other kinds of journals at that time that were doing those things?

TM: Well in terms of the journal, the electronic literature thing, I became completely aware of it in the early 1990s, and actually kind of playing off of Storyspace and some of those kinds of works, but in terms of journals at that time, there was Perihelion, which became Riding the Meridian, which did take advantage of these things. I think toward the end of Beehive, Drunken Boat was just starting, which began to take advantage of these things.

I mean, I can think of a number of reasons why things appeared flat. One is because of working as a designer and programmer, I had a different view of what the web offered, and also because of working in the industry I had the skillset required to do these sorts of things. So I had a different perspective on what could be done, I think at that point.

I think there was a ramp-up between say 1996 and 2000 as to these journals becoming what they would become. I mean, a lot of them have faded away. So I wonder what the significance of an online publication is at this point. That’s a whole different topic …

DP: Can you at tell me about the design process from a technical point of view – how was the site created? What tools did you use? What sort of coding did you have to do yourself – for example was it hand-coded?

TM: Okay, yeah [laughs]. With Volume 1 of Beehive in 1998, the design, coding, editorial, curatorial were all done by me. So to a certain extent it was my view of what the field was, and my view of what could happen in terms of design. When I look back at what Volume 1 actually looked like (and this is interesting for me to think about), we started out with this very bold set of colours, and it was this really kind of vibrant honey-yellow, and deep black, and a crimson, or puce [laughs] or bright red – the hex code was #B90000, I remember that – that’s the ‘Beehive red’, to me …

DP: Hasn’t that been banned under some kind of international convention?

TM: But as the journal matured, each volume went through substantial design revisions, and if you go through (although you can’t really access all the volumes anymore), thinking about the way they operated, the colours appeared much more in your face in Volume 1 and then by the final volume, which is Volume 5, you know, the bold yellow is replaced by this …

TM: Yeah, almost beige. And the red has a little more blue in it, and the black is a little more grey, so it just kind of morphs over time. I mean, I call this colour [the beige], ‘nougat’, so the honey at the end became nougat by the end of the process.

Pages: 1 2 3 4 5
This entry was posted in INTERVIEWS and tagged David Prater, mez breeze, Talan Memmott. Bookmark the permalink.
David Prater was Cordite's Managing Editor from 2001 to 2012. His first poetry collection, We Will Disappear, was published by papertiger media in 2007, and Vagabond Press published his chapbook Morgenland in the same year. His poetry has appeared in a wide range of Australian and international journals, and he has performed his work at festivals in Australia, Japan, Bulgaria, Canada, the United States, the Netherlands and Macedonia. He has also undertaken two writers’ residencies in Seoul, Republic of Korea, and has worked extensively as a teacher, editor and researcher. He currently lives in Stockholm, Sweden.