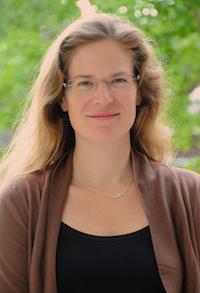 Maria Engberg is a lecturer at Blekinge Tekniska Högskola in Karlskrona, Sweden, a researcher in digital media and literature and my colleague in the ELMCIP project. I caught up with her in August 2011 before she jetted off to Georgia Tech in Atlanta to undertake a semester-long teaching exchange.

Can you remember the first work of electronic literature you accessed/viewed/read?

That’s a good question. I think I have a series of three, around the year 2000. I can’t really remember which of them came first but it was afternoon: a story by Michael Joyce; riverIsland by John Cayley; a shorter work by Stephanie Strickland called The Ballad of Sand and Harry Soot.

Can you describe what you remember of the experience of interacting with these digital pieces?

I had already worked quite a bit with digital media, so I was aware of the digital environment. I didn’t feel frustrated by the kind of ‘click and read’ that a lot of scholars talked about – even the aesthetics of frustration that came up in certain scholars’ work – so I didn’t feel that but it certainly challenged the way I saw literary reading. It was postmodern, or what I associated with postmodern, even though some of the texts felt very modernist, or in other cases (particularly in the poetic pieces that I then read) didn’t seem to adhere to a postmodern literary model – so it certainly challenged a lot of those pre-conceived notions of what literature could be, regardless almost of genre or style.

Were you in Sweden when you viewed those works for the first time?

Can you remember the sort of work set-up you had there – was it at a university?

Yes, I was here at BTH, I was a student and I was helping the then professor, Danuta Fjellestad, organise a series of conferences and workshops, and I remember that they brought in afternoon: a story and put copies of it in our computer room, and I read it on, you know, an old Windows machine I would imagine. 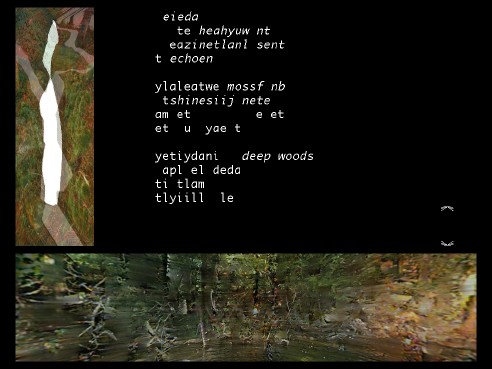 How was electronic literature viewed in Sweden at that time?

It was completely unknown. I had started thinking about combining the work I had already done – by then, seven or eight years in digital media and computers – with my studies in American literature, so I had talked to some of the Faculty here, and we’d looked at some websites featuring digitised poetry, so we found things like TS Eliot’s The Waste Land in hypertext but also some Swedish repositories of different kinds of digitised literature – scanned, I would say. So that was what people would know when you talked about digital literature.

Okay, so were you aware then of any kind of Scandinavian electronic literature scene?

The examples that we looked at were mostly scholars trying to make print material, particularly older literary works, online – so they belong to what we would call digital humanities today. As concerns digital writers, I didn’t know of any, [but] I later discovered that Karl-Erik Tallmo had done some hypertexts in the 1980s that don’t really work any more. After a while I learned that there were people working in terms of scholarship in Norway and Denmark but again, not a lot of writers or a literary scene.

There’s still not a lot of Swedish [digital] writers but they often do work in both print and digital forms. One of them is Johannes Heldén, and he belongs to a group of writers that I would call ’language materialists’ – if we think of L=A=N=G=U=A=G=E poetry in the American context with Charles Bernstein and others, Kenneth Goldsmith, and those kinds of people. Then, in the European context we have Caroline Bergvall or Kenedin Christianberg, Christian Yde Frostholm, or (in Canada) Christian Bök. You know, those kinds of people.

So there’s a set of writers and poets in Sweden who’ve been working in this field for a long time – Anna Hallberg, Jörgen Gassilewski, and some others. I actually met a few of them in 2005 when I gave a talk about digital poetry, and they understood the basics of thinking about this as a materialist practise, particularly growing out of concrete poetry (which some people would call neo-avant garde) but also collage, and particularly cut-ups and those early modernist and Dadaist experiments of automatic writing.

They were aware of that, and I think Johannes Heldén’s work partly grows out of that history, although he’s also a visual artist and also has a lot of other things going on in his work. But I think still that they are quite firmly set in an avant-garde tradition and quite aware of it.