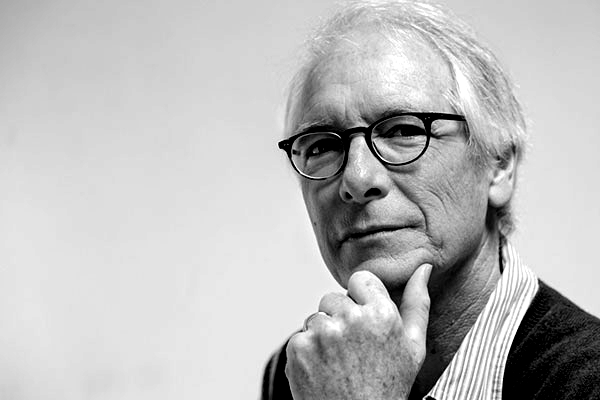 Paul Kane is the Professor of English and Co-Associate Chair of English at Vassar College in the Hudson Valley, 75 miles north of New York City. In addition to being a prolific poet and scholar of American literature, he is one of the world’s foremost scholars of Australian poetry. He studied at the University of Melbourne as a Fulbright Scholar to Australia in 1984-85, and has, since 2002, served as Artistic Director of the annual Mildura Writers Festival. He is also the poetry editor of Antipodes: A Global Journal of Australian/New Zealand Literature, and was recently named General Editor of the Braziller Series of Australian Poets. I caught up with Kane over a couple of coffees in Melbourne recently, and the following interview is the result of this conversation.

Ali Alizadeh: There’s so much to talk to you about, but I thought I’d start by asking about what it means to be a poet as well a poetry scholar and a critic. What’s the use of writing about writing? Shouldn’t we, as some would have it, let poems speak for themselves?

Paul Kane: Well, if I may speak broadly (that is, reductively), I think there are two operations at work here. Poetry is primarily concerned with knowing, while criticism and scholarship is involved in understanding. Poems are ways of knowing the world, they convey an experience of the world (including the poet’s inner world), which we apprehend through an analogous experience in reading or hearing the poem. As in the structure of metaphor, there is some sort of transference that takes place. But that’s not the same as understanding the experience. Knowing can be intuitive, but understanding – as I’m using it here – is more analytical, more an attempt to place experience in context and come to terms with it cognitively. Poems do speak for themselves, as you say, and we need to listen to them. But the critic and scholar want to understand the import and significance of poems and poets and poetic movements, to get closer to what it all means. As someone engaged in both endeavors, I have to say they feel like quite different processes. I realize this is a highly schematic (and eminently deconstructable) way of answering your question, but I think this dichotomy goes all the way back to Plato at least, to his agon with poets.

AA: I’m delighted to know that you’re interested – perhaps even invested – as I am in Plato’s idea of there being an ‘ancient war’ between poetry and philosophy. In your magnificent book Australian Poetry: Romanticism and Negativity (Cambridge UP, 1996) you draw on the philosophy of Hegel and notions developed by Freud, among others, as a strategy for reading Australian poetry. Is this an attempt at reconciling the warring factions, or are you upping the ante? How can philosophy help us better understand poetry?

PK: Yes, it’s interesting that in Plato’s time it was already an ‘ancient’ war. And I’m afraid my book probably adds fuel to that fire: philosophy (including psychoanalytic thinking) steps forward as theory (to give it its current name) and attempts to understand the course of Australian poetry in light of romanticism and concepts of negativity. It’s a kind of master discourse (i.e. chalk one up for Plato’s side). At the same time, the individual chapters try to offer up some experiential sense of individual poems, to particularize them and enhance a reader’s engagement with them. In my own reading, good criticism sends me back to poems with a fuller appreciation and that makes for a deeper experience of the poems. My hope – my aim, actually – was to make that process happen for others. Of course, in this debate, we tend to think the angels are on the side of the poets, so chalk one up for them.

PK: OK. Let’s see if I can explain. In many ways that book was of its time (or even of a slightly earlier time): romanticism and theory had a kind of reciprocal relationship back then. I think the arguments put forward still hold, but I would write a different book now because, as you suggest, things seem to have shifted somewhat in the last couple of decades. I gesture towards this at the end of the book, pointing to Philip Hodgins as an example of what appeared to be happening (and which has since transpired). What I would say now is that the condition of possibility for Australian poetry is now Australian poetry. That is, while British, European, American and even Asian models continue to be crucial to Australian poets, the younger generations are more likely to look to earlier Australian poets for inspiration or instruction than was ever the case before. What that means is that Australian poetry has attained a degree of historical and aesthetic depth and breadth such that it suffices as the basis for itself. In the terms of my book, the absence of romanticism no longer functions as a generative presence in contemporary Australian poetry. The poetry has achieved a sort of homeostasis that allows for an independent systematic development. Negativity will continue to be important because of its close relations to poetry, but romanticism has gone from a constitutive absence to a present reality (because even post-modernism is an outgrowth of romanticism). I would claim that what earlier Australian poets were attempting to achieve has occurred.

AA: What kinds of poetry – and poetry research and scholarship – are we likely to see as a consequence of these shifts?

PK: I don’t think I can predict the kind of poetry that will emerge, or at least I hope I can’t (otherwise it wouldn’t differ much from what we already know). I do expect, though, that Australian poets will be much more in ‘dialogue’—if you will—with one another across generations. This wouldn’t be parochialism, but rather a deepening of the culture. I also hope that we will see an increased interest in research and scholarship in earlier periods because it is absolutely crucial to the health of a culture. This may be a hard sell in the current economic situation, as universities and funding bodies are under pressure to rationalize their activities. It would be good if the humanities in general could mount a vigorous defense of what they do in terms other than the utilitarian.

AA: I suppose one of the main themes that emerges from your and some other scholars’ discussions of Australian poetry – and I’m here thinking of, among others, Lyn McCredden and Martin Harrison – is the significance of issues surrounding national identity in Australian poetry. How are we to understand this theme, especially in the context of what you’ve described as a shift in emphasis from US to Australian models and influences over the last couple of decades?

PK: Yes, this is an issue that comes up a lot, especially as it is easy to slip from descriptions of national characteristics to suggestions, or even assertions, of national identity. I’m a little wary of that slippage, partly because it tends to devolve into stereotypes and partly because I’m not Australian and don’t possess the genius of, say, de Tocqueville, who could see Americans so clearly as an outsider. Identity, as it is usually construed, is ideological: it’s about the stories we tell ourselves about ourselves. It isn’t necessarily a mystification, but it is about national narratives. My own sense is that Australians ought to stand on their characteristic capacity for generosity, to extend it in all directions, including poetry (and immigration, perhaps?). To wish to learn from the past is a mode of generosity, a valuing of what has come before, an appreciation of it in its own right. For instance, think of how many Australian poets writing today were influenced by Slessor. They’re legion. That, in itself, is something to celebrate.