‘Beware! This is not a real biography!’: Ali Alizadeh Interviews Jessica L Wilkinson 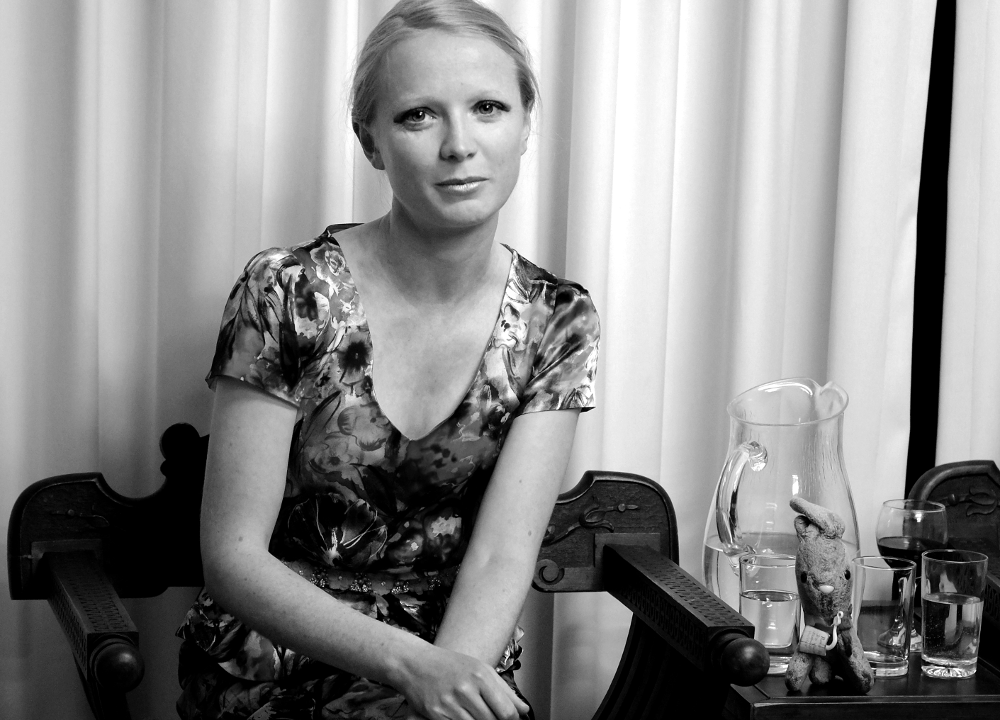 To many, biographies are a generic section in a bookshop which showcase – as this interview will discuss – a supposed element of ‘truth’. Suggestions of worthiness through platitudes such as ‘based on a true story’ or a ‘definitive biography of …’ are often read in blurbs and publishers’ endorsements, which are regularly a key aspect of promotional material. But what happens when one searches not purely to find those factual ‘truths’, but rather, for a unique mode of expression as a key aspect of representing a life? Such is a question often posed by the poet and critic Jessica Wilkinson. For Wilkinson, ‘facts’ – or, more importantly, archival information – provide a stimulus for locating, as she states in this interview, a ‘container’ for each individual, which respects the particularities of those various subjects. Wilkinson disrupted what poetry and biography could and could not do in relation to ‘silenced’ voices with her debut Marionette: A Biography of Miss Marion Davies (Vagabond Press, 2012). This was followed by the outstanding Suite for Percy Granger (Vagabond Press, 2014), and most recently, making up what could form a triptych, Music Made Visible: A Biography of George Balanchine (Vagabond Press, 2019). The below conversation discusses the tensions between representation, apparent truth, and possibilities of erasure when it comes to both investigating and interrogating three infamous people from the worlds of film, music and dance.

Ali Alizadeh: To begin with, I’d like to ask you about the origins of what strikes me as one of the most singular projects in contemporary Australian poetry, your fusions of poetry and biography, in the form of the verse biographies of three rather fascinating 20th century artists. The latest volume of this series is Music Made Visible: A Biography of George Balanchine, which has just been published by Vagabond Press. What’s been your early inspirations for embarking on writing books about the lives of the choreographer Balanchine, the actress Marion Davies, and the composer Percy Grainger, in poetry? And am I right to refer to these books as a series?

Jessica Wilkinson: Well, I suppose from early on, I felt I didn’t really ‘belong’ within the world that generated poetry collections of stand-alone poems. I don’t know why. Perhaps I’m uncomfortable with the label ‘poet’ because at school we didn’t look at much poetry and it was generally mocked. Or because Australians aren’t generally accepting of poetry, even in the literary community – look at how it’s generally sidelined at writers’ festivals, still; and notice how the dollar value of prizes for literary awards is sometimes lower for poetry categories. Whatever the reason, I do like a challenge, and the sustaining drive of a long work seemed very appealing to me.

When I encountered the works of American poet Susan Howe and Australian poet Jordie Albiston – their long works focused on a subject or event – I found permission to drop the anxiety I was feeling about lacking the will to pen stand-alone poems. Everything I write now – aside from the odd commission here and there – is a piece of a larger work. In that way, I think perhaps it’s also that I’m drawn to problem-solving. So, in a poetry context, I would ask, in each project: how does this poem fit into the overall ‘puzzle’ of a life that I am trying to convey? What are the threads that hold the sequences together? And perhaps most importantly, how can the affordances of poetry convey aspects of the life in new ways, beyond the facts and chronology offered in more conventional accounts? George Balanchine could be very cheeky, for instance – so, how to enliven that cheek through such things as gesture, metaphor, juxtaposition, puns, rather than to just say he was full of cheek and give a few examples of cheeky behaviour. The objective, for me, is to make the biography come alive as an echo of character, rather than to dish up all the ‘facts’ for a greedy reader. There are other ways to know a character beyond the facts. 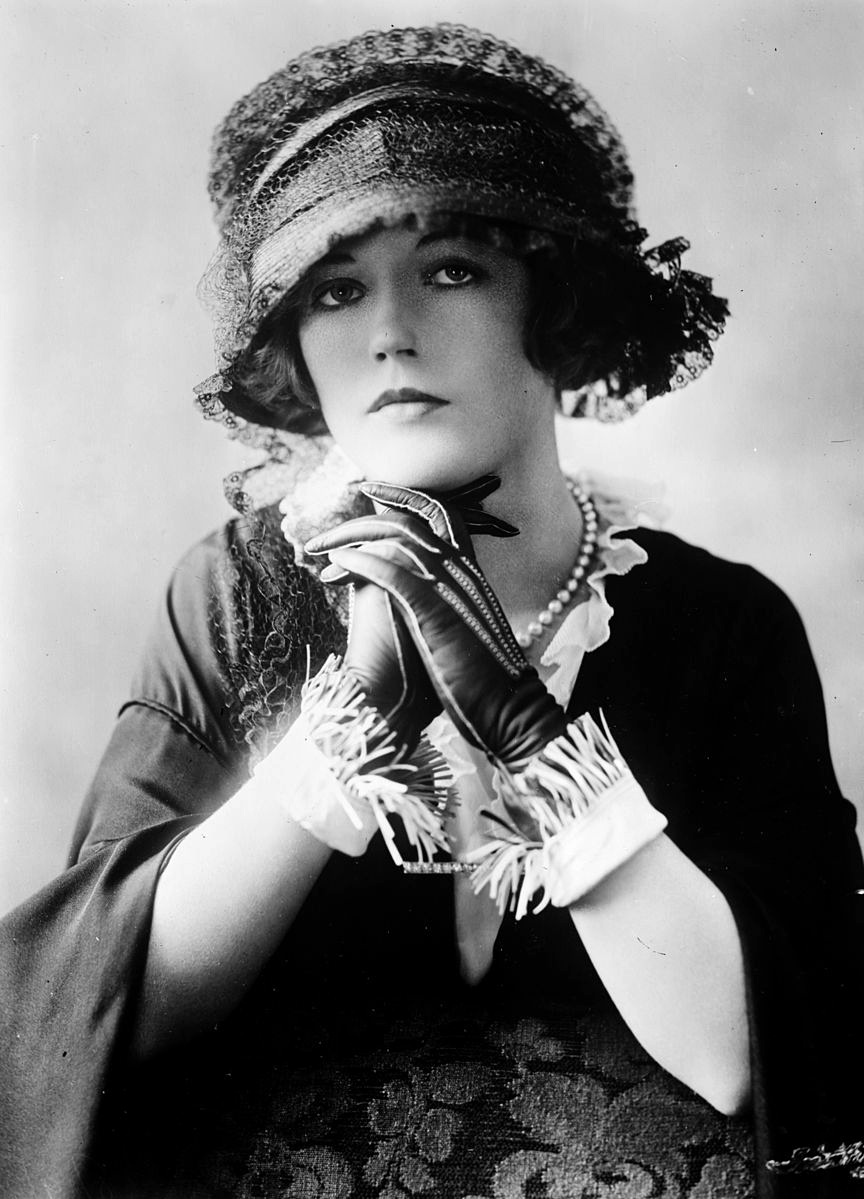 Yes, I do think of the books as a series. Although with Marionette, I think of it as a kind of dip-the-toe-in experiment. I would do it differently now, and would like to go back to it someday to revise it completely – Marionette: The Revised Biography of Miss Marion Davies. Can you imagine? Poetry doesn’t often have that chance with publishers! But that book began as an idea, which was during a period in my life when I was reading a lot of feminist literature and I wanted to undertake what seems now to be a rather clichéd work of ‘recovery’ of a silenced female voice. And in pondering a subject to ‘recover’ I stumbled across early cinema actress Marion Davies, whose circumstances and attributes seemed remarkably apt: she was a somewhat successful silent cinema actress (especially in comedies), and transitioning to ‘talkies’ was a cause for anxiety because she had a prominent stutter when nervous; her long-time partnership with media mogul William Randolph Hearst potentially hindered her career, as he preferred to see her in dignified period dramas over slapstick comedies, and he used his newspapers to ‘shape’ her career in ways perhaps not suitable nor accurate to her character. Her association with him also involved a lot of cover-ups (he was still married for the full 33 years of their affair; they had a child together but it was kept secret until all three had died) and control (he hired private detectives to keep track of her movements). And when I was in the Film and Television Archives at University of California, Los Angeles (UCLA), I encountered some films (only available through reels that hadn’t been preserved and copied to tape) that had reels missing due to disintegration and shrinking. There seemed to be a lot of loss, absence and disintegration surrounding Marion. And while I was doing this research in LA, before I started to write up the poems, I got lost in the city and stumbled across the Los Angeles County Museum of Art, which happened to have a Magritte exhibition on show. I’ve written about this in an essay.1 Anyway, marvellously, I came across his ‘Attempting the Impossible’, of a man painting a woman into existence, but he’s also possibly erasing her. Look it up. I love it. Suddenly, it became clear to me. I didn’t want to replicate that man’s actions – creation or erasure. Marion, in my work, coasts on the dust of disintegrated histories. Ultimately, my act of preservation of Marion is a farce, a failure in any biographical sense. But that is fine. Reducing her to the page seemed like it would be a reciprocal act of violence. I remember Rae Armantrout once said, along these lines, ‘[m]ight there not be a moment of potential in that exclusion, a moment of freedom?’2 While I remember, I must tell you a funny thing: someone on Amazon wrote a review of Marionette that I find hilarious – it says something like ‘beware, this is not a real biography …’ Well, thank god for that!

Suite for Percy Grainger started with the character, rather than an idea. A composer friend was telling me about Grainger, about his scores and his ‘Free Music’ ideas. Intrigued, I started reading about him, and very quickly felt the necessity to explore the musical, playful, mischievous, oddball, deviant, loving and questionable aspects of his life, and to see what poetry might do to highlight these elements.

The Balanchine work started conversely with an idea – to write a third book, making a ‘trilogy’ of poetic biographies, but to write a work that also related somehow to movement. And it was from that idea that I noticed a postcard of Balanchine (with his long-time collaborator, Igor Stravinsky) on my office wall. I’d picked it up from one of those free postcard stands outside a coffee shop some time ago. And I thought ‘he’ll do.’

For me, it doesn’t really matter who I’m writing about – the most exciting thing is the research. I love archives, and though I hate traveling (fear of flying) I do force myself to travel to immerse myself in archives and spaces relevant to the respective subjects. The traces left in the wake of those subjects are endlessly fascinating, and also what gets left off the record. It’s partly this kind of research that helps me to figure out the ‘container’ or form of each biography.

I hadn’t really thought about the fact that all three are artists until very recently. And I’m not sure why I was drawn to artists specifically. Perhaps that’s a psychological fixation I need to explore further!

Pages: 1 2 3
This entry was posted in INTERVIEWS and tagged Ali Alizadeh, George Balanchine, Jessica L. Wilkinson, Marion Davies, Percy Grainger, Rae Armantrout. Bookmark the permalink.
Ali Alizadeh's new book is Marx and Art and his next collection of poetry (Towards the End) will be published in 2020. He's a Senior Lecturer at Monash University.


More by Ali Alizadeh on Cordite Poetry Review →
Jessica L Wilkinson has published three poetic biographies, Marionette: A Biography of Miss Marion Davies (Vagabond 2012), Suite for Percy Grainger (Vagabond 2014) and Music Made Visible: A Biography of George Balanchine (Vagabond, 2019), highly commended for the Wesley Michel Wright Award. In collaboration with composer Simon Charles, Marionette was developed into a performance work of voice, music and sound; they released an album in 2018. Jessica is the founding editor of Rabbit: a journal for nonfiction poetry and the offshoot Rabbit Poets Series of single-author collections by emerging Australian poets. With Bonny Cassidy, she co-edited the anthology Contemporary Australian Feminist Poetry (Hunter, 2016); and with Cassandra Atherton, Memory Book: Portraits of Older Australians in Poetry and Watercolours (Hunter, 2021). She is an associate professor in Creative Writing at RMIT University, Melbourne.