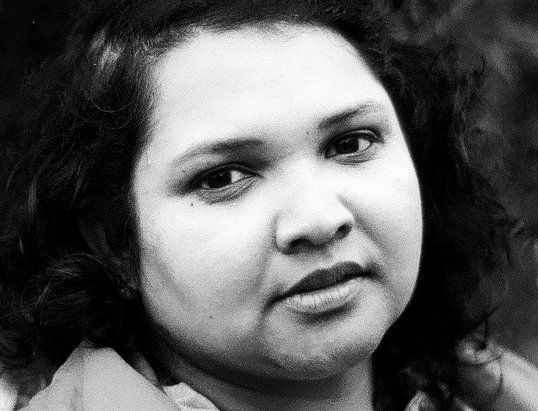 Small allowances to make the Akkaraya split into six, one less than the Sumānaya, at least one less then. Torn living close and thriving. Jealousy the only Katiyā you’ll never admit to owning.

He cut her head off with a machete. You are already dead then. She isn’t, though she dreams of it. He gave his Pagāva and disappeared with the children. Another she remembers their happy curiosity and the bareness of the rooms. She had brought biscuits and was cloyed by shame for days at her paucity. The magic of days elongating into forever.

Bās is coming. Bās is cutting. Bās is drinking sweet tea sitting on his heels by the back door. He isn’t allowed into the house. Bās is avoiding. They are asking him to come and mend fences. Bās is infinite with his head. Bās is avoiding, she knows, and he won’t ever meet her English-speaking eyes. She knows there is a blue river inside all of them which separates. She thinks he should sit in the hānsi puttuva, the one Seeya sat in on the Istōppuva, and drink from the delicate Kōppaya and, and, and, she thinks, he’s already gone.

She discovers Bās is Dayawathi’s son, Dayawathi of the kitchen, face in the smoke, Dayawathi kind now, Dayawathi dead. Sometimes she thinks she’s crying, but she’s not.