‘To map the language I write in’: Jo Langdon Interviews Albena Todorova 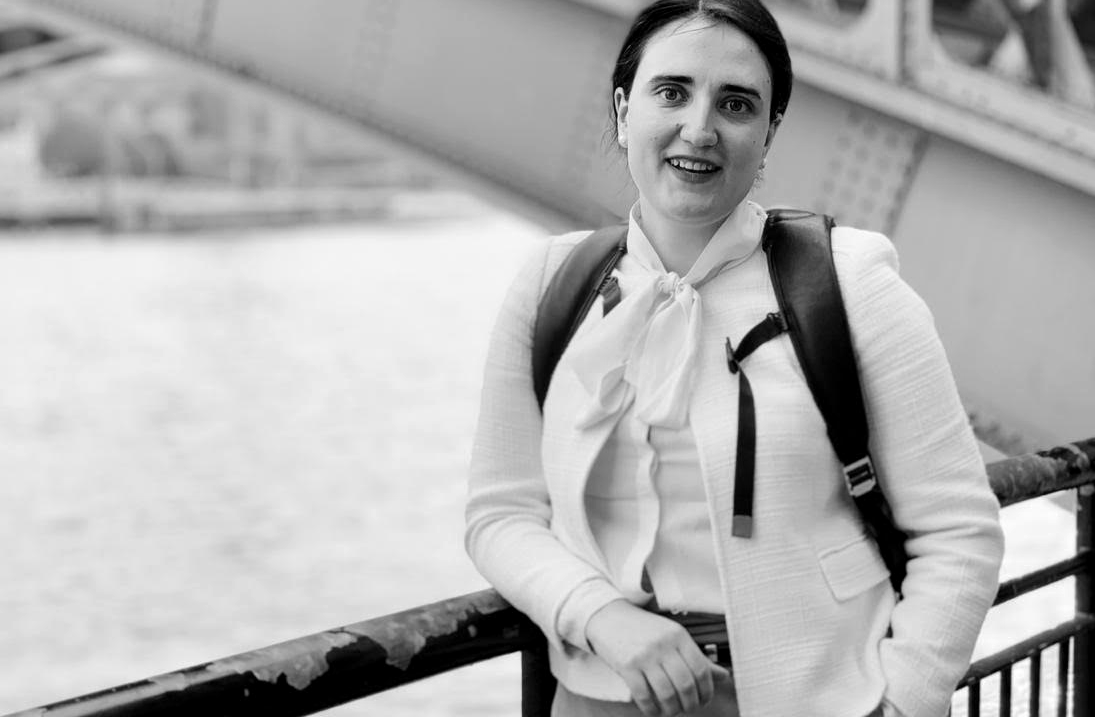 We first met at the Sofia Art Gallery last year, in the audience for a panel discussion on ‘Reimagining Europe’ as part of the 2018 CapitaLiterature festival. I was immediately struck by Todorova’s generous and thoughtful engagement with her literary community, and her serious dedication to the demands and craft of writing. I soon had what would be the first opportunity to hear her read her work (in Bulgarian, with an English translation reading and live jazz accompaniment) in Sofia City Gardens, before we both participated as writing fellows in the Elizabeth Kostova Foundation’s Sozopol Fiction Seminars on the Black Sea coast.

We have continued to correspond, with the following conversation taking shape in virtual spaces (via email and Google drive) over a number of months.

Jo Langdon: We met last year in Sofia, ahead of participating together as fellows of the Elizabeth Kostova Foundation’s Sozopol Fiction Seminars program. What was your experience of the fellowship?

Albena Todorova: I am very grateful for the opportunity to join the program because it was the first time I experienced what it means to be a member of a writing community. Writing is a lonely endeavour; also, my background is not creative – I worked in academia, then moved on to a corporate job, so being suddenly accepted and immersed in events with fellow writing people was amazing.

It was very humbling to be around Linda Gregerson, Elizabeth Kostova, and Teodora Dimova, a prominent Bulgarian writer, and other writers and poets I have admired, and suddenly realise you belong to the same community. I also met like-minded young writers from Bulgaria and abroad, including yourself, which was a great stimulus to look at my work and values from a new angle.

JL: What does your writing community look – or feel – like now, (more than) a year on, and as a Bulgarian writer living in London (and in Dusseldorf before that)?

AT: It is mostly virtual and quite dispersed. Even when we don’t speak about writing, I find a lot of support in being in touch with my writing friends whom I met along the way in the past few years – Natasha Vavere who runs a small publishing house, Parapara books, Monica Cantieni, a fine novelist from Switzerland, Momchil Milanov, a writer and an international law professional, Nadezhda Radulova, my editor and an amazing poet and translator, Maria Lipiskova, poet, translator and independent publisher. I think that in my case, community is less of a physical space and more of a feeling of being connected to someone, even if the people who are my community do not know each other.

JL: In author bios you’ve described yourself as ‘a poet with a full-time day job’, which is in finance. Where and how does poetry fit into your days?

AT: Oh, I wish I had an answer to this question that I liked!

Poems recently visit when I am on the road. I try to always carry a pen and paper with me. Also, writing poetry in my case requires a lot of reading, going to museums, talks, having new experiences, hiking as well, which is a challenge when work is taking 90% of all of my energy and time.

In addition to that I recently moved to London and I find it very difficult to write here. It might be the small-town girl syndrome, but I have the feeling that everything has already been written, all free space is being occupied by something better than my work. It is quite intimidating to be a non-English poet in London, or just a non-English poet in general. There was a part of my life where I thought I should aspire to become an English writing poet – I took two creative writing courses online to polish my English, I read extensively and primarily in English. However, the results of my writing did not speak – they did not speak to me. So, I decided to stick to my guns and do what I can do best. I think we need more voices coming outside of the English speaking world, I think we as readers need to make a conscious effort to seek for them, read their books and support them – and the brave translators who literally cross oceans to bring us their words and worlds.

JL: Is there a political impulse for you, then, in resisting the predominance of the English language – and how writers might challenge or resist or subvert this? I’m reminded of Ali Smith, in a Paris Review interview, contending that ‘[t]here’s political valence to everything, whether we know it or not, whether we think we’re acting on it or not. You can’t not be a political being, even when you’re announcing that you’re not a political being.’

AT: I am not sure whether resisting the predominance of English language is useful – having a lingua franca is a terribly handy thing! If I remember correctly, empires tend to have a lingua franca and a plethora of minor languages – and the Western world might be seen as a cultural-economical quasi empire. English just happens to be the common language of our part of the world for some decades or centuries, Mandarin or Arabic or Portuguese might be next, and so on.

I think making conscious choices where possible might be helpful in challenging any status quo. Choosing to platform a fellow writer who is writing in another language, choosing to write the story of someone coming from a different background – not because it is the fashion but because it speaks to you, choosing to write in Bulgarian, although it is clear this will not translate into a career. Conscious choice is one of the best tools we have to impact the world.

JL: Bulgaria’s relationship to English as an imperial and/or ‘global’ language would be relatively more recent, of course? And perhaps not share with places such as Australia the historical contexts and ongoing forms of colonial violence?

​AT: Bulgaria was rather on the ‘colonised’ side as a minor country. For instance, in the USSR there was a saying ‘Chicken is not a bird, Bulgaria is not abroad’, showing that we are a minor and insignificant resource provider. But then, I am the daughter of a Bulgarian father and a USSR mother, so I have both the colonised and colonising worlds in me. It is confusing and fascinating at the same time.

JL: To return to your ‘day job’, are there surprising connections between poetry and finance, when it comes to language perhaps? In The Uprising: On Poetry and Finance (2012), Franco ‘Bifo’ Berardi contends that ‘Finance is not the monetary translation of a certain amount of physical goods; it is, rather, an effect of language’, and that ‘Money and language have something in common: they are nothing and they move everything’ (79; 134). I wonder if you agree with Berardi, and if so, whether finance and poetry have an unexpectedly complementary relationship for you?

AT: I do agree with Berardi to a certain extent. I am just wondering what does he mean by ‘nothing’? My first degree is in East Asian Culture Studies, I used to be a scholar in Japanese literature and the notion of ‘nothing’ in the post-war, capitalist world leaves me perplexed. If it exists in our minds, in our culture, is it still nothing? Does virtual mean zero? Does lack of materiality mean lack of relevance?

For me, what connects finance and language, is the way that they express relationships between us and the world around us. And poetry for me is a bit like venture investments – highly risky, very wet, very cruel but when it works, it leaves everyone silent.


More by Jo Langdon on Cordite Poetry Review →
Albena Todorowa was born in the Soviet Union. A former teacher and researcher, Albena is a poet with a day job in finance. She has just finished working on her third book of poems, July’s Eleven Sisters, which will be released in 2020.