Fix breakfast, make coffee. A sort of virtuous morning. No hanging about. Wash clothes, dinner —on the stove by 10.30, cooking, ready for some time tonight or another day. The plumber—who could show any time— (‘over from the mainland’) . …

I became interested in how Ken and Peter worked with one another, with an eye to discovering the conditions which allow poetic collaborations to remain fresh and full of humour, in the same way people examine the diets of people in Blue Zones, like Okinawa and Ikaria.

Posted on December 19, 2018 by Simeon Kronenberg

Ken Bolton’s thinking is never too relaxed, but moves restlessly and anxiously, across people, cultural references and disparate locations even as he writes, or so it appears. And the resultant poems also seem to be unfiltered by any desire on the poet’s part to be ‘poetic’.

Review Short: Ken Bolton’s Lonnie’s Lament: Towards a History of the Vanishing Present

Ken Bolton’s most recent collection expresses an intense sociability, co-mingling personal and communal memory to create poetry that draws on moments of apparent ordinariness, and ever so subtly transforms them into lines of understated enchantment. 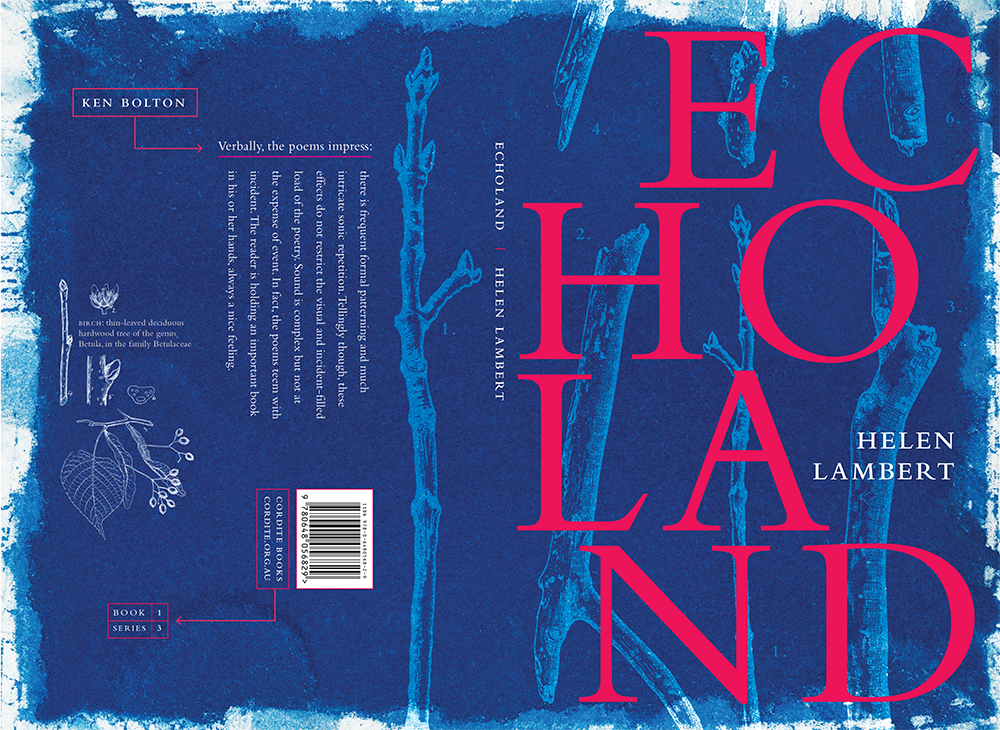 Helen Lambert’s work is as new to me as it will be to others – she has been operating away from Australian poetry for some time, with long periods in Ireland and, lately, Russia. One approaches a new poet warily. Yet the inventive and capable intelligence behind the poems here is immediately apparent. It is wonderful to be able to drop one’s guard, to forget it – and to enter a wonderful world.

This is going to be a rather disordered list of undeveloped and not closely connected thoughts about ‘the suburban’ and its binary partner ‘the urban’. Not my thoughts, for the most part, but my list of thoughts generally available.

for John Jenkins I Reach & Ambition Late at night, up, looking at the things on my mantelpiece a profusion of crap, clutter & gewgaws a range of detail I love (John’s photos of it came today, reminding me). I …

Readers of contemporary Australian poetry will most likely need no introduction to the work of Adelaide-based Ken Bolton. In a career extending back to Four Poems (1977), Bolton has established a distinctively discursive poetry, one that weaves observations of the poet’s everyday environment with musings on art, culture, and society more generally.

I look in here—this notebook—& see the notes for the last review I did, & note—that I am about to write another. Tho I would rather write something else. I whistle bop a bit try not to think of the …

,… like the Mets I’m coming up to bat in the bottom of the 9th, or maybe the 8th, if I’m lucky but far behind in the game— and the music seems to have stopped to listen. —Tony Towle listening …

for Crab & Martin … there is much to do. A little man tells us how to invest our money, my teeth gain a few fillings, probably, at the dentist’s—who knows, maybe no drilling—but, as Xmas closes in, some shopping, …

Ken Bolton and B.R. Dionysius emerge from different traditions, respectively: a New York School sense of everyday occasion punctuated by the presence and shaping forces of contemporary art (Frank O’Hara and James Schuyler are clearly present in Bolton’s diction); and a modernised kind of Romantic pastoral, littered with juxtaposed objects of the natural and contemporary world. Yet, at admitted risk of over-generalising, both of their recent books can be seen to be dealing with notions of how to write memory in poetry: how to write a poem to be honest to the process, even the implication itself, of remembering. How can language be used in the service of this retrospective vision, they ask; how does language, shaped by differing poetic forms, illuminate, distort or neutralise it?

here in the bookshelves of the holiday house is a book of John’s poems—also Les—a fat spine appropriately. Why is that here? Masochism? I am unlikely to read it. Anyway, I wonder what John’s got to say— this time. * …

“Hindley Street”: How to Be Perfect There

Pete Bakowski’s challenge: attempt Padgett’s ‘How To Be Perfect’. “Hindley Street”— I write those words, the title of this poem, on this pad, to start a list—of things I must do. Is this going to be a poem? Isn’t it? …

‘Avenue Victor Hugo, cognac— Lianne Fowler as Isabel,’ the caption says. And continues: ‘A French Picture Show’. So a movie still I expect. Why such an image will anchor one. Benediction. One is blessed. It is the softness of the …

If there is one true love in the history of Australian verse, it’s perhaps the love of Pam Brown and Ken Bolton. As you should expect, it’s not a normal kind of love at all – or maybe it’s the only normal love, depending on how you’re predisposed to taking the word or the thing (‘normal,’ I mean), and depending whether you think you can tell the difference between the two (‘word’ and ‘thing,’ I mean).

The refrigerator’s humming outside and I like that. Outside of any use I could make of it. But I can’t see it now, cause I’m in a different suburb, but this reminds me of how I used to like the …

The Lee Marvin Readings: An Evening with Edmund Gwenn

The Lee Marvin Readings has run, off and on, since the 1990s. Its venue has changed a number of times – from Adelaide nightclubs like Supermild, to the Iris Cinema, to the charmingly Zurich-1917, bo-ho De La Catessan and the more robustly hard-drinking and confrontational Dark Horsey bookshop at the Australian Experimental Art Foundation, where it now takes place. The sessions have been organised, run, staffed and emceed by poet and art critic Ken Bolton.

The Travelling Poet He said he was a travelling poet, once, but hadn’t written for years. He’d taken up truck driving because it made sense, providing transportation and raw material in one hit. But things didn’t go as well as …

No, the System Did Not Work For Me

I landed among delusion, with a lag and a dogsbody. I was hauled within a millimetre of someone’s brown balaclava. I was a deb in line with a litre of jackpots holding a new key and a gypsy. I blundered …

A lunch poem Perhaps everyone drives round these blocks forever as cafes get lost in the trawl of Hindley Street these blocks, just to see something happen. ‘Adelaide’s No.1 Party Venue’, a kind of inroad or airborne, the sound, lonely …