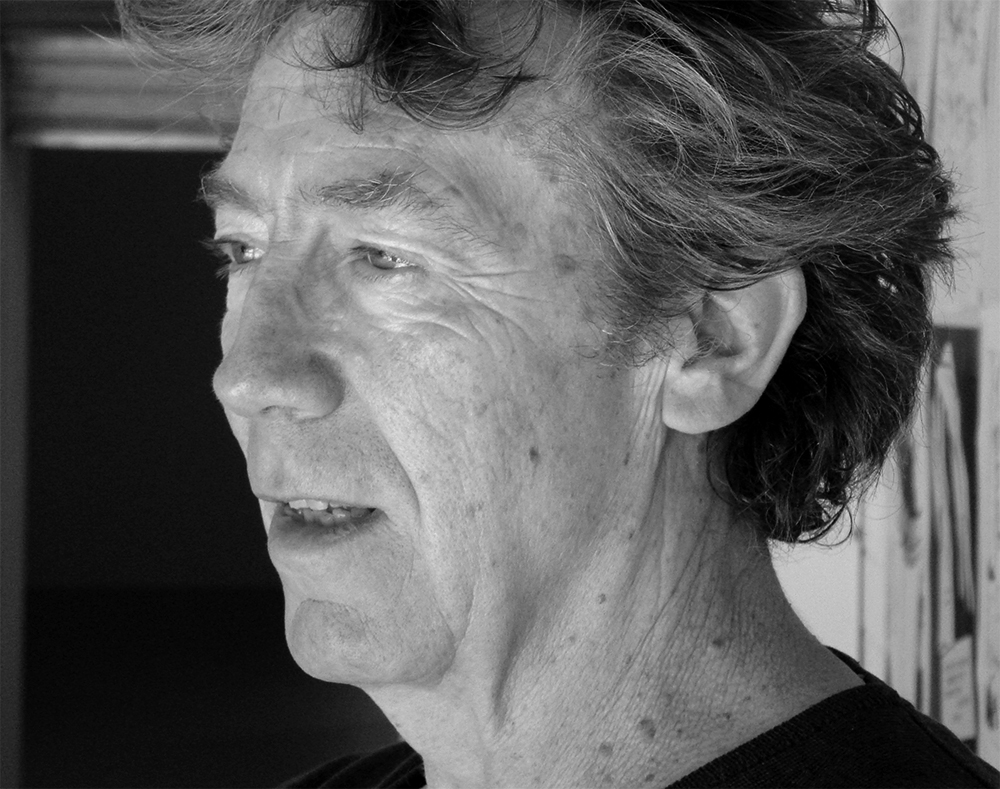 This is going to be a rather disordered list of undeveloped and not closely connected thoughts about ‘the suburban’ and its binary partner ‘the urban’. Not my thoughts, for the most part, but my list of thoughts generally available. Something that might do to serve Cordite Poetry Review as preliminary, to obviate the need for their re-stating or further discussion, a kind of background or context-setting. A sample of ‘received ideas’ almost, not quite the full Bouvard & Pecuchet Dictionary of them.

I found – as I think most would – a store of these. And I never knew. I never knew because the topic seemed an embarrassing one, a kind of quicksand – and I had never engaged it. But, as we turn with irritation – or bad faith, or well-defended laziness – from a too commonly surfacing and unwelcome topic, meme, or point of discussion the mind does mutter something, makes some testy or scornful half-remark to help let itself off the hook. One doesn’t remember them – these excusing, face-saving utterances. They don’t bear examination, they’re not very deep, they are partly in bad faith, shameful or (simply) not very responsible. A snarl or a bleat. They signal the guilt that they deny.

This list began with an account of my response to the editor’s suggestion that I write something on the subject of suburbia / the suburban. Here is how I began (and how I’ve continued):

There’s nothing I’m burning to say about suburbia. I think? Though maybe I can think of things. I’ll have a go and see what I come up with. Mostly a welter of seeming observations and briefly flaring impulses, all of them mutually contradictory. So, I’m not promising anything, alright?

‘Suburbia: land of the home – free of the brave!’ has been my only consciously made comment so far in my writing life, made some years back, and it immediately seemed unfair. Though that ‘unfair’ seems to recognise that we ‘see it’ (the suburban) as soft, more vulnerable, somehow disadvantaged. The suburban is abject?

My take on it is that the whole issue has been a bit embarrassing: those ’50 / ’60s intellectuals (my first meeting with the term and ‘the issue’, although I’d have known the term ‘suburban’ was a put-down from some mid-century English fiction, surely) were so adamant that the suburban was shameful, tacky, feminised, emasculating, limited and limiting: The Great Australian Ugliness, My Brother Jack, Patrick White, Norman Lindsay. The rest. The issue used to come up – often – in Meanjin and other institutional publications. As I remember. But, I wonder if it really did? It seemed to. It seemed always to have been ‘in the air’. Maybe it was the weekend papers. Maybe the subject was big with ‘satirists’.

I was glad in 1971 to get out of the North Shore suburbs, myself, and move into Ultimo, Glebe, Redfern to be a student and then begin being a poet. But clearly most of Australia lived in the suburbs, the suburbs of the great cities (one, more or less, per state). It was where I and those around me had come from. Australia, from First Settlement onwards had been urban, chiefly. Were there moments when this had not been the case – the gold rushes, briefly, making Ballarat bigger than Melbourne? – probably not. The country was never preponderantly rural, was one thing I knew. And if it was ‘urban’ in this way, then for most it must have been sub-urban. Places that are now considered ‘city’ were once regarded as a degree out from the centre.

I mean to begin, now, as I had first intended, with a list of assertions, reflections etc. – ‘on the theme’ – without developing them particularly. But I don’t know how long that will hold. There is always a moment when one begins to elaborate further. As I say – have I said it? – did the theme, the ‘binary’ always make me feel guilty or uneasy, or impatient? These are the tips of thinking I have almost undertaken but not – tentative thinkings that I have backed away from, as unsatisfying, compromised, too easy – arguments I have allowed to develop as units of rhetoric, but which I have not wanted to pursue. They must have the characteristics of lazy thinking, of unexamined propositions. They will necessarily be hackneyed, but that might be their value: they might be the scrub we need to clear to check the lay of the land.

So here’s the data.

The painter of the suburban. Mostly, today we would nominate Howard Arkley. When I think Arkley, I always think of Reg Mombassa – he began with a similar realist-suburban view of housing (I think Patrick White collected some) back in the late ’70s or early ’80s – before giving himself to the Mambo enterprise. The segué from Reg’s small pictures, of simple houses, shrubs and curbs, to Mambo is fitting or useful here: Mambo are associated with surfing and the suburban, the suburban and beaches. They, Mambo, are a manifestation of popular culture. Beaches either ‘are’ suburban – or they can be seen as a cultural escape from it – an alternative that is blue, mystic, ‘ideal’, escapist, fun and so on.

I should just keep positing these things.

Reg Mombassa’s figure of the Suburban Christ or Self-Martyring Father-Hero ‘of the Suburbs’: usually depicted dragging or carrying an enormous weight – in a small suburban yard or street, under hot, hot sun. Mowing the lawn? It is satirical, but also affectionate. Or, it counts on our affection and then it undercuts that. (There are, historically, other notable painters of the suburbs: Danila Vassilieff, Roland Wakelin, Ken Whisson, a long list of painters of the ’20s, ’30s and ’40s, including Preston, Ruth Tuck, Clarice Beckett. Kurt Brereton’s paintings of the Illawarra. Stewart MacFarlane! The photography of Micky Allan circa 1980.)

Abstraction: the ideal, the absolute, the generalised. (Richter’s ‘realism’ is high culture. High Culture like Picasso and Braque: the ‘still-life’ as a genre deals with a sample reality, a reality apprehended through particulars, or particulars ‘considered as’ Reality. The specific generalised. And, of course, much of Richter is abstract. Richter is high-minded. Christopher Wool is high-minded, or at least ‘ideal’.)

Manet. Manet’s Berthe Morisot with a bouquet of violets: a woman as the absolute, as the (absolutely) modern, the ‘now’. The specific generalised, the instant generalised?

Sebald – held in Germany to be good, but a little too English: e.g., pedestrianly banal and taken up with local and incidental colour, with detail, not cutting to the philosophical chase with sufficient continental drive. (The English – the Anglophone? – as ‘a nation of shopkeepers’?)

The distinction urban / suburban is too available, seems too handily to lead to further easy distinctions, usually weighted the urban’s way: sophistication, intellect, glamour, seriousness, ideas, the international. Remember – who can forget – the international passport to smoking pleasure? Everyone, probably, but I love to bring it up.

Advertising seems to treat the country most when trying to sell city folk cars, off-road vehicles. A fantasy.

The suburban came about / comes about with transport: the train, the tram, the bus, the car particularly. Post-war it is the car. In Australia it is the car.

The fetishised car, and the life around it, is suburban (and democratic, declassé, downwardly mobile? – and male – e.g., the car is not the home, is an escape from it, is ‘freedom within-the-suburban’?)

This last elision is one of the things I hate about the whole thing, urban / suburban. Marlboro Man is free – a young guy in a Torana is free. See, later, My Brother Jack as a locus classicus of this kind of gendering – not that I remember cars in it. Meanwhile: Ted Mulry, ‘Jump In My Car’ etc. Standard rap clips feature cars as centring on the male – women are prized decoration in the passenger seat, in the back seat. Single, young women. The exceptions pretty much prove the rule, still – hence the emancipatory, empowering effect of the girl-at-the-wheel, when it happens.

Is the suburban ‘Western’? The suburban as we mean it – that is, with our associations – has probably been imported along with globalisation and capital – into the capitals of Asia and the Third World and the Middle East.

The New Photo Realist painters of the ’60s and ’70s (and still) so loved the car (as they did everything shiny – but surely it was the car’s insistence on the lowly reality, the lowly perspective, that made it additionally alluring): it lowered the tone (at the same time as being undeniable, American, ‘now’)) to the discomfort of high-minded Abstract Expressionism. Part, surely, of their battle with big town, metropolitan Abstraction. (And their battle with Pop’s high-art irony.)

Australians, I had gathered some time in the ’80s – I came across it by accident – were predominantly renters prior to WWII. Renting suggests – though not ‘logically’ – the city, the inner city – both things (though not logically) identified as Labor.

Pages: 1 2 3
This entry was posted in ESSAYS and tagged Howard Arkley, Justin Clemens, ken bolton, Reg Mombassa. Bookmark the permalink.
A loony tune, something of a zany, a yo-yo with money, Ken Bolton has been variously described. In truth, he is a curious figure— irascible, intemperate, vituperative, yet devoted, apparently, to an idea of 'the Beautiful', as somehow defined. Lord David Cecil held him to be 'the Hulk Hogan des nos jours' — and found in him 'a Pol Pot, perhaps the very Pol Pot, of the aesthetic.' Bolton has published many books, the most recent being Lonnie's Lament (Wakefield Press). Forthcoming in 2018 are Starting At Basheer's (from Vagabond Press) and Species of Spaces (Shearsman Books).