‘a homemade world’: On the Dandenong Line 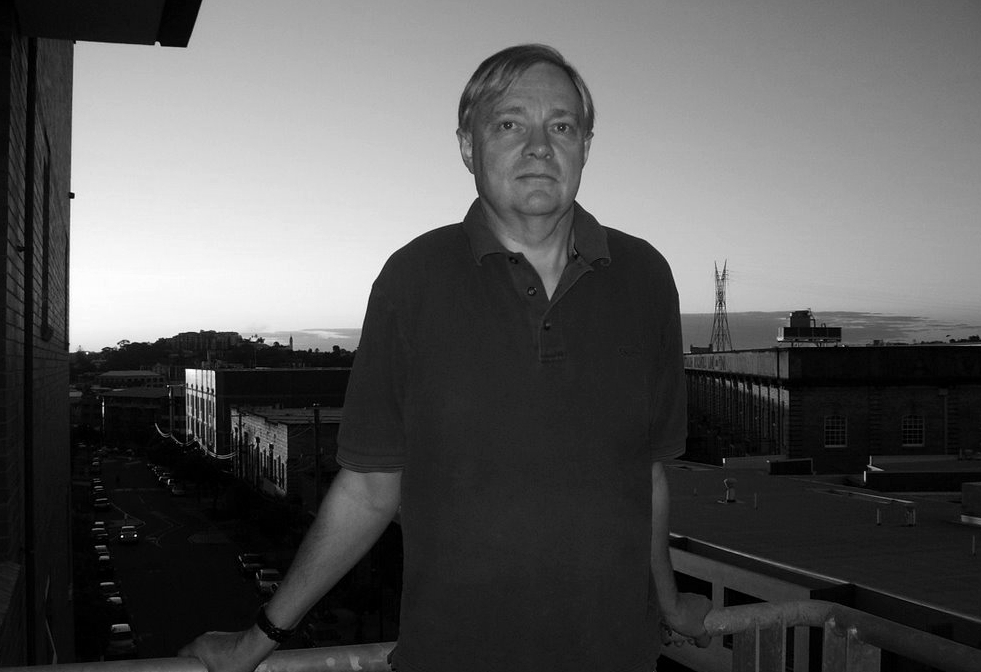 Image courtesy of The Deletions.

Sometime in 1953 my parents bought a house in Clayton (Victoria, Australia), then on the edge of south-east Melbourne. We moved there from a decidedly different environment: the guest house that my Grandmother owned. This was on Beaconsfield Parade in South Melbourne. In those years that suburb was largely working class with connections to the Port Melbourne wharf and the further dockside territory along the Yarra River. This guesthouse and the country around Ensay in the Tambo valley of East Gippsland where my father was born were ghost presences as I was growing up – imaginaries of an existence I might have had (urban / rural). We would visit my uncle and aunt in Ensay (travelling by train and bus until around 1960 when we finally owned a car) and we would venture into the inner suburbs occasionally where I would get to look at the ‘slums’. I’m not sure what significance these places had for my parents or even why they wanted to take me there. It could have been as a ‘this could have happened to you’ lesson, though I suspect this was not the case. The places we visited may have had more of an affirming effect for my parents. For me, the inner suburbs were simply ‘picturesque’. In art classes at Huntingdale High School I would often draw or paint decaying buildings from the images I had taken on my box Brownie camera. These were sketchy romantic visions lifted probably from the work of Sydney artists like Sali Herman or Donald Friend (encountered in the library rather than the art gallery).

My reality was a point some twelve miles out from the Melbourne CBD. Eva Street, where we lived, was, for a few years, impassable by car for part of the year (its muddy ruts were over a foot deep). My father would walk the mile or so to Clayton station, catch the train in to the city and then take a bus to Fisherman’s Bend where he worked as a tool-setter on the production line at General Motors. To get to the station you would follow the road alongside the railway line, but the shortest route to the local shops was via Dunstan Street. This wasn’t a through road either. At one point you would have to cross an open drain on a rickety footbridge. The drain went underground in places, and me and my friends would often play in the pipes. For years we had an outside dunny. It seemed an unbelievable luxury when, sometime in the sixties, the sewers were connected.

Clayton was, when we moved there, still partly occupied by market gardens. It was low-lying and in places sandy, though a few miles inland from Port Phillip Bay. We were told at primary school (Clayton South) that the place was named after a Mr Clayton who would often drive his buggy naked to the Bay (his nudity was not meant to convey to us anything salacious, just the fact that there were no respectable people around to watch). In the mid-sixties I would cycle with my friend Don Rickerby to the coast at Mordialloc to fish near the mouth of the creek.

By the time I went to high school the roads had mostly been made, the open drain covered and the rickety footbridge was a memory. Huntingdale High was wedged between two golf courses – the Huntingdale and the Metropolitan. It was forbidden to cross these links, though some students used to do so regularly, often stealing golf balls when they were hit into the rough. The links were believed to be the haunt of a man known as ‘Forbes’ who would expose himself, though nobody I knew ever saw him. More of a threat were the sharpies (an earlier Australian version of the skinheads). If you caught the train late at night you had to watch for them. Our local group were the ‘Springy Boys’, based in Springvale, a couple of stops further down the Dandenong line and a few degrees rougher than Clayton. They were real enough even if I didn’t personally encounter them.

The closest library was in Oakleigh, two stops towards the city. It was here that I came across the poems of Ern Malley, in the edition published in the sixties by Max Harris. I started to write poems in my fifth year at Huntingdale. These were mostly gloomy adolescent productions though I did make use of the local environment. Suburbia seemed pretty natural to me, even if Barry Humphries was giving it a basting. I didn’t sense that his cartoon vision – with its mundane addresses (such as the nearby ‘Centre Road, East Bentleigh’) – was one of total abhorrence, even if it may have been. Apart from a brief excursion, I continued to live in Clayton with my parents until I was 22. Monash University, which I attended from 1968, was just up the road and Australia’s first outer suburban tertiary campus. The friends I met there were also from the suburbs, though by then John and Margot Scott were living in relatively inner-urban Armadale (John’s father lived in Dandenong, right at the end of the suburban line). Alan Wearne was in Blackburn, a few miles to the north: a ‘leafy’ middle-class suburb (which he would continue to write about superbly).

In the late sixties the predominant mode of Australian poetry, written by people some twenty years older than me, was a purely academic one. The poems that appeared in The Age each Saturday were, as often as not, knowingly ironic takes on suburban life with a clever twist and maybe a classical reference at the end. The only poet of that generation who seemed truly at home in the suburbs was Bruce Dawe, who lived in Springvale rather than Carlton or Parkville. He would occasionally read at Monash and was always welcome there. I once took a train back from the city with him after a reading in Carlton (a place I still rarely got to) and we discussed poetry and poetics on the way. He was an early instance for me that poems could come from where you were (rather than, say, the battlefields of France in 1917). Rather than rewrite the classics you could inhabit what Hugh Kenner termed ‘a homemade world’.

I reflected on life in Clayton in a poem from the Blue Hills sequence. ‘Blue Hills’ was the Australian radio serial about country life (which my family would listen to religiously), but my Blue Hills incorporated the urban (and the suburban) as it progressed. In 1988 I referred to Clayton in number 21:

The quote ‘rocket to impossible destinations’ was from Bruce Dawe.

A little later in number 38 (1991), I reflected on the middle-class bay side suburbs through which I was driving away from my flat in St Kilda to a writing residency in Frankston:

I remembered, as I wrote this, those now extinct precursors to the traffic lights: pylons with clock faces on which you could watch the hand progress from green, via amber, to red. They had long gone when I was commuting to Frankston, but they were there in the 1960s and I have never seen them anywhere else.

Since 1972, I have mostly lived in the inner suburbs of cities. This was where the readings and the pubs were. But like so many of my friends, I trailed a little of the outer suburban soil with me. John Forbes (the poet, not the flasher) and his three brothers came from ‘the shire’ (a term Alan Wearne picked up from them, basing one of the locations in The Lovemakers out there on the Sutherland peninsula). Ken Bolton came from ‘the North Shore’, yet his North Shore wasn’t the place of privilege the term usually evokes. Ken’s North Shore was only slightly further up the line than the world of Grace Cossington-Smith and Margaret Preston, but otherwise a world apart. It was the land of the weekend lawnmower. Sydney must have seemed like paradise to John and Lyn Tranter (escapees from ‘the bush’). We were a new crowd of inner-urban dwellers, but even so, we were not ‘cosmopolitan’ if compared to someone like Martin Johnston. He had grown up with two languages and an idea of culture in which Australia played a peripheral, if occasionally vital, part.

Pages: 1 2
This entry was posted in ESSAYS and tagged Laurie Duggan. Bookmark the permalink.
Laurie Duggan was born in Melbourne and was involved in the poetry worlds of that city then Sydney and Brisbane, publishing several books of poems and a critical work Ghost Nation: Imagined Space and Australian Visual Culture (2001). He taught media studies, art history, and cultural studies at various universities. In 2006 he moved to the UK and lived in Faversham, Kent until 2018 when he returned to Australia. Recent titles are Selected Poems 1971-2017 (Bristol, Shearsman 2018), and Homer Street (Sydney, Giramondo, 2020). A further selection, A kite hangs above the border (Macau, Flying Islands, 2022) has parallel Chinese translations.

One Response to ‘a homemade world’: On the Dandenong Line