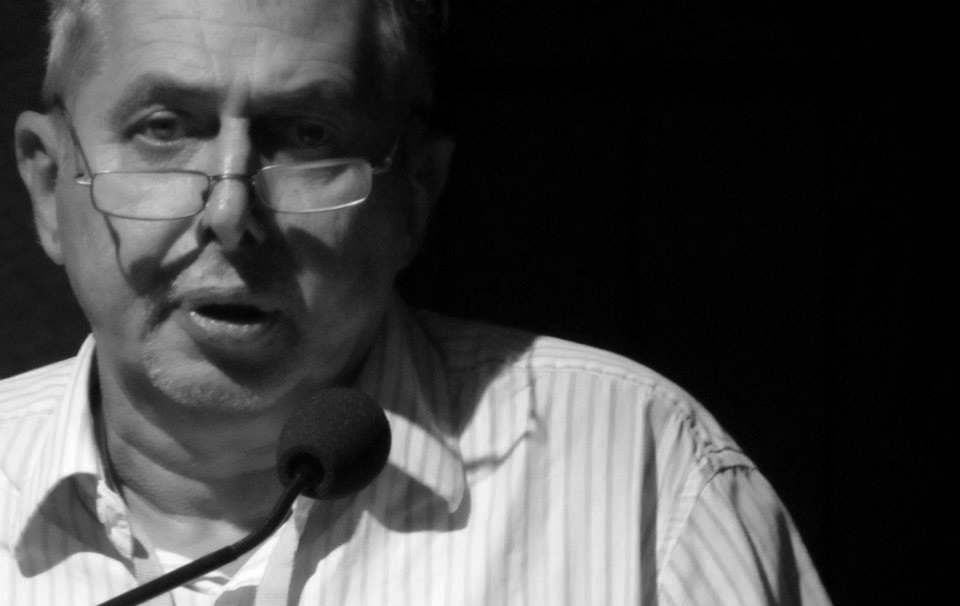 In memory of Martin Harrison

This cobbled expressway of signs and blackening holes. – Alex Skovron, ‘The Journey’1

Now I can go along high and dry, and preserve Warren’s blacking on my shoes in all its original lustre. Life is becoming quite calm and monstrous. I do not half like it. – Anonymous, ‘The Lament’2

Like his Romantic models, Harpur represented human existence in a state of mutability, ultimately subject to the sublime grind of ecology. In this vision, the real monuments of humanity – liberty, independence, solitude and peace – live on beyond individual bodies and the ruins of vanity. In ‘The Forgotten’, Harpur reiterates the theme of mortal decay:

And he returned to this theme in 1867, a year before his death, when he wrote his own epitaph. Its lines concede the fading of his and his son’s identities: ‘even if all that now remains of them is what remains below, – it is still well’.3

His peer and correspondent, Henry Kendall wrote the elegy ‘Charles Harpur’ using the nature of Harpur’s gravesite as a metaphor of his poetics:

It’s a sweet but pretty ordinary poem and one at pains to emphasise the human spirit in Harpur’s poetry. Yet there is another poem by Kendall about the site of Harpur’s grave in southern New South Wales. While the title of ‘At Euroma’ (1869) refers to the site, one edition notes that it describes ‘the grave of a stranger whose name is unknown’. According to AustLit the poem describes the ‘desert dell’ grave of Charles Gray, a member of the ill-fated 1860 expedition led by Robert O’Hara Burke & William John Wills to cross Australia from south to north. Gray is believed to have been buried en route, in South Australia – far from Euroma – although the identity of the remains found at the marked site have been disputed. In this scrambling of references, the identity that inhabits the poetic grave is lost. Crisscrossed with roots, the poem’s earth is an authentic homage to Harpur’s vision of organic process.

Some 130 years after Harpur, Martin Harrison (see ‘Adam Aitken Interviews Martin Harrison‘) checks on this process in ‘At the Grave of Charles Harpur’ (2001). Harpur’s remains are also absent from Harrison’s poem, which focuses not on the gravesite at Euroma but on the town of Jerry’s Plains in the Hunter region of New South Wales, where Harpur spent his earlier ‘teetotal years, the abstinence time’. Why does Harrison’s poem hover there, rather than at the crumbling (empty) tomb? It might be because, at Jerry’s Plains, Harrison is able to run a little errand for Harpur. One of the colonial poet’s social concerns was economic inequality. Prompted largely by the squattocracy – pastoralists who, as the first European landowners, had acquired vast tracts without legal title – the growing wealth of a portion of the colony demanded reform, as Harpur writes in ‘The New Land Orders’:

Again I say, a splendid is never a happy land, because wherever there are palaces there are hovels: and this should determine us in Australia to have as few of either as possible. Nay more. Wherever even mansions are very numerous, and gentlemen in the useless sense of the term exceedingly plentiful, there also poorhouses abound, there also paupers starve in heaps.4

And so, at Jerry’s Plains, Martin Harrison surveys the ‘pattern’ of free settlement in Australia. ‘Chained like a splice of DNA’, it promises endless possibility – more exciting, perhaps, than its realisation:

A fishing shack quickly becomes a city. Capitalism becomes inequality. Time becomes a museum. At Jerry’s Plains, though, it seems that any such threat was passing. A typical inland hamlet, since Harpur’s day it has fallen victim to the emptying of Australia’s population toward the urbanised coast:

Harrison’s poem may be seen as an extended epitaph upon what remains of the town. It presents urbanisation, like Harpur’s proleptic dream of the crumbled tomb and its nameless sleeper, to be a history that is writ – scrawled large in viney hand on a backyard wall. But, at the moment it is spelled, settlement is also erased. Of Harpur’s place of death, Harrison efficiently sums up its fate: ‘vanished Euroma’. The spectre of the Euroma settlement lingers in the dusty street of Jerry’s Plains. Its name can no longer be found on maps of the New South Wales South Coast.

3. A little over a century ago during the 1861 census, more than 60 per cent of the nation were rural dwellers and lived outside the towns. In 1961, a century later, the proportion had fallen to 18 per cent, with 82 per cent of the population residing in the capital cities or other urban areas. It is a truly dramatic reversal.5

By the UN’s most current count, 89.2 per cent of Australia’s population is urban (ranked sixteenth in the world).6 This figure is projected to rise exponentially. Should we expect exponentially urbanised poetry in Australia? What images of urbanism have developed on this continent, anyway?

Sydney was always falling into the water, like a launched boat slipping backwards from its scaffold. Joe Lynch lies down there, his bones of coral made. Since most of Australia’s population lives in Sydney’s hull, the city has a distinctly harbourside lean. Inland towns slide against it, shunting it closer to the coast. From time to time, a house topples from the heads or reclaimed dunes. As stormwater roars towards the rivers and beaches, it has been known to collect the odd phone box and sweep it through the subterranean streams that buoy up the city’s blocks.

Kate Fagan describes this ‘steel tide’. In her poem, ‘Letter I’ (2012), the city is compared to her young addressee: ‘unborn yet alive’. But really, it’s the poem’s speaker who is most like the city: alive yet ruined, ‘ransacked’.

This ‘sleeping city’ keeps hours different to those of its citizens. Its clock winds backward; the road is a bed; day begins with a wreck. It makes me wonder what to do with critic Peter Conrad’s belief in the redemptive, urbanising act of the poet:

A city is a small world walled with echoes and allusions, stocked with precedents and predecessors. It saves you from being alone, because it embeds you in a shared past. The streets are paved with quotations, like the bronze plaques of Writers’ Walk on Circular Quay. A city requires memories and corpses, which take a while to accumulate … That role devolves on artists, the writers and painters who look at what does exist and recreate it, establishing the dominion of imagina¬tion. It is they who really construct the city, mapping its by-ways and filling its vacant lots with stories.8

What if its streets are paved with babble? What if the lots were never vacant, and the lanes are remains of well-known tracks? What, then, is the use of the poet? Fagan’s ‘Letter I’ suggests a city built and sacked well before the poet arrives.

Wipe on. The motion of the wet windscreen: figures curl up into bubbles and rise; in the infinite refraction of light, the finite city. Wipe off. Conrad marvels at how easily a city ‘can be unbuilt. All it takes is an experimental act of hooliganism’.9 Like poetry.

Take Lesbia Harford’s vision of Melbourne in 1917, ‘The Invisible People’:

In this unreal city, the street-scape is defined by absence. Writing on Harford, Ann Vickery perceives that:

the past possesses the present; here, the self is constituted by history. While Harford constructs a modern flâneuse in a number of her poems (a narrator moving through busy city streets), she often refers back to a pre-industrial world.10

This quality in Harford’s work links to a pervasive strain in twentieth century poetry written in Australia. But I think there is another way to read urban time in ‘The Invisible People’ – a way that highlights a different trend in representing the city.

Moving from the end of the day to mid-morning, the poem’s second stanza wipes away the first. In the process, the word ‘into’ splits apart and lies in its own ruins: ‘in to’. Similarly, morphing from the first-person to the second-person, the identity of Harford’s speaker is lost to the namelessness of ‘you’. The poem is a demolition derby in which present possesses present. Like the city that is palimpsestic rather than historically cumulative, the poem’s significant meaning does indeed becomes less. Harford’s hooliganism shirks collectivity. Her satirical poem sketches a Melbourne that wipes away evidence of itself. After all, the poem owes nobody a contract of civitas.

Mudrooroo (aka Colin Johnson) suggests that Brisbane is similarly void of a united or cohesive identity. ‘Unfaithful Brisbane Night’ was written in 1988, the year that celebrated the bicentenary of this continent’s colonisation by Britain. In his opening phrase, ‘the runes of the city tear at my throat’, Mudrooroo creates a vernacular pun on runes that images Brisbane as both an agent of (violent) prophecy and a zone of disintegration. This is an uncanny space, in which the speaker will ‘seek a sight slightly unfamiliar, but achingly familiar’ – time present and time future. It is an upsetting poem, stumbling steadily towards a sense of utter, speechless loss in its final image: ‘Of a door opening and closing on the last flash of her face.’11