Radio Laneways and the Melbourne Sound 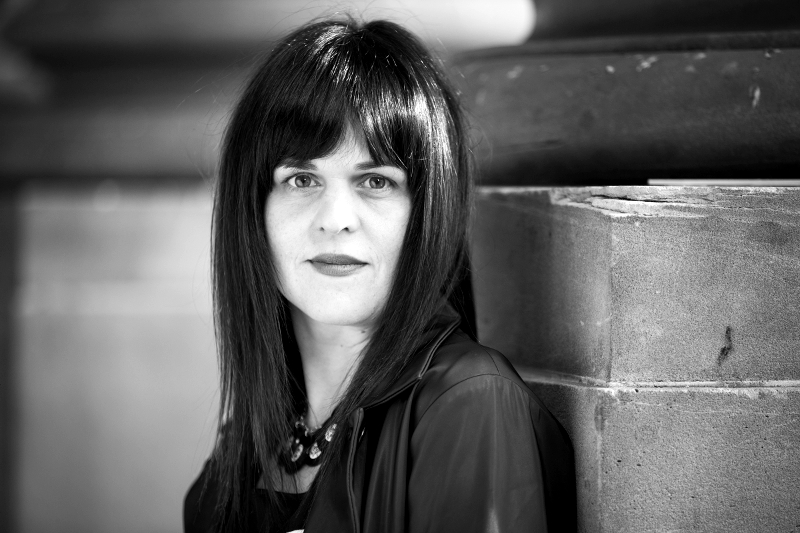 Don’t use the phone. People are never ready to answer it. Use poetry. – Jack Kerouac

It’s a beautiful thing to know what came before. Who walked the laneways ahead of you, smoothed any paths that might have otherwise been jarring, who stood up so you could sit down. It’s important to know your history. After 14 years on radio asking people who had inspired them or helped them or made their lives a little easier by doing whatever they did before them, I thought about my road with words. Some people responded with distant influences – completely understandable, but I was often interested in those who knew their local history.

After sulking one Saturday afternoon as a teenager in the suburbs of Melbourne, I’m sure I let my losing VFL team’s scarf fall down the side of the bed. I would’ve been listening to Painters and Dockers so loudly my mum would have been calling my name in contralto punk chants. She could have come in screaming for me to stop lolling about. But she didn’t. She gave me poetry, berni m janssen to be exact. Xstatic. It was that day poetry punched me in the face.

A.A. Milne was the first poetry I had ever heard. Mum had read me The King’s Breakfast when I was four: ‘I only want / A little bit / Of butter for / My bread!’ The rhythm, music and voice of the poem delighted my little tastebuds. The words had sounded playful. Inviting. From there I was in love with the poetry of music – ‘The ghost of electricity howls in the bones of her face’ – and the music of poetry – ‘Your trees are twisted chairs / Your flowers moan at their mirrors’ I wasn’t completely versed in poetry, far from it, but I had welcomed poetry into my life. Then came berni m janssen. Janssen’s work was sublime, chaotic, blustery, bold. I studied the cadence of each poem, the choice of a particular word, her use of enjambment, the freeness of her lines. She was achingly fresh in a world full of pop rhymes. My teachers hated the influence she had on me (said I was anarchic!), but janssen opened me up to more experimental reading and more ambitious writing.

Nothing makes you love home more than if you’re away from it. I lived in Japan when I was ten for almost a year and came to feel nostalgic for everything Melbourne. When I was there I read anything I could about Melbourne, from Melbourne. On my wall was a map of the city with a history of every street name and every remarkable building. I adored Japan and had taken away so many things from being there: retro-futurism sci-fi art, Doraemon, the beautiful people I knew, the cities. On returning to Melbourne it was the shock of the wide, open streets that hit me first and just how much I had missed Mum reading to me. Melbourne, for me, has always been a home of words.

The first day I ever performed one of my poems was at the Perseverance Hotel in 1992. A teacher and playwright by the name of Ray Mooney had insisted we go along and read as part of the professional writing and editing course I was in. The Perse was in full swing. The likes of Catherine Bateson, Lisa Bellear, Shelton Lea, Grant Caldwell, Judy Horacek were recent readers so the task was daunting. During the writing course I had my well-thumbed janssen book with me many times and had discovered, for the first time, the Beat Poets, Whitman, Sylvia Plath, A.D. Hope. These names were new to me. The teachers had encouraged us to read locally. So I knew the lines of Ania Walwicz: ‘Wanted some good moments. Some hot times. Some sharp things that I couldn’t forget. Hotter than life to feel like that before I saw any angelheaded hipsters burning for the ancient heavenly connection to the / starry dynamo in the machinery of night.’

My friend and collaborator Nat Bates came with me to The Perse and we performed together with guitar and vocals. Our first poem was about Antipodean artist John Brack, the second, about love. I was hooked. From there we performed hundreds of times together at venues and festivals in Melbourne and interstate, often supporting musical acts. At one time the line up had a cellist, viola player, keyboardist, bass player, tambourine shaker and a capella singers. Music and poetry have always been married. At that time you would see the likes of the extraordinarily gifted lyricist Edwina Preston melting the stage with a harpist by her side or Lauren Williams using music and rap with deft effect or Kerry Loughrey and Jim Gamack eating up the stage with wild fury or Kieran Carroll killing it with his Bowie-like moves and majestically beautiful tales. Today there are many wonderful poets who do it so well too: Luka Lesson, Omar Musa, Sean M Whelan, Candy Royalle and the list goes brightly on.

What I loved about The Perse was that on any given Saturday you could hear poems about anything and everything, from Ian McBryde’s poem ‘Cat to Antelope’ or Kevin Brophy’s ‘Zoo of the Exiled’ to Andy Griffiths reading something so funny and well-crafted I’ve forgotten any titles he may have given. The breadth and depth of topics and styles was hardly unique among poetry readings anywhere in the world, but I had never immersed myself so fully in this heady, creative sphere and it was inspiring.

In the introduction to Perseverance Poets’ Collection 1991–1992 Ken Smeaton, Whitefeather Light and Louise Craig write, ‘This collection celebrates an idea on the way to becoming a tradition. It started with the Street Poets’ uneditorialised poetry sheets that flooded Melbourne in the ‘70s and ‘80s and continued with collections from the Provincial and Rochester hotels. Ideas are free. Here is an idea that can put the young, the new and un-sung poets on the fast track to publication and recognition in a friendly environment rich in talent and harmony.’ Pamela Sydney, Jennifer Harrison, Phil Ilton and many others in the Melbourne poetry cannon have produced broadsheets or publications or CDs or websites of their regular readings – and thank god. I love the ephemeral and raw manner in which poetry can live one moment on stage never to be remade exactly the same way again, but I do like the residue, the documenting.

Just after my first reading at the Perse I discovered, in an op-shop, the Poets on Record series (UQP) and this one was gold: number 10, Mr Chris Wallace-Crabbe. Having a 7-inch record of a poet at home was thrilling. It was a great way for a student of literature to hear 1973 come alive with colour, to hear the exuberance in Wallace-Crabbe’s voice. A Wintry Manifesto was on side one. It was the death of Satan first of all. Rock and roll. Some other poets in the series included Judith Wright, Rosemary Dobson and Bruce Dawe – the biggies. It was a little harder to track down Off the Record (Penguin, 1985) edited by Πo. This stunning collection was gutsy and vibrant. It was a must-have of Australian poetry: Dorothy Hewett, Joanne Burns, Kate Jennings, Jenny Boult, Gig Ryan, Jas H. Duke, Alex Selenitsch and other luminaries. From this I flew further into the gorgeous universe that is Πo. A few years later, I read 24 Hours in about as many hours and again, just like with janssen, I knew there was a whole other way of thinking.

I met Πo in the mid ‘90s. He is as very bit as stellar as he reads on the page. He is supportive, bitingly humorous, inventive. He is certainly a creator. I blushed when I read his 1982 poetry collection Fuck Poems. I have been impressed/baffled/enlightened over the poetry math of The Number Poems. He commands the stage. Everyone listens. He draws you in and sometimes spits you out (with that beautiful smile). He is one of the great many minds responsible for Collective Effort Press, which has produced reading essentials such as 925 and Unusual Work. Melbourne wouldn’t be the same without Πo.

Pages: 1 2
This entry was posted in ESSAYS and tagged 3RRR, alicia sometimes, Ania Walwicz, Berni M Janssen, Pi O, Sophie Cunningham. Bookmark the permalink.
Alicia Sometimes is a writer, poet, broadcaster and musician. She was the host of 3RRR’s writing and spoken word show Aural Text for fourteen years and is a regular guest on 774 and Radio National. Sometimes was editor of the national literary journal Going Down Swinging for seven years and has appeared in ABC TV's Sunday Arts and Best Australian Poems. She has performed her spoken word at many venues, festivals and events around the world; has two poetry collections, kissing the curve and Soundtrack; is a 2014 Fellow at the State Library of Victoria; and was director and co-writer of the 2009 Melbourne International Arts Festival science-poetry show, Elemental – now touring in 2014.