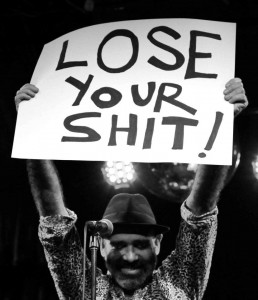 Bruce Springsteen’s Nebraska album was released thirty years ago, in 1982.

Twenty-four years after that iconic moment in the history of urban American folk, Liner Notes debuted at the 2006 Melbourne Fringe Festival with a spoken word tribute to David Bowie’s Hunky Dory album.

Now, thanks to Cordite Poetry Review these moments in history come together. Cordite 37.1: Nebraska features original works by eleven of Australia’s finest writers and spoken word performers, all responding to Nebraska, track by track (plus a special bonus track, but more on that later).

The first obvious question is: what is Liner Notes?

It came to me like a bolt from the blue in early 2006. I was at the time convening Babble, a regular spoken word event held at Bar Open in Melbourne. I was always trying to think of new concepts to attract a wider audience to poetry events. I wasn’t interested in just putting on shows for the same old faces week after week. For poetry to grow, as a live artform, it has to evolve from just poets reading to other poets waiting to get up and have their turn. I remember waking up in the middle of the night with this idea and immediately having to write it down for fear of forgetting it by morning.

Here’s how it works.

Choose a classic iconic album. For each track on that album, allocate a writer. Their task is to write and perform a response to their chosen track, anyway they choose. Over the years since Liner Notes began the works have been songs, stories, poems, non-fiction deeply personal accounts, raps, even experimental dance performances. Some pieces directly reference the songs they are responding to, some will just riff off a single line or image. The works are performed on the night in the order they appear on the album with a break taken between side A & side B (respect to vinyl). A tribute night with a very important difference, brand new original work is born from it. 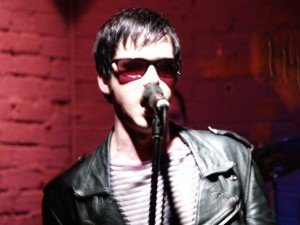 My Liner Notes co-producers, Emilie Zoey Baker and Michael Nolan, have been there right from the start. I only came up with the concept but Liner Notes would definitely not be what it is today without this team and especially the exceptional hosting skills of Michael Nolan. Nolan doesn’t just introduce the acts, he extensively researches each album and takes the audience on a kind of guided tour through the making of the album. The behind the scenes dirt, the hilarious anecdotes, the studio bust ups, the scintillating juice from the fan forums, and … he sings! Each Liner Notes event includes a house band performing uniquely interpreted covers from the album.

Liner Notes has grown from humble beginnings in a small upstairs Fitzroy bar to being a regular sold out event at the Melbourne Writers Festival for the last three years and there are now copycat events held in Seattle and Vancouver and probably more we don’t know of yet. Albums presented have been from David Bowie, The Velvet Underground, The Cure, Madonna, Nirvana, AC/DC, Michael Jackson, Fleetwood Mac and INXS. 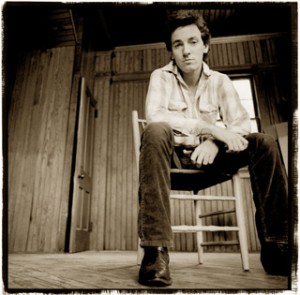 And now … Bruce Springsteen’s towering, aching, epic release, Nebraska, presented for the first time for an exclusive online only edition of Liner Notes.

Nebraska in the form we know and love today was never meant to be released. Recorded originally as a demo in Springsteen’s home on a four-track cassette recorder it was later given the full E-Street band treatment in the studio, ready to be unleashed on the world. But after comparing the two, Springsteen and his manager and close friend Jon Landau decided that something got lost in the transition. Something gritty, raw and real. So the demo, recorded on a $5 cassette was handed in as the end product, a remarkable act for a major label to concede.

It was a risky move, his previous albums built on bombastic production, heavily layered arrangements and blaring horn sections. But it was a move that paid off and many regard Nebraska now as The Boss’s finest moment. Thematically it hovers in darkness and shadow, from tales of true life killers (Charles Starkweather) to other brushes with the law, domestic heartache, crumbling cities, desperate characters in desperate times, all searching for ‘reasons to believe.’

Take a look at the cover now, (You’ve got the vinyl right? Okay the CD will do as well), there’s the ice slightly banked up on the windscreen, the wide open road and endless sky ahead. You can FEEL that crisp grey chill whipping at the chassis. You reach for the radio to take your mind of the emptiness. Imagine each of these eleven* writers coming on Cordite FM as you drive along, each giving you their version of this road trip. You could be driving through rural America, or you could be driving through the Australian outback, you could be anywhere.

Bruce sings everything dies baby that’s a fact, but maybe everything that dies someday comes back.

And I believe him.

*Eleven writers? ‘But there’s only ten songs on Nebraska!’ I hear you indignant Bossaphiles shout! Well, at the time of the recording of Nebraska, Springsteen also recorded a bunch of demos, several of which would later appear more fleshed out on a little-known album called Born In The USA. So we decided to include a special Bonus Track to honour this.

Sean M Whelan is a poet, playwright, DJ, marriage celebrant and podcaster. His two books of poetry are Love is the New Hate and Tattooing the Surface of the Moon. In 2018 he began a weekly creative writing themed podcast called More Than A Whelan.

View all posts by Sean M. Whelan on Cordite →