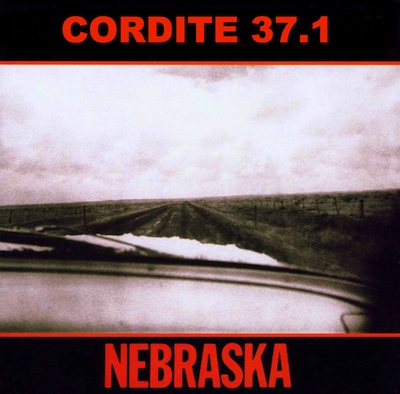 Released in conjunction with the Cordite-Prairie Schooner co-feature, Cordite 37.1: Nebraska is a tribute to Bruce Springsteen’s Nebraska album, presented by Sean M. Whelan and Liner Notes.

Sean M. Whelan’s editorial outlines the genesis of the Liner Notes project and also discusses the significance of the Nebraska album:

Nebraska in the form we know and love today was never meant to be released. Recorded originally as a demo in Springsteen’s home on a four-track cassette recorder it was later given the full E-Street band treatment in the studio, ready to be unleashed on the world. But after comparing the two, Springsteen and his manager and close friend Jon Landau decided that something got lost in the transition. Something gritty, raw and real. So the demo, recorded on a $5 cassette was handed in as the end product, a remarkable act for a major label to concede.

We’re thrilled to be able to present this special issue. Big thanks to Sean and all of the contributors. We strongly suggest you check it out!