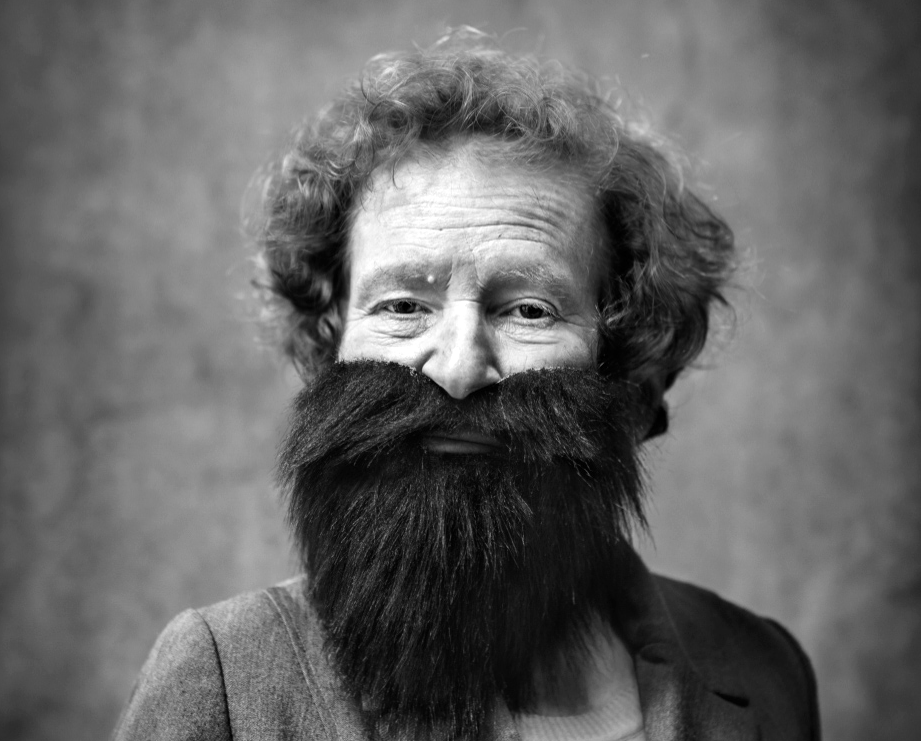 A few days before Melbourne’s La Mama Theatre burned down in May this year, Ania Walwicz had a dream.

In it, she was putting the manuscript of her new book, Horse: A Psychodramatic Enactment of a Fairytale, into an oven at La Mama – where she had performed a few years’ prior. The book caught alight. A week or so later, she called up a friend, and told her she was planning to launch the book at La Mama. ‘And she said, “But Ania, haven’t you heard?”’ Walwicz told me recently, from the RMIT University office where she wrote Horse. ‘“It’s on fire!”’ And it was burning at that moment.’

Horse’s birth-destruction in a prophetic dream seems appropriate, given that the 67-year-old writer, performer and visual artist describes the writing of it as a ‘magical process’. The subject of magic comes up frequently in our discussion about the book, her sixth, published by UWA Publishing in July.

Walwicz belongs to that pantheon of great immigrant writers, along with O and Ouyang Yu, who radically challenge the status quo of Australian poetry. Born in Poland six years after WWII, Walwicz emigrated to Australia in 1963 and published her first book, Writing, in 1982. Her renowned poetry, both written and performed, is voluble, volatile and self-generating. To cite one of the plethora of theorists and texts Horse engages with – Lacan’s concept of the mirror stage never quite takes. Instead of recognising itself as a stable ‘I’, when Walwicz’s self /text looks into the mirror it shatters, into fragments that are always multiple, and multiplying. Horse’s revelation is how it addresses this ‘fragmented self’ not just aesthetically, but explicitly.

Horse’s predecessor, 2014’s Palace of Culture, is centripetal and suffocating; its subjectivity is, as Walwicz affirms, that of the nightmare, which one experiences and cannot control. In stark contrast, the narrator of Horse is wide awake and lucid. While both books are interested in how the self is created and recreated through trauma, Horse centres trauma as a key to Walwicz’s poetics, as in passages like this:

Vanya Ania Walwicz tells now that to my old mad father the devil was on me and in me I was on field dark field at night now and devil took me who was it devil took me in dark and I fight now n fight now n fight now and win now I win now i’m jim and I win fight devil now eeble deeble but I win now I’m just tiny baby and I fight n fight and he gets outta me I throw him out outta me he gets outta me he gets outta me through mouth he gets in me up back ride backwards back speak says words back wards but I get him outta my mouth he gets in big but comes out tiny speck a dust bait bite just spent a little deaTH makes my words WIDE.

In conversation Walwicz is exuberant and charming. She comes across as being deeply engaged in poetry’s futures, and its role in resisting homogenisation of identities and ideas. ‘We are always becoming something else, and something other,’ she says at one point.

Andrew Pascoe: I read in your 2013 interview with Jessica Wilkinson for Rabbit Poetry that the origins of Horse started in a fairytale that you used to write – where did Horse come from?

Ania Walwicz: Well it all happened in my teaching – a person appeared in my class who met me when I arrived in Australia, when I was nearly 12. And I told her I wanted to be a writer. And she ended up coming to my poetry class, many years later. Of course I didn’t recognise her, it was a completely sort of different person, but she brought this book to class which was a Polish publication of a Russian fairytale by Piotr Jerszow, called ‘Humpback Pony’ [Konik Garbusek], and oh it was a shock to me – I was given that book for my first grade prize, the same book. And I wanted to buy it from her, but she didn’t want to sell it, she said you know, you can take it home and keep it for as long as you want, but I showed it to everyone…and then I started making notes. I really was connnected to that book. Suddenly … this Konik Garbusek appeared and I applied to do a doctorate and I came up with that idea of doing this fictocritical work which would have layers of theory, and poetics, and commentary, and a kind of analysis of my own life. And psychodrama, the whole … the whole shebang.

But it was quite a magical process. I would go to the State Library, make notes, and then come back here in the staff room after hours and write away. But it was the easiest writing I’ve ever done. It was almost as though it was doing itself. Maybe … that whole process of psychodrama, it does invite a spontaneous connection of things. But I don’t know. It was a magical event. The whole thing, it was just producing itself. Maybe I’ll never be able to do somethng like that again.
AP: Did you start seeing connections between the fairytale you’d written as a child and the Humpback Pony story?
AW: Oh I think, the fairytale, I was always interested in the writing of fairytales. As a child I wrote this big fairytale. But as soon as Konik Garbusek was there, the connection of my own life to that fairytale, and then wanting to write about it, and engage in ideas of pyschoanalysis too…it became, I don’t know, a strange event because I would come and it was just producing itself. It was almost as though – my god, how will I keep this up? Or will it suddenly go bad? But it didn’t. So I did it all in one go. And it became my doctorate, and then it won the medal [the 2017 Alfred Deakin Medal for Deakin University students].

It was really strange – I started it at Victoria University, then they closed the whole section where I was, so I had to transfer to Deakin University. So I had the all difficulties around the work, but the actual writing was a magical act.
AP: You mentioned working in the State Library of Victoria, was that a lot of reading of psychoanalytical texts?
AW: Yes, yes. Freud, other people, and surrounding material about psychodrama. There is also a theatre group called Playback Theatre, which is based on psychodrama. I went to some of these sessions, so I had ideas. Then I was reading about Moreno, the founder of psychodrama. It’s interesting because many years ago I was teaching at Victorian College of the Arts (VCA), in the drama school, and I was making notes on psychodrama then, but I didn’t quite know how I would use it with the students. I tried, but it didn’t quite work. But then I used it in my own work, and it suddenly appeared; which shows, whatever you read, it sort of stays with you, and then informs other aspects.

And while all of this was happening, I was still teaching. But I would talk to students about, you know, what I was doing and the photo appeared – I found, I had a beard already, and so a person actually working at RMIT, Naomi Herzog, took all these photos and a little film came out of that that’s on Youtube. So one thing led to another. But it was as though other people were engaging with this too. It wasn’t just my solitary situation, it sort of became a vehicle of some kind of magical connections. But how strange!

And I didn’t know how Horse would end up or what would happen but I knew that there was something…remarkable happening, that was sort of almost guided by an outside power. But you know I found ideas which are supposed to be also generated within Freud’s writing, of the Kabbalistic thought which has always interested me: the sort of magic of language, that language can multiply itself and form secret and unusual patterns, while everything is put away in the drawer, and things of this nature. But I think because I was going into the fairytale territory, and the fairytale area is an area of magic. Because it’s a different kind of self-generating narrative. So it has a kind of circular, energetic format, kinaesthesia of circular movement appears there.

Pages: 1 2 3 4 5
This entry was posted in INTERVIEWS and tagged Andrew Pascoe, Ania Walwicz. Bookmark the permalink.
Andrew Pascoe is based in Narrm/Melbourne. His chapbook, cones, is out through Bulky News Press.


More by Andrew Pascoe on Cordite Poetry Review →
Ania Walwicz is an Australian poet and play-wright, born in Swidnica, Poland, she emigrated to Australia in 1963 and was educated at Melbourne's Victorian College of Arts and the University. She has been a writer-in-residence at Australian universities and is well-known for performances of her work. She is widely admired for her highly experimental poetry, which rejects the conventional structures of free-verse in favour of the prose-poem form, but creates energetic rhythms through patterns of grammatical and tonal recurrence. Walwicz's principal collections include Writing (1982), re-issued as Travel/Writing in 1989, Boat (1989), and Red Roses (1992). Her theatrical pieces include Girlboytalk (1986), Dissecting Mice (1989), Elegant (1990), Elegant (2013), Palace of Culture (2014) and Horse (2018).