The Rooster (after Omar Musa) 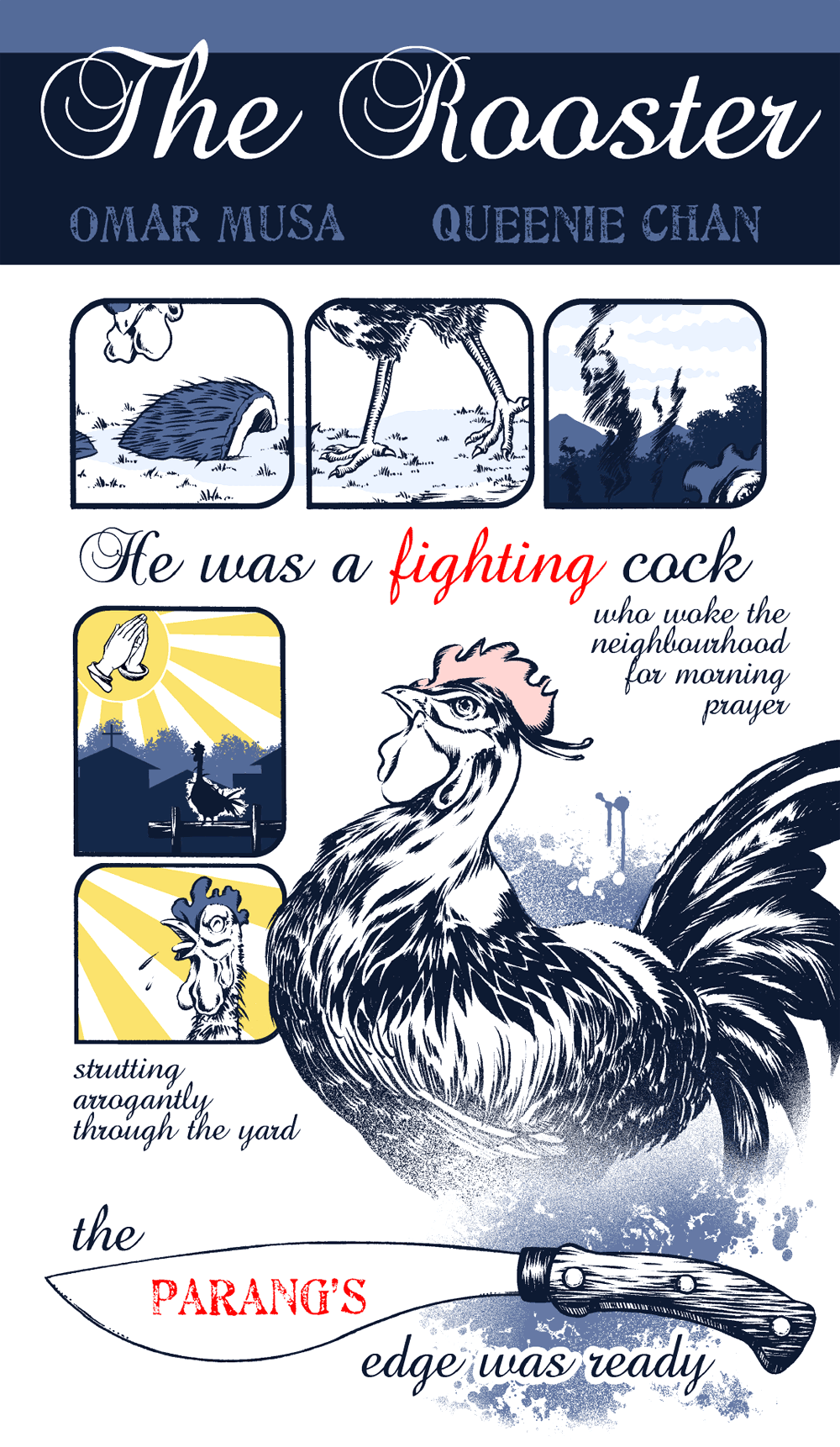 Pages: 1 2 3
This entry was posted in 58: PUMPKIN and tagged Omar Musa, Queenie Chan. Bookmark the permalink.

Queenie Chan was born in Hong Kong in 1980, and migrated to Australia when she was six years old. In 2004, she began drawing a 3-volume mystery-horror series called The Dreaming for LA-based manga publisher TOKYOPOP. She has since collaborated on several single-volume graphic novels with best-selling author Dean Koontz. As prequels to his Odd Thomas series of novels, they are called In Odd We Trust and Odd Is On Our Side, the latter reaching #1 on the New York Times best-seller list the week it came out. The third book, House of Odd, was released in March 2012. She currently lives in Sydney, Australia.

View all posts by Queenie Chan on Cordite →