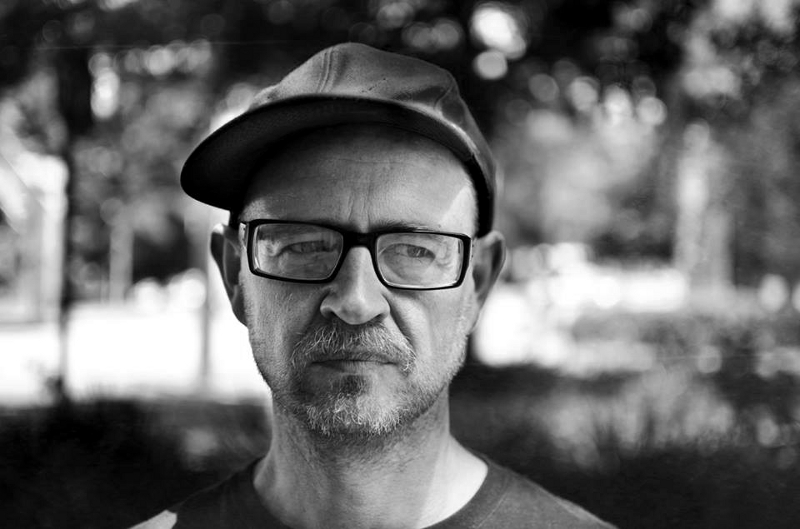 Reading MELBOURNE: a poetry feature could be analogised to living in Melbourne on a good day. Perhaps a good day doesn’t involve getting on a bus, but they are more interesting than trams or trains. It probably involves writing a poem, there’s plenty of it going on. It could be a work day if your work’s as interesting as that described in Brett Dionysius’s ‘Six Shifts at the VISY Recycling Plant, Heidelberg’ (or if your work is writing poetry). This is not a portrait of Melbourne but an enactment: poem as tram, café, accident. Poem as field of social/sporting relations (party/cricket match). Melbourne is not a discrete place either: Melbournians go to Yackandandah; Melbournians watch TV. It is not even a place as such, but a composite of experiences, like all cities. A good day in the city means needs met or needs unpressing. Days, however, stretch and change: a lot can happen. Perhaps a poem is more like an hour. A good hour so much more attainable, an after work hour might be good for anyone (for more on the hour and its relation to poetry see The Complete Perfectionist: The Poetics of Work by Spanish poet Juan Ramón Jiménez).

MELBOURNE is supported by the City of Melbourne through its Arts Grants Program. As guest editor to this unique issue, I solicited 50% of the poems (as opposed to the standard 10% or fewer guest editors wield for Cordite’s quarterly issues), and did so from poets who had rarely, or had never, appeared in Cordite Poetry Review before. These were mainly younger poets, though there were also a number of new and/or younger poets selected in the anonymous submission process.

One of these newer poets include Sian Vate, whose prose poem ‘melbs’, does what its title suggests: making the city (or more specifically, the suburb of Coburg) an intimate, yet social space, with a trace of one of the champions of such writing, ΠO, aiding its enunciation. The poem is structured through alternating negations and affirmations, yet is given lift through occasional questions and internal rhyme.

Another is Leah Muddle, her ‘flavour of’ evokes a bat’s view of Melbourne’s ubiquitous form of transport, public too in a sense, of bikes, bikes that ‘run cafes … sign t-shirts’ – and are perhaps influential in deciding the reigning cake-form: ‘flavour of’ optimistically declares the death of the cupcake (Bikes even distract us from the footy in Stu Hatton’s ‘lunch poem, university square’). It is an exemplary recycling of adjectives and images.

Claire Nashar’s ‘Melbourne sonnets’ Australianise the New York school poets’ play as well as Melbourne itself. The Yarra river, fruit bats and Corey Wakeling function as agents that move in and out of the urban, an image import-export industry, allowing and implying dingoes, bilbies, spirit animals. Nashar’s networking, ecological text delights in evading the convention of the city-bush divide.

The poems are the core of MELBOURNE, but the stakes of poetry manifest in some other features of this issue: ‘Crawling Across Tram Tracks: Extracts from Volumes 5 & 6 of Fay Zwicky’s Journal’ , introduced by Lucy Dougan; Corey Wakeling’s interview of Javant Biarujia; Alicia Sometimes’s essay, ‘Radio Laneways and the Melbourne Sound’; and ‘Some Art and Text: David Egan, Thea Jones, Nicola Bryant, Lauren Burrow, Nicholas Smith and Saskia Doherty’: a conceptual art feature from Monash Art Design and Architecture curated by Spiros Panigirakis. Tim Grey’s black and white photographic salon, ‘Plain’, emphasises the ground and sky: they are more than supports or canopies for Melbourne’s worldly endeavours.

Fay Zwicky has been a resident of Perth for many years, yet even her journals of the 1990s reflect on her formation in Melbourne. The extracts recall scenes as early as 1938: ‘the wireless, the gramophone, the Chinese market gardeners, the beer drays drawn by Clydesdales, the steaming heaps of orange manure on the roads on winter mornings, the milkman’s horse-drawn cart with it warm red light clopping in morning darkness…’ and a dream of St Kilda’s Luna Park from 1990. Lucy Dougan’s introduction to the extracts reflects on Zwicky’s position in Australian poetry, her musical upbringing, and the tensions for Zwicky ‘of a life lived between Melbourne and Perth’.

In his interview with the former Labassa resident (cf ‘Five Bells’), poet and small publisher, Javant Biarujia, Corey Wakeling elicits an allusive portrait of an international, reflective, feeling mind steering down a conceptual Yarra flow. Biarujia is both generous and critical: qualities which come further to the fore in his attendant poems ‘PLUS ÇA CHANGE … 1981–2011’, an Age cutup, and ‘The German Consulate in Melbourne’ which networks a further architectural reference into Biarujia’s productive melange (cf all its meanings, of Viennese coffee, diamonds, etc.) of the provincial and avant-garde.

Alicia Sometimes’s essay is largely homage to the spoken word scene of the 1990s. Her memories of ‘the Perse’ hotel on Brunswick Street in Fitzroy as a venue for performing poetry include not just names of poets but specific poems. Sometimes is an experienced local radio presenter as well as poet, performer and editor. Her engaging text dissolves the distinction between listening and reading, performing and reading aloud, between modes of writing and address. Her essay has correspondences with other themes in MELBOURNE: memories of growing up in Melbourne, of experimental writing (her excitement at being introduced to the work of berni m jannsen), of travel away from Melbourne and what that does to how you think and feel about the city, of the role of music and art and how they intersect with poetry. These memories all become aspects of a personal poetic history. But not just personal: ‘Radio Laneways and the Melbourne Sound’ is also social, connecting with the histories of many others, histories of earlier decades and of this one.

In ‘Some Art and Text’, Spiros Panigirakis presents the striking coincidence of six Honours students at Monash Art Design and Architecture in their use of poetry, narrative, reading and visual poetics. As Panigirakis indicates, in the work of these six artists there is no clear division between poetics as exegesis and poetry (or visual or other art forms) as creative practice. In this context we might see as ironic Nicola Bryant’s statement from ‘Ekphrasis’, which accompanies a large black dot: ‘This ekphrasis responds to the representation of a full stop’. Nicholas Smith’s interest in the night parrot recalls the poetic interests of both Dorothy Porter and John Kinsella: both dedicating books to this bird (The Night Parrot and Night Parrots respectively). For their work, and that of David Egan, Thea Jones, Lauren Burrow, and Saskia Doherty, and for the 55 poems in this MELBOURNE issue, read on.

This entry was posted in ESSAYS and tagged michael farrell. Bookmark the permalink.
Michael Farrell's I Love Poetry and A Lyrebird: Selected Poems are both out this year (2017): from Giramondo and Blazevox, respectively. His scholarly book, Writing Australian Unsettlement: Modes of Poetic Invention 1796-1945, was published by Palgrave Macmillan.