Pam Brown is a Sydney poet living on unceded Gadigal land. Her most recent book of poems is click here for what we do (Vagabond Press, 2018).

It’s January. As I begin to write this review it’s over 40 degrees celsius outside our small non-air-conditioned house in inner suburban Sydney. I’m indoors, perspiring lightly, with a desk fan on, windows closed, blinds drawn, listening to wails of gusts of hot wind.

In case you haven’t noticed, there’s a surge in material on gender and sexuality being produced by a profusion of switched-on contemporary thinkers. In Australia, Puncher & Wattmann published the anthology Out of the Box – Contemporary Gay & Lesbian Poets almost a decade ago.

In the winter of Pokémon Go, I read quite a few new books of poetry. The collection Poems of Hiromi Itō, Toshiko Hirata & Takako Arai was the most cogent. These three Japanese poets are taboo-breaking women who write without reservation about ‘female experience’ in the political context of contemporary transnational capitalism.

I think I was thinking of a big concept like ‘The End Times’ when I made up a theme for poems for this issue of Cordite Poetry Review. There is general consensus that the times we’re living in are endtimes.

Submission to Cordite 53: THE END Open!

Poetry for Cordite 53: THE END is guest-edited by Pam Brown. Read Corey Wakeling’s interview of Pam from 2012. Let me start at the very end, the dead end, the living end, at wit’s end, the end of the line. … 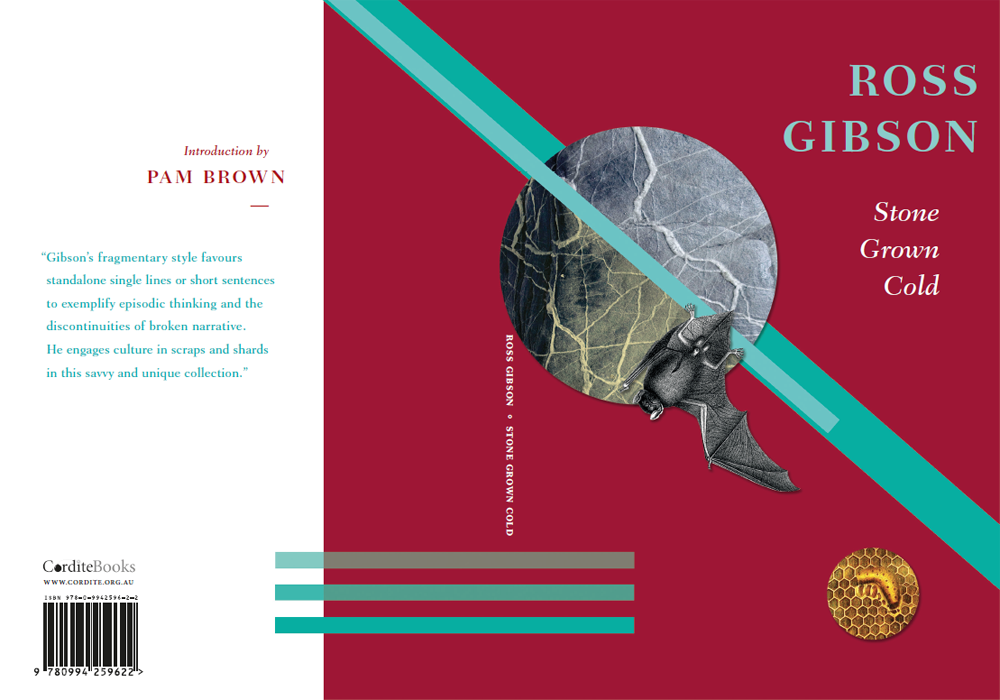 What does the street know? both of its centuries have disappeared this was a manufacturing warehouse now a fitness gym a cafe an imported fancy european bike outlet this was a corner shop the police never come here to this …

Coming back to their neck of the woods, a shout was as good as a wolf and a basket  as full as a boot full of tarnished medallions  and useless keys, pugnacious as costume  on a moonlit patio, swilling prosecco  …

The mask on the cover of ‘Beyond the Ohlala Mountains’ suggests that there’ll be some odd theatrics inside the book. It’s a plain papier-mâché mask of a slightly jowly head with a bulbous nose and a pair of puckered, pouting, full red lips. What does it express – is it a superior sneer? Is it bourgeois disdain? Is it about to say ‘oh là là’? The mask was made by Sally Rodwell, the now-deceased partner of the New Zealand poet collected here, Alan Brunton. It was made for a theatre work called Cabaret of the Unlikely that was performed three years after Brunton had died at 55, in 2002.

close to mononia espinacas con garbanzos, a rich pepper. orders have been scrawled in chalk to form a form, yes, it is El Rinconcillo, the oldest tapas dishes, and 30.03 kilometres from Mononia, plates designed to be shared. so I …

Short on shimmy they took to the disco with a resounding whomp of white & solid silver waves of wire; a platform to berate from, a wag the dog diorama; wearing only your shadow & shouting to the stomping throng …

cento for Kate Fagan the world was a little darker before it was blue brilliant as nowhere special to go you could try double blinds machines parody all future empires say goodbye to the supermarket. unbearable authority makes me dizzy …

a revhead full of vodka slushies, fading bling, the schlock of the old. just don’t hand over the car keys. sampling a fizz of schweppervescence I think of us, you and me, our lifetime lack of fancy salaries. on a …

More than a feuilleton

the experienced world hasn’t been the world itself for a long time now & now we want to see the world as we want it to be * who’s speaking, saying this about the ‘world’? what ‘world’? * a cute …

Pam Brown is not only one of Australia’s most prolific and important poets writing today, but also one of our richest archives on the history of late twentieth century Australian poetry. Since this is Cordite’s Sydney issue, I thought an interview with her might evince a valuably multifarious image of, perhaps, Australia’s most speedily shifting poetic landscape.”

Pam Brown Live at the Globe

In response to the effects of global climate change, and probably informed by earlier exponents like natural historian Henry David Thoreau, Rachel Carson, Aldo Leopold, Eric Rolls and so on, the literary genre 'nature writing' has been re-invigorated and a new genre, 'ecopoetry', has emerged in the first decade of the twenty-first century.

EVE N. MALLEY is a prominent Melbourne-born bon vivant and poet who once earned her living as John and Sunday Weed's kitchen hand. She has published monographs on cooking, sex, gardening, comic books and art. She is currently writing a study of love poetry of the 1950s. Eve N. Malley lives, these days, in the Cotswolds.

a sheet of pills slips from the drawer to the floor not near a radio can't operate the dvd player, don't understand the digital box, (do I care ?) air, breeze and leaf (someone else's window) tinge the time (someone …

the Italians go to Starbucks – beam me up biscotti. Pasolini, the charmer, orders decaf. last century Federico Fellini made films as if everyone loved films that was the gift, the key. Pier Paolo filmed like someone who'd never been …