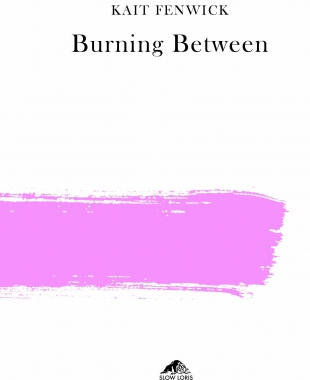 In case you haven’t noticed, there’s a surge in material on gender and sexuality being produced by a profusion of switched-on contemporary thinkers. In Australia, Puncher & Wattmann published the anthology Out of the Box – Contemporary Gay & Lesbian Poets almost a decade ago. Currently you’ll find queer poets (many of them students of writing and literature) swarming around venues like Sydney’s Subbed In, Freda’s and Sappho’s. Literary magazines have published dedicated lgbtqi issues and Melbourne-based Archer magazine declares itself ‘The world’s most inclusive magazine about sexuality, gender and identity’. In 2018 the organisation Australian Poetry hosted lgbtqi Big Bent Readings at the Sydney and Melbourne writer’s festivals. In Cordite Poetry Review, the most recent issue was themed TRANSQUEER.

There’s so much happening around the topic of gender that this review might seem like it’s coming a bit late to the party. But gender concerns have been around for many, many years even though they might seem recently new and insurgent. I was an active participant in the liberationist politics of an earlier generation. We were reading mostly the French and North Americans: Monique Wittig, Michel Foucault, Jill Johnston, Shulamith Firestone, Ti-Grace Atkinson, Rita Mae Brown, Adrienne Rich, Audre Lorde, Kate Millet, and, later, Luce Irigaray, Eve Kosofsky Sedgwick, Judith Butler and others. Michael Hurley’s comprehensive book, A Guide to Gay and Lesbian Writing in Australia (1996) documented the many activist poets and writers of those times.

In 2016, the Oz elder of homosexuality, Dennis Altman wrote in Meanjin:

we saw ourselves as radically changing society and have had to adjust to a world that is changing faster and in directions we could never have imagined. Questions around gender and sexuality remain as charged as they were in the 1970s [& early 80s] but they take different forms, so that [some] of us who came of age in the countercultural liberation movements [might] be disoriented by what seems a strange mix of conservatism and radicalism, [like, say,] the desire for lavish weddings coexisting with a growing awareness and acceptance of transgender that challenges all our assumptions about sex in its biological and social meanings.

I don’t mind a challenge. One such challenge is to think these issues through while also being conscious of not commodifying identity. That’s not so easy.

As far as the demographic goes, non-binary people are in a non-conforming minority and so do live in the margins of expected gender norms. I’m probably over-simplifying this, but perhaps (optimistically), commodification and in-your-face branding can be a method of challenging restrictive social codes. I’m not sure. But I do know that poets, too, are often categorised as a minority (or at least as ‘weird’ or ‘difficult’) in relation to normative mainstream literature. So that’s doubling the trouble. Why not ‘unlearn’ repression and make some great poetry?

I first noticed Newcastle poet Kait Fenwick’s work in 2016, when it appeared in Contemporary Australian Feminist Poetry, edited by Bonny Cassidy and Jessica Wilkinson. The poem called ‘Hidden Nature’ was fresh, funny, perhaps a little brash and definitely, like snapchat – which the poem mentions – it’s a fast look at an off-centre but everyday life in Newcastle, New South Wales. The poet is working at a small art gallery that from 1861 until 1982 was the local police confinement cells. It is now called The Lock-Up:

Given that Fenwick has named the artist earlier in the poem, relating their critical experience of the installation does seem audacious. In October 2018, the Newcastle Herald declared the city a ‘poetry hotspot’ of events and publishing. The first four titles in Puncher & Wattmann’s new Slow Loris Chapbooks imprint, including Kait Fenwick’s Burning Between, were launched from the hotspot a few days later.

For Fenwick, Burning Between is positioned ‘in the margins’, which she announces with a quote from standup comedian Hannah Gadsby (whose material resists commodification by declaring an anathema to the glitter and glam of gay rainbow culture):

Do you understand what self-deprecation means? When it exists from somebody who already exists in the margins? It’s not humility. It’s humiliation.

Fenwick’s poem lists their reasons for resisting a film of Gadsby’s show, Nanette. It’s a short list of repressed feelings and other rationale – ‘knowing it [the film] would touch you in ways that you didn’t want to be touched’, ‘Calling it experiencing having your heart caressed / while being simultaneously kicked in the guts’, ‘Call it unlearning’.

Fenwick’s poems are super-current and clearly zoned-in on situation. The first occurs on a local bus. On a laptop the poet scrolls to a film clip of another lesbian comedian – North American Lea Delaria (whose web site, by the way, warns ‘Enter at your own risk’). Lea Delaria, in character as Big Boo on the TV series Orange Is The New Black, is taking all her clothes off. She drops her pants and declares ‘”Fat is not ugly”/ “Look at me”’, at which moment the poet slams the laptop closed. This swift reaction ends the scene and the poem, leaving the reader to impute the speaker’s feeling – embarrassment, mild horror, shock? Such private intensity on a public bus makes a cogent starting point for the book.

Pages: 1 2
This entry was posted in BOOK REVIEWS and tagged Kait Fenwick, Pam Brown. Bookmark the permalink.
Pam Brown is a Sydney poet living on unceded Gadigal land. Her most recent book of poems is click here for what we do (Vagabond Press, 2018).