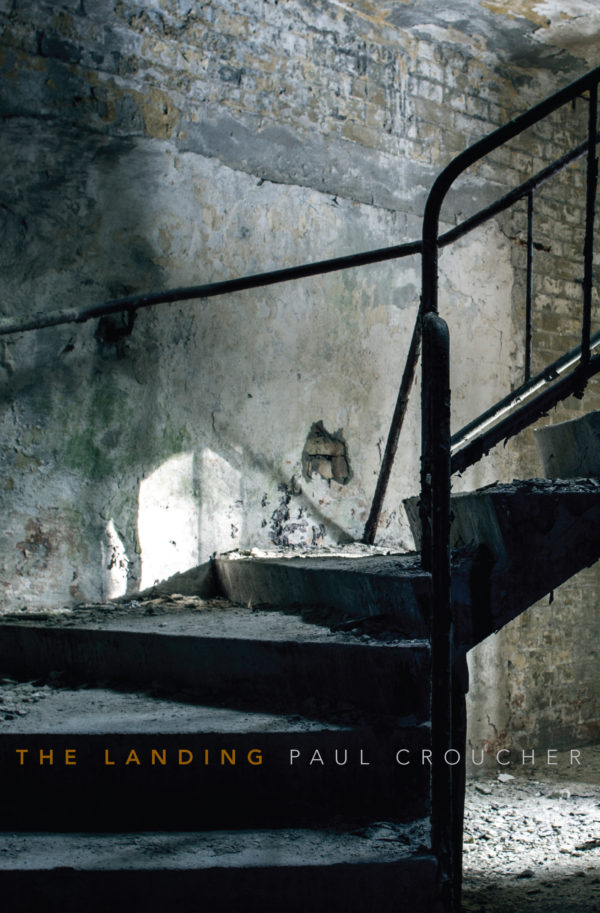 While Paul Croucher has previously published A History of Buddhism in Australia 1848-1988, this is his first poetry collection. Embedded within the poet’s attention to nature is a Buddhist understanding of suffering as a necessary part of existence and at times his spiritual beliefs are expressed explicitly. In ‘Theravadin’ the speaker asks his ‘Ajahn’ (teacher) why he has been reincarnated and is told: ‘Not enough suffering / the first time’. The notion of ‘samsara’ – the cycle of birth and death to which non-enlightened beings are subjected – is reiterated in ‘After All’, a poem in which a courtesan states, ‘there’s / no future, / but there’s / no / end to it’. At first the courtesan’s attitude seems almost despondent, but this is undermined by the speaker’s description of an idyllic landscape:

Croucher’s tight enjambment – the poem consists of a single sentence spaced over eight couplets and a monostich – necessitates a pause after every couple of words. The pacing reinforces the Buddhist mindfulness and mystical themes of the book. That is, the poet’s spiritually informed comprehension of impermanence is both thematically and formally visible.

‘On a Bus Somewhere to the West of Minneapolis’, one of several poems which make reference to Croucher’s poetic influences, begins with the lines, ‘with a cask of wine / and a lover of Lorine / Niedecker’. At his best, Croucher, like Niedecker, demonstrates imagistic precision while maintaining a personal tone. Both poets are also very much concerned with the natural world and rural life, or at least the non-urban aspects of suburban life. For example, the opening couplets of ‘A Solitary Garden in the Seventies’:

Meghan O’Rourke and A E Stallings, in a 2004 review of Niedecker’s Collected Works, identify some of its main features, three of which show revealing relationships with Croucher’s poetics. These are ‘a chariness with syllables … the ‘I’ of the poet condensed out of existence … and a refusal to sentimentalize’, all of which are displayed in one of Niedecker’s untitled poems:

Niedecker, like Croucher, writes with a certain laconicism. In Niedecker’s words, ‘certain words of a sentence – prepositions, connectives, pronouns – belong up toward full consciousness, while strange and unused words appear only in [one’s] subconscious.’ In other words, her ‘chariness with syllables’ results from a prioritising of words she deems as expressive of something subliminal – ‘laurel in muskeg / Linnaeus’ twinflower’, or ‘mud squash / willow leaves’ (‘Wintergreen Ridge’) – over words whose principal function is grammatical. This is not to say that her poems are ungrammatical, rather there is a hierarchy with regards to the types of words she is likely to edit out.

Whereas Niedecker’s poems are syntactically economical, Croucher’s ‘chariness’ manifests in heavily enjambed verse with very few words per line. Moreover, his poems do not always conform to the rules of grammar and tend to be fairly quotidian – no precedence is given to unusual words. Croucher’s ungrammaticality is a technique which seems to evoke both stillness and a spiritual incompleteness – a sense that everything is temporary and therefore trivial. ‘Zen Keys’, for example, is a poem that consists of only two dependent clauses:

In contrast to Niedecker, Croucher’s ‘I’ is not ‘condensed out of existence’ per se, rather the significance of ‘I’ is undermined by the spiritual tone of the book. For example, ‘A Proceeding’ from the ‘Arboreal’ sequence, is ostensibly about a mundane situation. On the surface, it deals with the speaker’s future lack of comfort, but there is also an implied reverence for nature:

At times The Landing shows comparatively less of a ‘refusal to sentimentalize’:

His focus on nature and the absence of a verb gives the poem a haiku-like quality, a sense of stillness suggestive of transcendence. However, the way in which the presence of the speaker is implied is a little self-conscious. That is, the image of the water buffalo is intellectualised, albeit very slightly, by the inclusion of the initial four words, ‘The ordinary / things, like’, whose gratuity, although slight, make the poem sound, if not faintly sentimental, at least un-Niedeckeresque.

Perhaps the most Niedeckeresque feature of Croucher’s poetics is his application of rhyme. Just as Niedecker frequently uses one-off occurrences of rhyme in her short poems – ‘My friend tree / I sawed you down / but I must attend / an older friend / the sun’ – Croucher, in the second section of his extended poem ‘The High Country’, rhymes only the first two lines of the first tercet:

Once again Croucher’s heavily enjambed free verse requests a certain mindfulness of the reader. The poet’s newfound ‘immanence’ is something that he supposes is possessed by cattlemen because of the time they spend with animals in nature. The speaker’s epiphany, therefore, is based on a projection of his own philosophical beliefs and is perhaps a romanticisation of non-urban life. Whether or not the speaker’s epiphany is nothing but a temporary delusion is perhaps irrelevant. When the speaker in ‘Libre’, on the other hand, supposes that plants are sentient this seems somewhat incongruous with the animistic voice of the book:

The presence of the poet, despite the absence of the first-person pronoun, is perhaps too forceful. His anthropomorphisation of peach blossoms does not enhance the spiritual or immaterial qualities of nature, rather it does the opposite, it invalidates them. The romanticised ending jeopardises the impact of the first two couplets, which by themselves have the potential to be autotelic and reminiscent of William Carlos Williams.

Williams’ ‘Red Wheelbarrow’ happens to be the namesake of Croucher’s recently-closed bookshop in Brunswick, Victoria and The Landing, although at times less linguistically precise, is recurrently redolent of his work – ‘Rust / in a basin / left out / in / the rain’ (‘Rust’). Moreover, Williams’ famous tenet ‘no ideas but in things’ is quoted in ‘The High Country’. Following his epiphanic encounter with immanence, the speaker goes on to admit that writing about spiritual occurrences is a form of unnecessary intellectualisation. He defines his cattlemen-like capability as something

The ‘no’ anaphora combined with end-stops stand out against the other severely enjambed lines and this technique develops into something of a motif:

The occurrence of profound gratitude, according to the speaker in ‘The High Country’, is a non-cerebral experience analogous to Williams’ theory of poetics, which Croucher interprets from a Buddhist perspective to imply that what exists only in one’s head is meaningless:

Pages: 1 2
This entry was posted in BOOK REVIEWS and tagged Kishore Ryan, Paul Croucher. Bookmark the permalink.
Kishore Ryan recently interned at Cordite Poetry Review and is currently studying composition and literature at Monash University. He is the son of the poet Max Ryan, whom he plays in a band called Hexham with. He also plays drums with Mick Turner (Dirty Three) and Lisa Salvo (On Diamond). His composition ‘I Purchased Two Donkeys’ for percussion and electronics will be performed at the 2018 Bendigo International Festival of Exploratory Music by Line Upon Line (USA). His poems have been long-listed in Poetry Society’s National Poetry Competition and published in Malevolent Soap. He was also a semi-finalist in 92Y’s 2016 Discovery/Boston Review Poetry Contest.