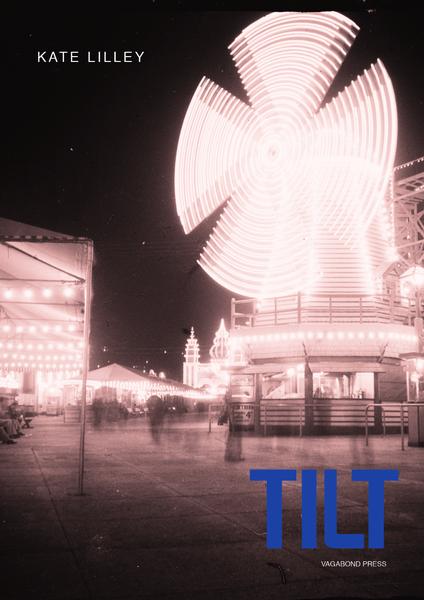 click here for what we do by Pam Brown
Vagabond Press, 2018

In 1915, H G Wells published Boon, a satirical novel that featured long passages pastiching the literary style of his erstwhile friend, Henry James. It kicked off an epistolary barney over what art should be about. ‘It is art that makes life, makes interest, makes importance,’ James wrote in one of the letters. I’m no Jamesian (and it’s not in my stars) but what he seems to be saying is that one of art’s functions is to give structure and meaning to existence by elevating moments, objects and sentiments, however vague or fleeting, out of the formless flux of stimuli that is our world. This curation process is how art helps shape our sense both of ourselves, our communities and cultures and our past.

I came across James’s letter chasing down the epigraph of the third section of Kate Lilley’s Tilt. It seems an apt way to consider, at least partially, Lilley’s latest work as well as Pam Brown’s new collection, click here for what we do. The epigraph begins: ‘I hold that interest may be, must be, exquisitely made and created, and that if we don’t make it, we who undertake to, nobody and nothing will make it for us.’ Brown and Lilley are both poets invested in making interest and exploring how it is made. This is particularly explicit in a number of Lilley’s poems that funcion through the accretion of unadorned detail and, in doing so, interrogate that act of depiction itself. This Jamesian notion of art is also a useful way to read the confessional vignettes that powerfully level serious allegations against Dorothy Hewett, her mother, and rape allegations at several countercultural figures, as well as the alternative history of Oxford Street the title poem recounts.

It’s also a helpful framework for understanding Brown’s work, which continues to mine the quotidian. This is a mode she has described, in 2002’s Text Thing, as:

In determining which moments from life’s shambling contingency make the cut, Brown is, in James’s terms, making importance. It is a democratising poetics, privileging the mundane and the minor. The poems are a kind of poetic mindfulness enacting the benefits and pleasures of living in the present.

Tilt is only the third book in a career that began in the early eighties. ‘Academia buried her talents under bushels of work for more than a decade,’ wrote John Tranter in an introduction to Lilley’s work when her first collection, Versary, was published at the beginning of the aughts. But while readers waited ten years between her first collection and 2012’s Ladylike, a mere six years have elapsed since her last book. In some ways Lilley is picking up from where she left of. Like her earlier collections, Tilt is as concerned with how poems say things as what they say. This isn’t to discount the content, but to stress how important form is in her work. What is unique, though, is the way formally experimental or innovative poems sit snugly alongside more conventional lyrics and, in this case, confessional poems.

It is the confessional poems, which comprise most of the book’s first section, that have propelled the book into the nation’s newspapers. Predictably, the allegations contained in them have attracted far more attention than the poems themselves. This is a terrible shame. Not because Bob Ellis and Martin Sharp, or even Hewett, should be spared sanction and opprobrium, but because the poems are amongst the book’s best, revealing yet another facet of Lilley’s skill as a poet. Take ‘Conversation Pit 1971’, which recounts a conversation with her mother, Dorothy Hewett:

Lilley was ten, turning eleven, in 1971, but set aside, for a moment, the allegation these stanzas levy about Hewett’s appalling parenting and listen to their music: the decasyllabic staccato of the third line; the alliteration of ’s’, ‘th’ and ‘p’ in the fourth; and the balanced bookends of the fifth line. Other poems are less showy but no less virtuosic. ‘Chattel’ is driven by tone:

Pages: 1 2 3
This entry was posted in BOOK REVIEWS and tagged Kate Lilley, liam ferney, Pam Brown. Bookmark the permalink.
Liam Ferney's most recent collection Hot Take (Hunter Publishing) was shortlisted for the Judith Wright Calanthe Award. His previous volumes include Content (Hunter Publishing) and Boom (Grande Parade Poets). He is a public affairs manager, poet and aspiring left-back living in Brisbane with his wife and daughter.