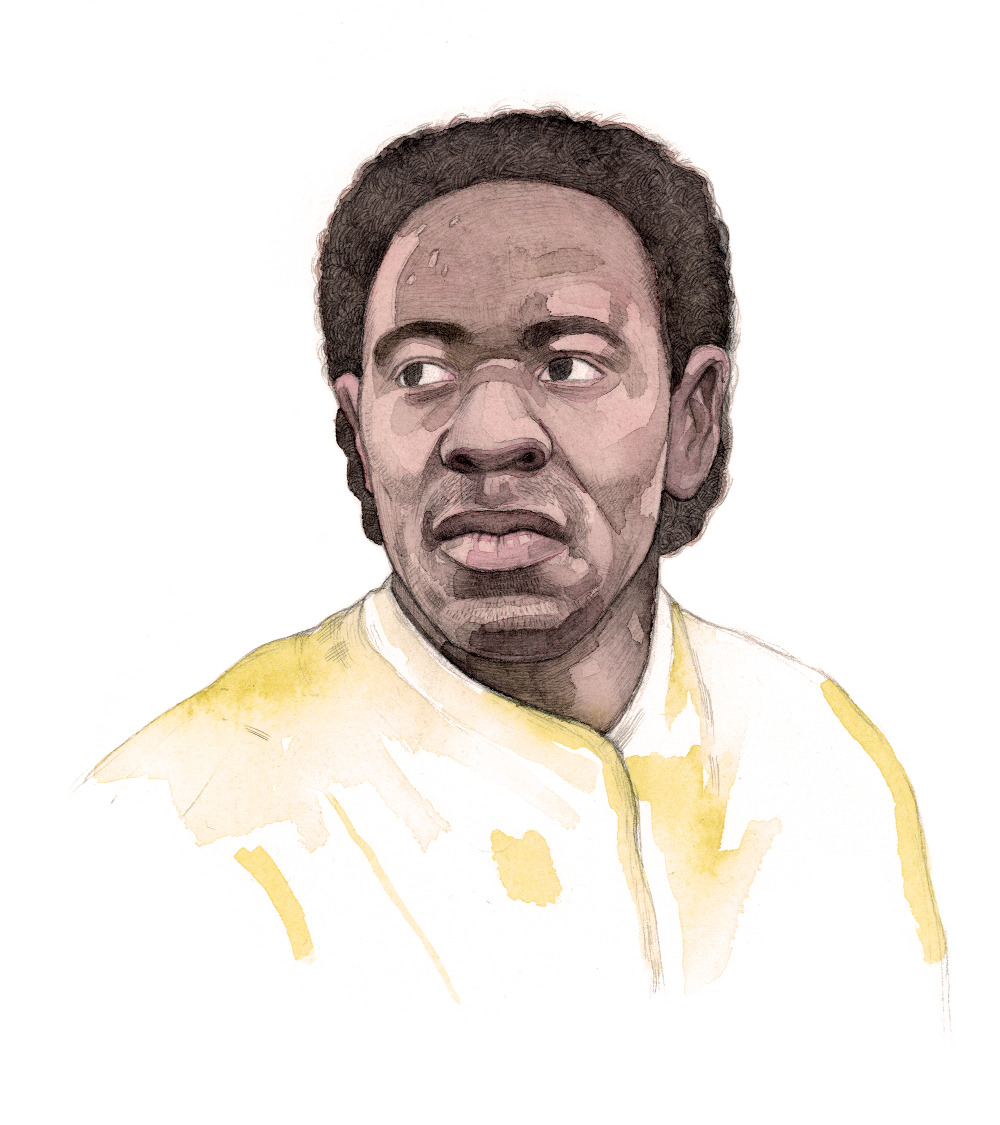 George Dyer was an African American sailor from North America who came to Port Adelaide in South Australia in the 1840s. In April 1842, it was alleged that he broke into several houses, including the house of Thomas Whistler in Unley Adelaide, and stole £3 of possessions, including a watch. On 12 December 1842, he was convicted of burglary and sentenced to prison in Adelaide Gaol.

On 28 December 1842, Dyer was in the central prison yard of the gaol. Through a lock gate, he asked the prison warden to let him into the outer yard of the gaol to get a bucket of water. As the prison warden opened the gate to let Dyer into the yard, the gate leading out of the gaol was also opened to allow a cart of firewood in. Dyer seized the opportunity and ran out of the prison. Two armed guards stationed on the sentinels opened fire with musket rifles, but the shots missed Dyer and he escaped through the west Adelaide Parklands.

Dyer and his wife Maria hid out in a large cave in the valley at Brown Hill Creek. They stole cattle and sold them, which alerted the police to their whereabouts. One night, inspector Alexander Tolmer and his officers went to Brown Hill Creek to find the fugitives. The officers found the cave, but as the entrance was too narrow to inspect it safely, the officers lit a fire at the entrance of the cave in an attempt to smoke Dyer and his partner out. After smoking the cave, Tolmer crawled inside with his sword drawn. Tolmer only discovered Dyer’s blankets and some of his possessions. Aware that the police were searching for him, Dwyer had fled north into the Mount Lofty Ranges before they arrived.

A few months later, Tolmer was informed that a ‘black man’ was working on a dairy station owned by a Mr Gold on the Upper Para river. At daybreak, Tolmer and three officers arrived at Mr Gold’s farm and began searching the property. One of the officers noticed Dyer running out of the dairy building towards the river and into a waterhole. The officer chased Dyer into the water, and the two men fought. Dyer got the upper hand and started to drown the officer. The officer stabbed Dyer with his sword and then dragged him out of the waterhole and arrested him. Dyer was taken to a doctor to treat the sword cut on his buttock.

Dyer was returned to Adelaide Gaol on 12 September 1843. On 9 November he was sentenced for 7 years and was transported as a convict to Van Diemen’s Land (Tasmania). Between 1837 and 1848, the South Australian colonial government had a policy that prisoners who escaped from gaol be transported to another British colony.

Dyer was transported on the ship Joseph Albino on 1 April 1844. 12 days later, Dyer arrived at Wedge Bay convict farm, an out-station of Port Arthur Penal Colony. He was imprisoned at Wedge Bay for 12 months.