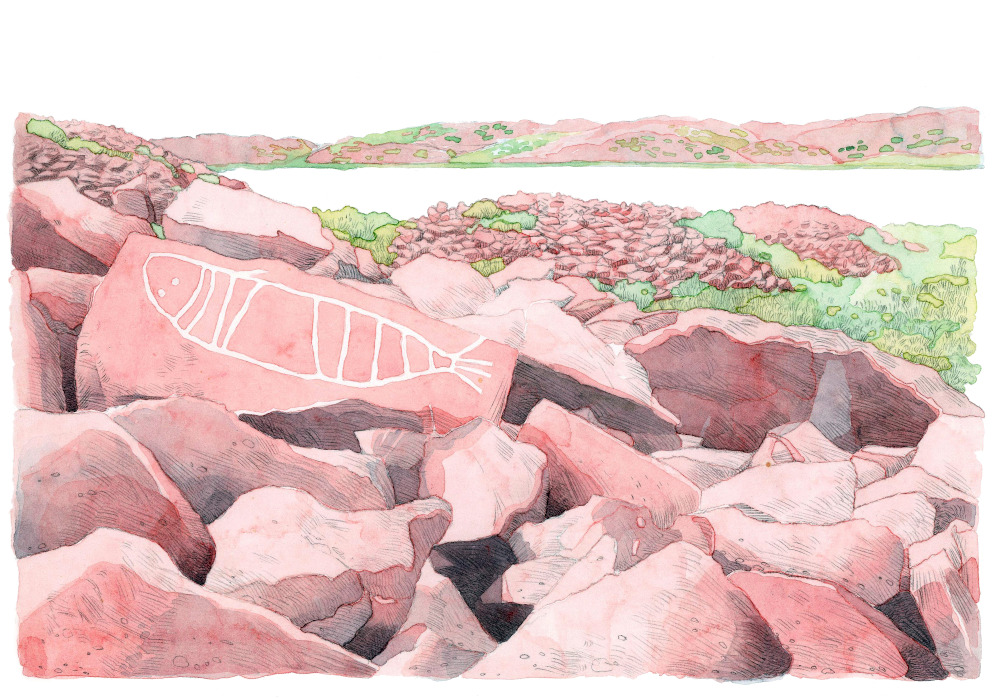 Murujuga National Park on the Burrup Peninsula and Dampier Archipelago in the Pilbara region of Western Australia is the site of the world’s largest collection of petroglyphs rock engraving with an estimated 1 million rock etchings. The art rock gallery belongs to the traditional owners Yaburara, Ngarluma, Yindjibarndi, Mardudhunera and Woon-goo-tt-oo peoples.

The oldest rock art at Murujuga dates back approximately 40,000-50,000 years, making it older than the Grotte Chavet-Pont d’Arc in France (currently listed as the oldest rock art in the world). Some of the unique petroglyphs at Murujuga feature spotted giant flat-tailed kangaroo (Procoptodon sp) a species of megafauna that became extinct 30,000 years ago. Also, there are etches of the Tasmanian devil (Sarcophilus harrisii) and tiger (Thylacinus cynocephalus) which have been extinct for 2,000 years on the mainland. Perhaps the most important human cultural artwork is the world’s oldest known depiction of a human face.

There are 2,500 registered Aboriginal heritage sites on the Burrup Peninsula and Dampier Archipelago including evidence of circular stone houses on Rosemary Island dating back 9,000 years. Although, the Murujuga National Park has the oldest and most extensive rock art in the world it does not yet have UNESCO world heritage listing.

The rock art site is under threat from erosion by emissions from surrounding industrial development. Yara Pilbara Fertilisers plant is one of the largest ammonia production sites in the world and the Woodside Karratha Gas Plant are situated within the rock art site. The Western Australian government is pursuing further industrial development on the Burrup Peninsula and are proposing a new technical ammonium nitrate plant owned by Orica.

Burrup Peninsula is also the site of the Flying Foam Massacre where 60-100 Yaburara men, women and children were killed at the hands of the Western Australian Police and a militia of European colonists in 1868. The site of the massacre is marked by a hill of standing stones as a tribute.