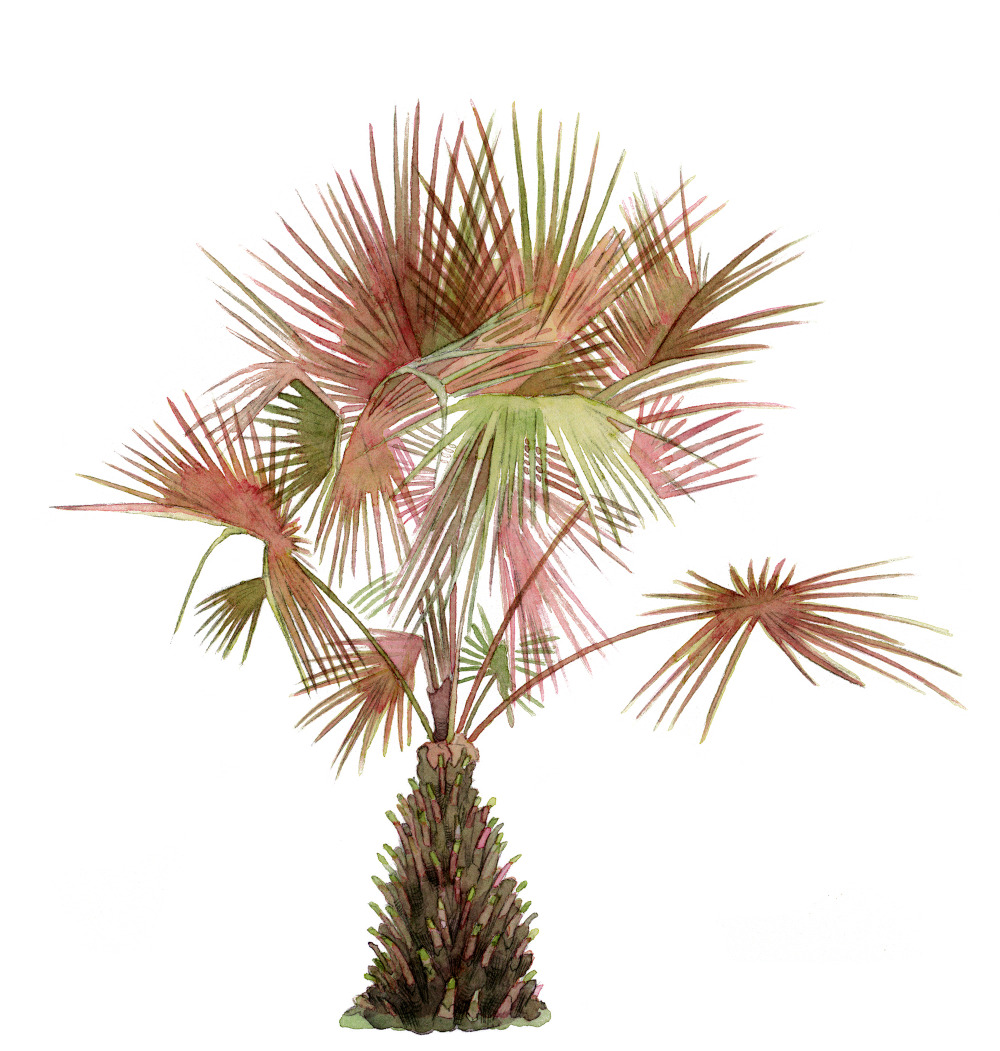 The red cabbage palm (Livistona mariae, subsp. mariae) is a threatened species of palm tree from northern Australia. It was introduced 15,000 years ago to Mpurlangkinya (Palm Valley) in the Finke Gorge National Park on Western Arrernte land in Central Australia. It is estimated that there are only 3,000 plants of this subspecies in the wild.

Western scientists originally believed that the Red Cabbage Palm was widespread across tropical northern Australia during the Gondwanan times, dying out in central Australia when it became an arid desert and only surviving in Mpurlangkinya.

However, in 2012, a Western scientific analysis of the DNA of seeds of the red cabbage palm and the Mataranka fan palm found that the plants were of the same species, and had split into different subspecies about 15,000 years ago. During that time, the study found, the seeds of the Mataranka fan palm were carried over 1000 kilometres from Mataranka and planted in Mpurlangkinya by Aboriginal people, who use the palm for both food and weaving.

It is probable that the plant originated from Boodjamulla and began its journey to Mpurlangkinya via Mataranka 30,000 years ago.

This research supports Western Arrernte people’s oral histories about the origin of the palm in the valley, describing gods from the north bringing the seeds to Mpurlangkinya.