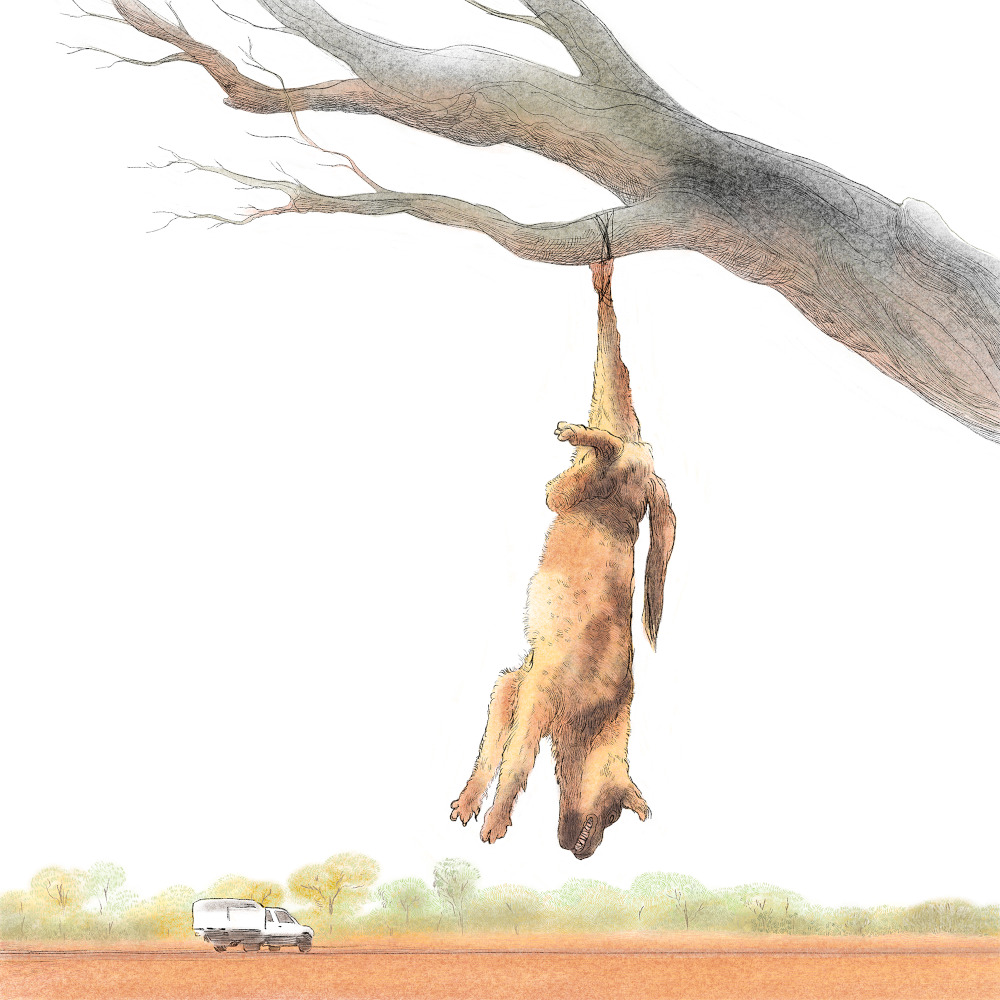 The dingo (Canis lupus dingo) is an Indigenous wild dog on mainland Australia, arriving approximately 4,000 years ago. DNA testing shows that the dingo is a subspecies of South Asian grey wolf (Canis lupus lupus), originally from Sulawesi and coming to Australia with Asian seafarers, possibly Makassans.

The introduction of the dingo led to the extinction of the Tasmanian tiger and devil on the mainland.

The dingo has since naturalised and become Australia’s Indigenous apex predator, important in the balance of eco-systems.
Dingoes typically pursue small marsupials, birds, and lizards but can hunt larger animals like kangaroos, wombats and emus. They control invasive species such as feral cats, foxes, rabbits and goats relieving pressure on endangered Indigenous species.

The dingo is very territorial. DNA testing has shown that they vary genetically depending upon the geographical region that they inhabit.

With the expansion of Western agriculture and the decline in native species following colonisation, there was a concerted effort to remove dingoes from farming areas in southeastern Australia as they began to hunt farm livestock.

The Dingo Fence stretches 5,614 km from southeast Queensland through to southwest South Australia.

Originally constructed in 1886 as a rabbit proof fence, it was adapted as a dingo barrier in 1948 to protect sheep on the southern side of the fence from wild dogs, which includes dingoes, feral domestic dogs (Canis lupus familiaris), and hybrid dogs.

Sheep farmers cull wild dogs by shooting and baiting them with 1080 poison. Wild dogs killed over 19,000 sheep in 2018 and likely more in recent years due to drought.

The South Australia Government has spent $25 million on control measures and will bring in mandatory baiting on the southern side of the fence.

However, the dingo is a vulnerable species performing an essential ecological role.

Globally, Australia has the highest extinction rate for mammals within the last 200 years, with the loss of 29 endemic species.

SouthAustralia has the country’s highest rate due to its land management.