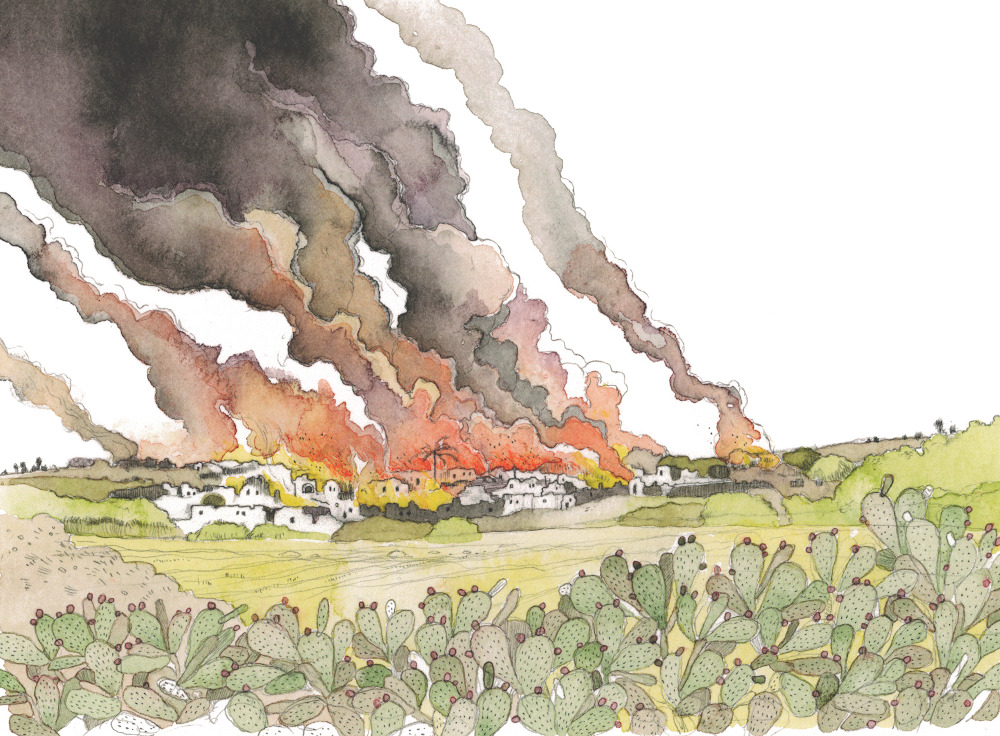 On 10 December 1918, after the armistice of World War I, Australian, New Zealand and British soldiers invaded the Palestinian village of Sarafand al-Amar and massacred Palestinian civilians.

During World War I, The Australian and New Zealand Army Corp (ANZAC) – under command of the British Empire – invaded the Turkish Ottoman Empire in present day Turkey, Syria, Lebanon, Jordan and Palestine.

In early December 1918, the Australian and New Zealand Mounted Division, which consisted of Australian light horse, New Zealand mounted rifle and British horse artillery regiments were encamped near Sarafand al-Amar near Yaffa in Palestine.
On the night of 9 December 1918, Leslie Lowry, a New Zealand soldier who was asleep in his tent in the military camp, had his kitbag stolen.

Lowry pursued the intruder and a struggle ensued, Lowry was shot in the chest and died.

The murderer was never identified and there were only three pieces of evidence: foot prints in the sand, a hat, and the bullet – identified as shot from an Ottoman colt pistol.

They then attacked a nearby Palestinian Bedouin camp, killing a number of people and setting fire to their homes.
It is estimated that between 40-100 Palestinians were murdered.

In the aftermath of the Surafend Massacre, the British General Edmund Allenby was disgusted by the Australian and New Zealand soldiers, condemning them as ‘a lot of cowards and murderers’.

However, no soldiers were charged for the massacre.

In 1921, the British Government rebuilt the village with funding from Australia and New Zealand Governments.

The Surafend Massacre is generally downplayed by Australian, New Zealand and British sources. It is referred to as the Surafend ‘incident’ or the Surafend ‘affair’.

Today, the Australian Government celebrates the Australian light horsemen as brave and heroic, without acknowledging their participation in war crimes.

These war crimes include Australia’s involvement in the Surafend Massacre and its participation in the dispossession of Palestinian land.