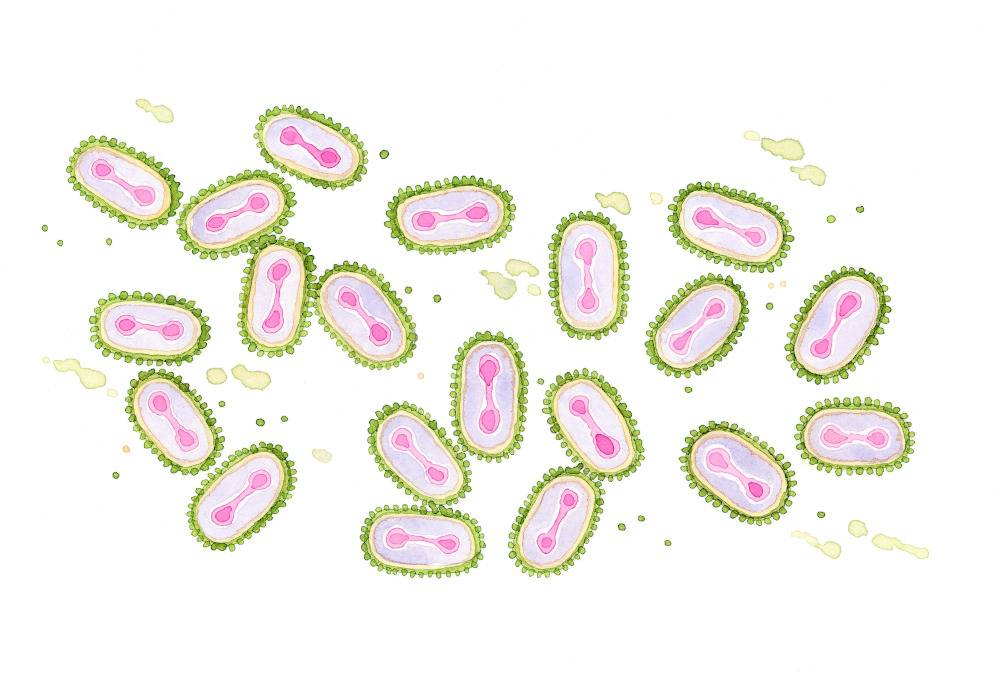 The first smallpox outbreak in Australia began in the British colonial town of Sydney in 1789, called Galgalla by the Dharug Eora people, and spread westward along Indigenous trade routes across the continent of Australia. It is estimated that between 50-70% of the Indigenous Australian population died during the two smallpox pandemics in 1789 and 1829-1831.

Smallpox was introduced by Europeans in Warrang (Sydney), but how the disease was transmitted to Aboriginal people has been debated. The most likely source of the first outbreak was the First Fleet’s surgeon John White, who brought smallpox pus sealed in a glass bottle. White intended to use it to inoculate any children that were born in the settlement. This was the best form of vaccination against smallpox at the time, but some patients could become contagious from the treatment and spread the virus to others. However, Aboriginal oral history from New South Wales states that the British gave blankets infected with smallpox to Aboriginal people.

In 1840 the virus was documented in the Kaurna dictionary by German missionaries at Pirtlawardli, the Aboriginal Mission in Tarntanya (Adelaide).

Nguya, pustule; the disease of smallpox, from which the aborigines suffered before the colony was founded. They universally assert that it came from the east, or the Murray tribes, so that it is not at all improbable that the disease was first brought among the natives by the European settlers of the east coast. They have not suffered from it for some years but brought by a decennium ago it was, according to their statement universal; when it diminished their numbers considerably, and on many left the marks of its ravages, to be seen at this day they had no remedy against it except the Nguyapalti, small pox song, which they learnt from the eastern tribes by the singing of which the disease is believed to be prevented or stopped in its progress.

The Nguyapalti small pox song was not recorded in Kaurna, but was in Djab Wurrung language from Western Victoria, east of the Kaurna nation. The Djab Wurrung song was translated into English and gives an insight into the physical sensations of the disease, ‘Red hot echidna spikes burning me, piercing me until pain overwhelms me.’ There is no doubt the Djab Wurrung song would have translated similarly into Kaurna language.