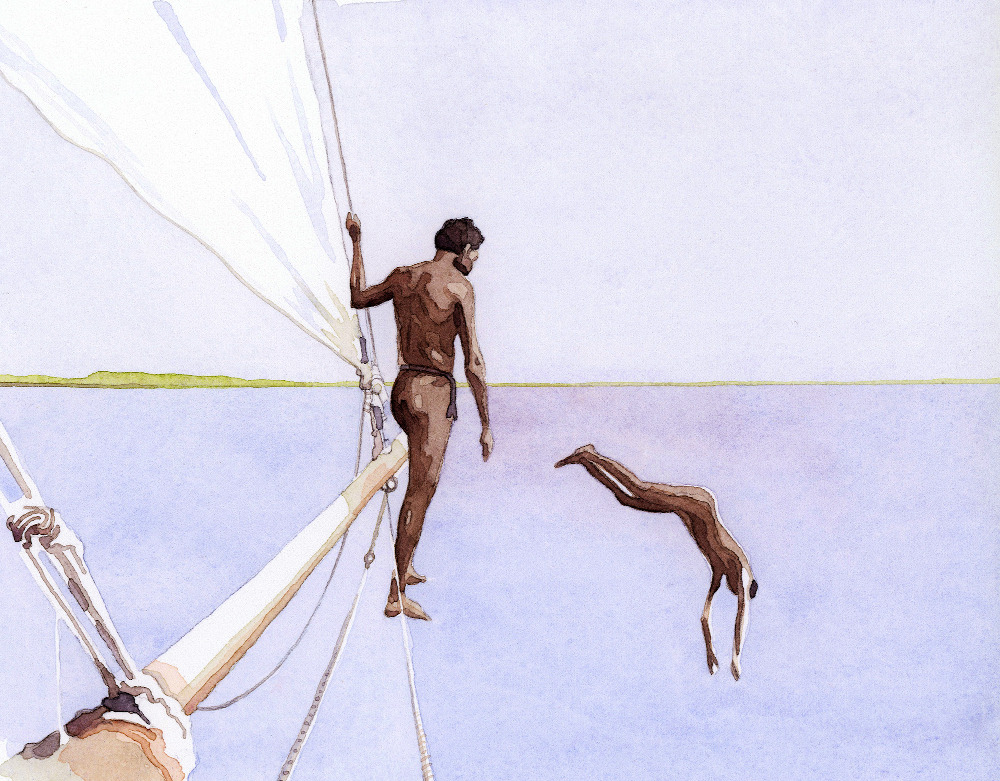 The European Australian Pearling industry began in the 1850s, stretching from Gutharraguda (Shark Bay) to the Northern Territory border, and still operates today.

Aboriginal people were kidnapped from pastoral stations and sold to European pearlers for around 5 pounds each to be used as pearl divers. An estimated 1,000 people from Malaysia, Philippines, Indonesia and Timor were captured and enslaved. Additionally, underpaid labour was used from China and Japan.

Enslaved pearl divers faced the risk of pneumonia, decompression sickness, malnutrition, crocodile and shark attack. By some estimates, the fatality rate was 50%.