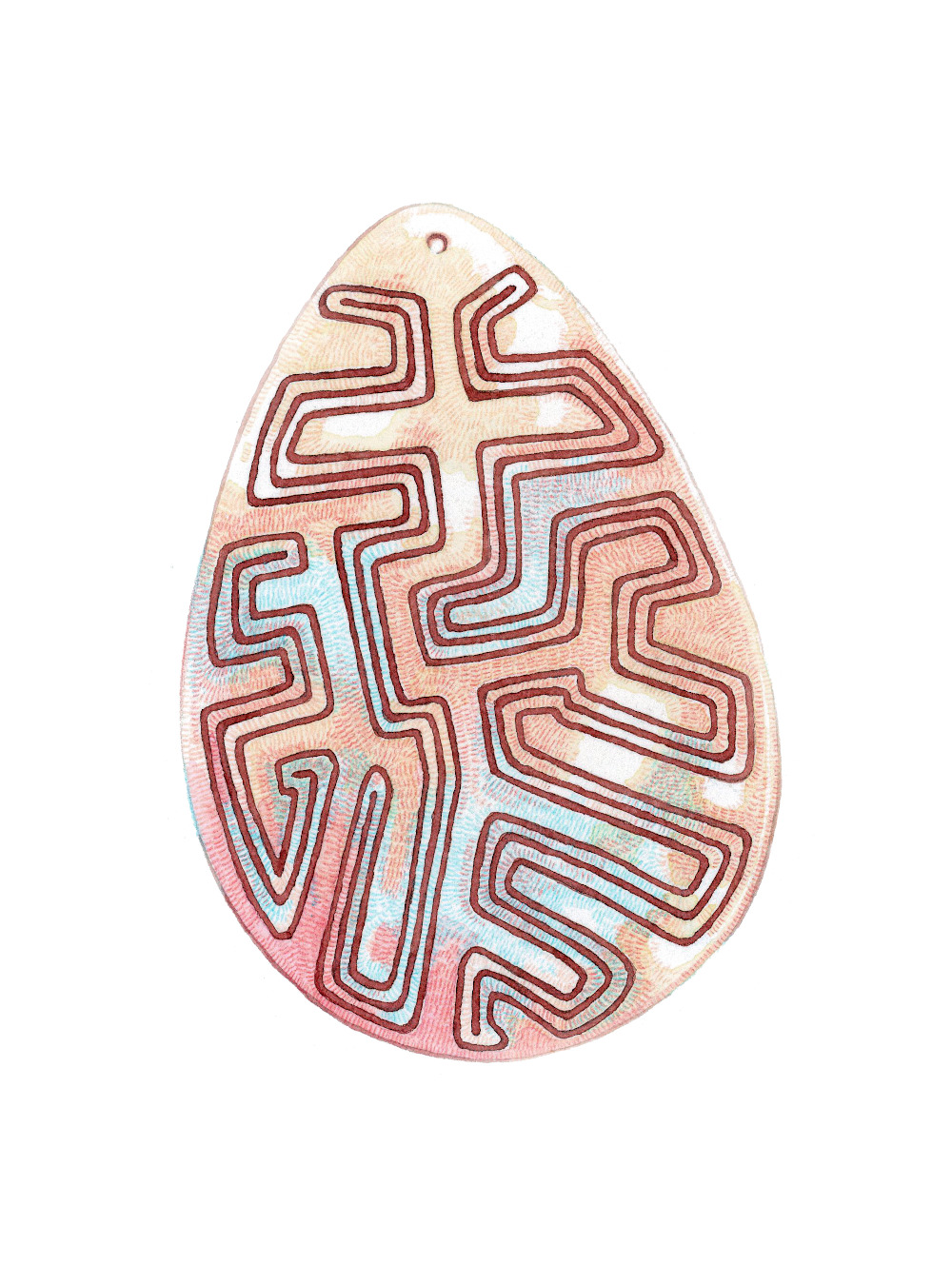 Pearling has been an Aboriginal practice for thousands of years in North West Australia. The shells are commonly called Riji, a word that originates from the Bardi and Yawuru language from Rubibi (Broome) in Western Australia.

Riji are pearl shells carved with cultural designs and decorated with ochre and are worn as cultural objects. They traded along songlines across the continent as far south as the Ikara (Flinders Ranges) in South Australia which is 2,500km away from the North Coast of Western Australia.

Riji shells were also traded with Makassan fishermen from Sulawesi in Indonesia for hundreds of years until the introduction of the White Australia Policy in the 1900s.

This drawing references the work of Sebastian Arrow.