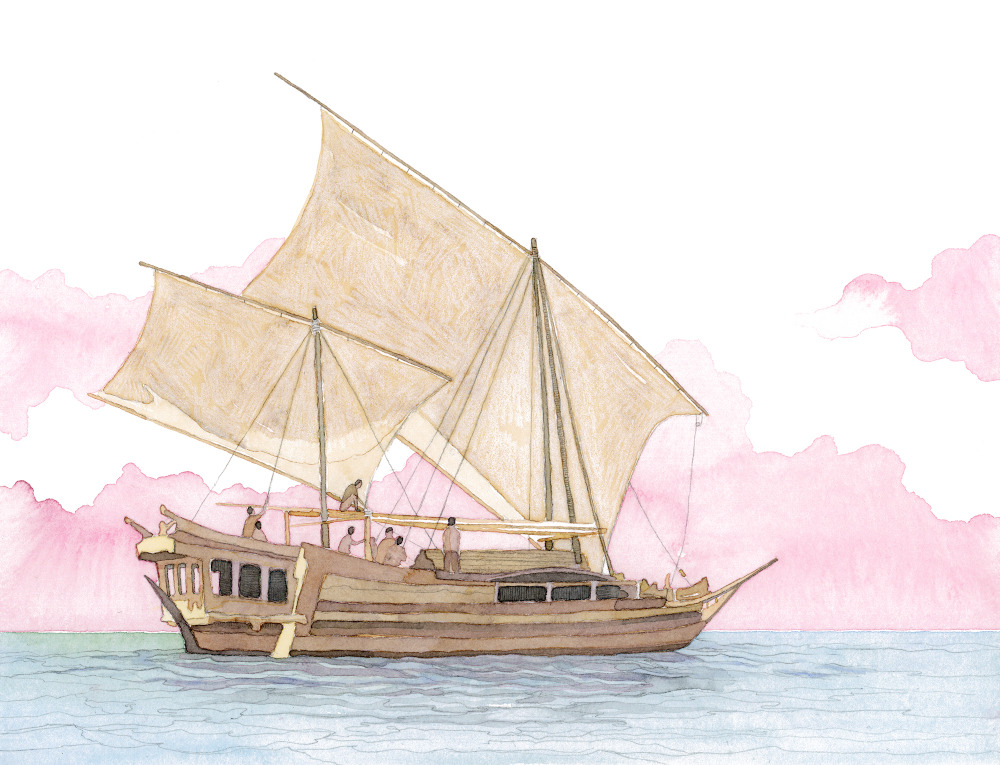 The Makassan Seafarers from the town of Makassar in South Sulawesi (present day Indonesia) would travel during the monsoon season to the northern coast of Australia to collect trepang sea cucumber and pearls. The Makassan trade network stretched from China, through Makassar (Sulawesi) and Pante Makassar (Timor) to the Kimberley and Arnhem land coast in Australia.

The oldest dated Aboriginal rock art painting of a Makassan prau boat is dated to 1664.

The Makassan trepang industry ended in 1907 under White Australia Policy. However, Indonesians continued to fish in Australian waters until the John Howard government clamped down on illegal fishing by the Border Protection Bill 2001.

The Makassan seafarers employed Aboriginal labour to dive for trepang and pearls. They traded resources such as pottery, axes, cloth, tobacco, alcohol, rice and knives. The stories of the interactions between Aboriginal and Makassan people have been handed down multiple generations to the present day. Some Aboriginal families established positive relationships with Makassan’s, so much so that Aboriginal people sometimes traveled back with Makassan people to Makassar in Sulawesi. However, Some Makassan exchanges with Aboriginal communities could be violent and exploitive, including kidnapping and slavery.