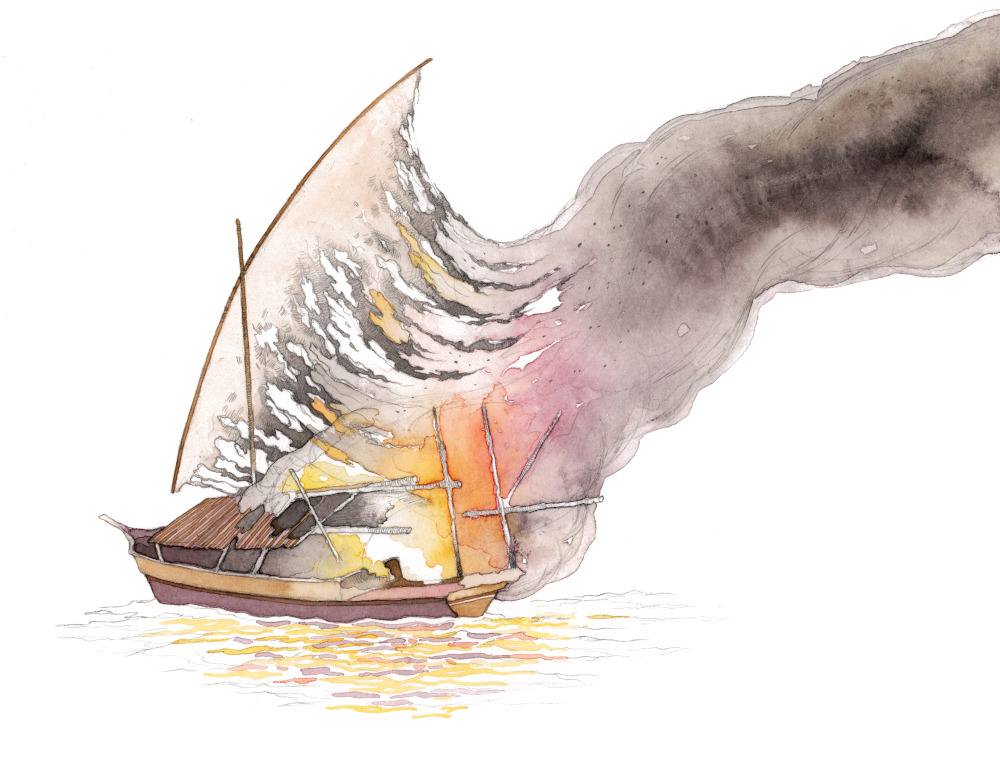 Sama-Bajau seafarers have been seasonally fishing in the northern Australian waters for over 900 years.

Sama-Bajau people originate from the coastal waters of the archipelago of Borneo, Indonesia, Malaysia and the Philippines. Their traditional fishing waters and trading network extended to Australia, Timor, West Papua and Singapore.

Migrating to northern Australia during the northwest monsoon in December, the Sama-Bajau return on the southeast trade winds in April each year. In Australian waters, they fish in Ashmore Reef, Arafura Sea and Timor Sea. Traditionally, they harvest trepang, fish, shark, trochus, pearl and turtle shell for commercial trade in South East Asia.

Sama-Bajau seafarers established trade relationships with Aboriginal people in the Northern Territory and Western Australia. They would employ Aboriginal divers to harvest trepang, pearl, trochus, and turtle shell. Sama-Bajau words have been adopted into Burarra and Iwaidja languages in Arnhem Land.

The earliest archaeological evidence of trade between Sama-Bajau and Aboriginal people are pottery fragments found at Dadirringka rock shelter on Groote Eylandt that radiocarbon date to 976 and 803 years ago. The carbon dating of pottery to 904 BP and 731 BP are converted from before present 1950 (BP) to years ago 2022 (Ya) by adding 72 years to the BP date’s ease of reading.

The migration of Sama-Bajau to Australia pre-dates Makassan seafarers and it is believed that Sama-Bajau seafarers introduced Makassans to Australia. When fishing off the Australian coast, the Sama-Bajau partnered with other seafaring communities: Makassan, Bugis, Papuan and Timorese. European records from the 19th and 20th century generally homogenise all Southeast Asian seafarers under the name Makassans.

If Sama-Bajau seafarers are caught commercially fishing in Australian waters more than once, they are arrested, imprisoned, deported and their boats are burnt by Australian Border Force. Imprisonment and destruction of vessels are a breach of Article 73 of the United Nations Convention on the Law of the Sea.