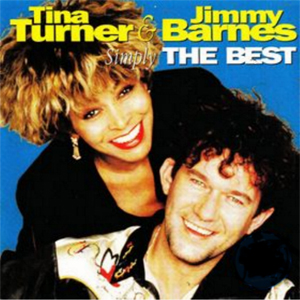 Well, this is starting to look like a tradition. We’re proud to present the fourth installment of the Cordite Top Thirty, following humbly in the footsteps of 2008, 2009 and 2010, this time with added bonus commentary.

2.
Recuperating Malley (Dennis Garvey): Uncouth days will never abolish gravity
The poems published in Cordite 34: Children of Malley II had something of an advantage this year, given that they were all published in December 2010, and have therefore had thirteen months to quietly accrue hits. This poem, by Dennis Garvey masquerading as Recuperating Malley, managed to out-score all other poems in the issue, and represents a masterclass in the MS Word tab function.

3.
Corey Wakeling reviews John Tranter
It’s nice to see a book review attain such a lofty position this year, if only for the fact that thanks to the hard work of our reviews editor Ali Alizadeh, we’ve been publishing one book review each fortnight for years now.

4.
Lucina Kathmann: Destination Kurdistan
A perennial favourite, Lucina Kathmann’s Kurdistan travelogue has been one of our most popular posts of all time, and in fact made it into two of the past three Top Thirties as well, even though it was published way back in 2005. That’s Cordite for you: depth.

5.
Shane McCauley: Impressions of Modern Korean Poetry in Translation
It’s great to see one of the feature articles from Cordite 35: Oz-Ko placed so highly on this year’s list, especially as McCauley’s piece is a great introduction to Korean poetry. I strongly recommend that you check out some of the contemporary Korean poetry in the issue as well!

6.
Gema de Malley (Cameron Griffiths): The sea alone is so irreverent
Another Children of Malley II poem that appears to have completely bamboozled all of the commenters attempting to guess the identity of its author. Bravo, Cameron.

7.
John Malley (Corey Wakeling): Soil of Brie
Corey Wakeling is probably feeling pretty pleased with himself at the moment: two posts in the Top Ten!

8.
김소연 (KIM So Youn): 고독에 대한 해석 (Interpretation of Solitude)
Quite apart from the fact that the poetry selected by Eun-gwi Chung for Cordite 35.2: Oz-Ko (Hanguk-Hoju) was uniformly sensational, we’re particularly proud of our success in formatting the poems in the issue to allow side-by-side Hangul and English versions. KIm So Youn’s poem is no exception.

11.
A.D. Malley (Michael Sharkey): A New Ballade of the Words of Yesteryear
Continuing Ern Malley’s dominance of this year’s Top Thirty, this poem had commenters coming out of the woodwork, with absolutely no success in guessing A.D. Malley’s identity. Again.

13.
Gi Hyeongdo: 오래된 書籍 (Old Book)
We were very honoured and excited to be able to include four poems by Korean poet Gi Hyeongdo in our OzKo issue, thanks to a serendipitous meeting between Terry Jaensch and Gi’s translator, Gabriel Sylvian, in Seoul in May 2011.

14.
Cameron Lowe: Text and Paratext: Ern Malley and the Function of the ‘Author’
Heavy stuff from Cameron Lowe, proudly putting the ‘p’ back in ‘poetics’. As if it ever really left.

15.
Terry Jaensch: Gay/Poet/Korea: An interview with Gabriel Sylvian on the poetry of Gi Hyeong-do
As mentioned above, Terry Jaensch met Gi Hyeongdo’s translator Gabriel Sylvian in Seoul in May 2011 as part of the Cordite OzKo tour of Korea. This is a great interview, and I’m very happy it made the list.

16.
Aurelia Schober Malley (Stuart Barnes): So I Was
Another bizarre CoM II poem that had some of our commenters in a dither.

18.
derek motion: Michael Dransfield’s Innocent Eyes
This one surprised us a bit, given that it first appeared on the Cordite site in 2007 but who are we to argue with the stats.

19.
Jal Nicholl reviews Best Australian Poems 2010
This one was also surprising, in that it scored so low – usually when we post reviews of “Best of’ anthologies they attract hits the way road kill attracts flies. But #19 is still a very respectable position for any post.

22.
Zenobia Frost: Warning
The opening salvo from the multi-headed hydra that was to become Cordite 35: Oz-Ko.

24.
‘King’ James Malley (Stuart Barnes): Genesis
Stuart Barnes gets amongst the runs again, with his second poem from CoM II to make the grade. Props once more.

28.
Sally Malley (Matt Hetherington): Trunk
The ninth and final poem from Children of Malley to grace this year’s list. Will we ever see such a clean sweep again?

29.
Gi Hyeongdo: Four poems translated by Gabriel Sylvian
Gi Hyeongdo sneaks in again for his third honourable mention, and why not?

30.
Cordite seeks a new Managing Editor
And so it ends, just as it began. We were really chuffed that our advertisement for a new managing editor gained some interest, and we’ll be making an announcement about the results of the process early in the new year.

Thanks to all of our editors, contributors and readers. Each of you has made 2011 another sterling year for Cordite. To put it bluntly:

This entry was posted in BLOG ARCHIVES, GUNCOTTON and tagged lists, site news, Tina Turner. Bookmark the permalink.
David Prater was Cordite's Managing Editor from 2001 to 2012. His first poetry collection, We Will Disappear, was published by papertiger media in 2007, and Vagabond Press published his chapbook Morgenland in the same year. His poetry has appeared in a wide range of Australian and international journals, and he has performed his work at festivals in Australia, Japan, Bulgaria, Canada, the United States, the Netherlands and Macedonia. He has also undertaken two writers’ residencies in Seoul, Republic of Korea, and has worked extensively as a teacher, editor and researcher. He currently lives in Stockholm, Sweden.