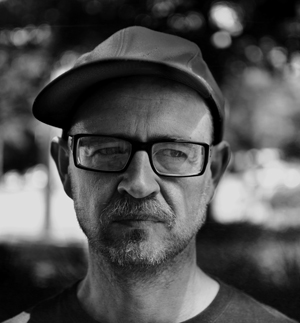 Poetry for Cordite 46.1: MELBOURNE is guest-edited by Michael Farrell.

This will be Cordite Poetry Review‘s first special issue that includes a number of poems selected from open submissions. It is supported by the City of Melbourne through its Arts Grants Program.

I will be looking for poems that write of Melbourne’s plurality: recollected in a mixture of moods – poems that bring the world of poetry into the city, resulting in poems of the city. Poems that are microcosms – viewing Melbourne as a dot on a map – or elemental in a collection are what I seek, not poems that attempt to sum up the city.

Unpredictable or conceptual inner suburban poems. Visual poems. Concrete poems. Multilingual poems. Poems that intersect with aspects of other Melbourne arts. Poems that reflect the diversity of Melbourne habitats and lives (including non-human beings). Poems of study, work and recreation … of Melbourne dreams.

The city’s not just cafes and laneways, but if you can refresh these #ed-to-death themes, then do it. Think meta-tourist rather than tourist. Meta-critic rather than critic. Mixed forms rather than established. Fake histories, fictional anecdotes.

Please submit only once, with a maximum of two (2) poems in one document (1) … but first, please read the submission guidelines. You do NOT need to be a resident of Melbourne, of Victoria or even of Australia to submit. Submissions are open to all, but your poems must address one of the angles from above. This issue will be the rebuttal to Cordite 38.0: SYDNEY with poetry guest-edited by Astrid Lorange.

This entry was posted in GUNCOTTON and tagged Astrid Lorange, City of Melbourne, Kent MacCarter, michael farrell. Bookmark the permalink.
Michael Farrell's I Love Poetry and A Lyrebird: Selected Poems are both out this year (2017): from Giramondo and Blazevox, respectively. His scholarly book, Writing Australian Unsettlement: Modes of Poetic Invention 1796-1945, was published by Palgrave Macmillan.