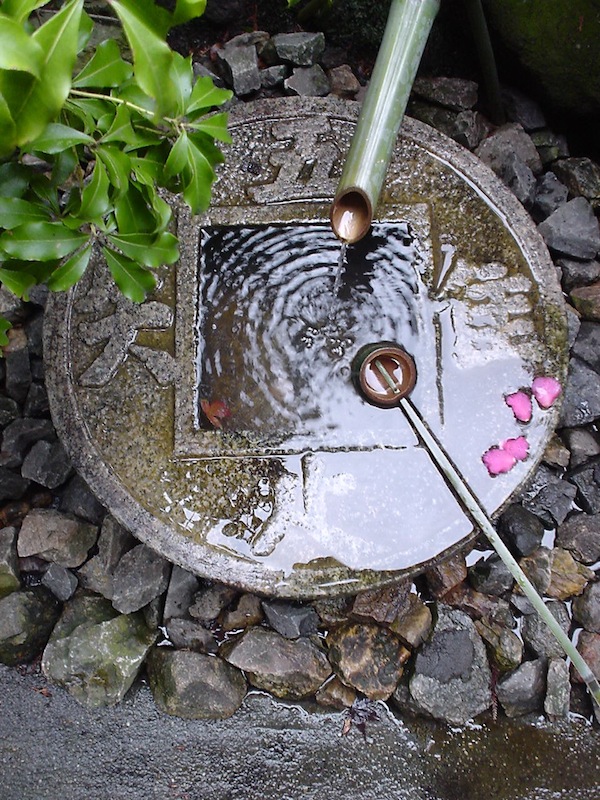 Renga is a collaborative form of poetry from Japan. In Japan it is now called “renku,” but the term “renga” has been internationally used for quite a long time, so let's go with “renga” here. Renga was born from the tradition of waka, the traditional/prestigious poetic form with 5-7-5-7-7 morae (sound units), in the 12th century. In the beginning it rigidly followed the high aesthetic of old waka in the Royal Court. However, later it began to incorporate secular elements and gave birth to a genre called haikai-no-renga (roughly meaning “mock-renga”) or haikai. Since the end of the 19th century it has been commonly called “renku.” Well, it has quite a tradition …

In a renga, participants write a haiku-like ku (5-7-5) and a shorter ku (7-7) alternatively. [“Ku” means a phrase, a poem in 5-7-5 or 7-7 in this case.] It has been appropriated into English, as a form in which participants write a three-liner and a two-liner alternatively. (There can be and are many variations, but here let's go with the three-liner/two-liner form.)

Flowers bloom
on broad bean stalks
by the wheat field

It has rained so little
my jacket is not soaked

I take a peek then
he is drinking

Nobody sleeps
in the sleeping room –
evening moon

Traditional renga (haikai-no-ranga / renku) has so many rules, but let's forget them except for one which is most crucial in “rolling” a renga. Two consecutive ku must have close relations, but a ku must have a different context/theme/scene etc. from the ku two-ku before. I mean: the 1st ku and the 2nd ku have close connections, but between the 1st and the 3rd ku there is quite a leap. Similarly, the 2nd and the 3rd ku have close connections, but again between the 2nd and the 4th ku there is quite a leap.

In the example above, the 1st ku takes up a scene in nature, without a person in it. The 2nd ku adds an active detail (a running hen) to the scene. The 3rd ku, however, takes up a person, from a subjective point of view. It is a big leap from an completely objective description in the 1st ku. The 2nd and the 3rd ku both have wet animals, so they are related closely. The 4th introduces more human elements. It is completely apart from the nature scene in the first two ku. Combining the 3rd and the 4th you can have a clear-cut scene of human interaction, in which someone visits another and begins talking about how he has been caught in rain along the way, over drink.

The point is: this way a renga creates a panoramic view of nature and human sceneries. Links & leaps. That's the key.

Now, are you ready for Interactive Haikunaut Renga?

This entry was posted in ESSAYS and tagged basho, haiku, haikunauts, japan, renga. Bookmark the permalink.
Keiji Minato was born in Osaka in 1973. He has published a book of poetry, 硝子 の眼／布の皮膚 (Glass Eye / Cloth Skin) (草原詩社, 2003), and as a scholar of literatures in English has written essays, mainly about Australian literature, for national Japanese magazines like すばる (Subaru) and 英 語青 年 (Eigo Seinen). He is one of the three members of the Kyoto-based experimental poetry group, the Experimental Language Factory.