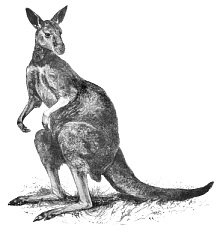 I was flattered to receive an invitation last month to MC a reading put on by the Overload Poetry Festival with the mischievous title of “Roo-ku” – as in Australian haiku, or some variant of it. With fifteen readers scheduled to perform over a two hour period, I understood instantly that “directing traffic” at such an event would amount to some serious speed-MCing.

We were even out the door ten minutes in advance of our scheduled ending. We were running on haiku time, after all. Thus we managed to bump-out before the next event in the Festival – being held at Collected Works just down the hall from the Victorian Writers Centre in the wonderful Nicholas Building on Swanston St.

While poets hoofed cigarettes at the entrance to the spectacular lower-level arcade downstairs, upstairs about forty people waited in the bright and warm VWC front room. We were only fifteen minutes late starting. By then I was experiencing what some might call mild panic – now we had only 1hr 45min to get through fifteen readers. I decided to cut short my intro, shelved some good gags and my idea of a speed haiku round until a more appropriate occasion and we got down to it.

Over the next hour and a half, we as the audience were treated to something like two hundred poems in total. That's not an exaggeration. One line poems (Ian McBryde). Haiku (Myron Lysenko). Roo-ku (Ken Smeaton). Gags (just about everyone but particularly Grant Caldwell and Eric Beach). Found poems (Kerry Scuffins). Sequences of stunning haiku set to music (Carla Sari and Matt Hetherington).

A sense of intensity was established by the rapid fire nature of the poems. Some poets read only half a dozen pieces, others (using the one line form) managed to squeeze in twenty or thirty. The impact was the same, regardless of style but MF Calder in particular used silence well. Lauren Williams' “sex haiku” also received a warm response.

In fact the clapping throughout was impressive, from what seemed like only thirty or fourty people at the time, and despite my own attempts to encourage silence whenever possible in my (as-mentioned) abridged intro.

It was I think the free-wheeling nature of the subject matter in the end that held the audience's attention. I left them with the following haiku of my own:

This entry was posted in FEATURES and tagged David Prater, haiku, haikunauts, renga. Bookmark the permalink.