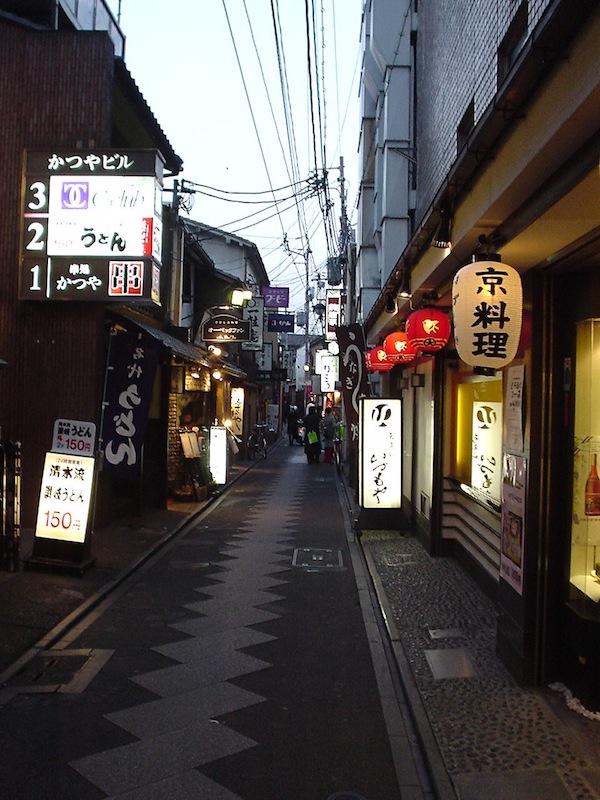 The history of Japanese modern haiku was definitely male-centered until quite recently. There have been many superb female haijin; most of them remained in the “kessha (結社)” system (a “kessha” is a group or sect that is led by a master and usually has a hierarchical structure – followers adhere to basic rules their masters set up). The system and rules served positively for some, whose talents were rather nurtured than hindered by the fixed criteria. Others achieved their own voices outside the system, and their haiku reflect various interests outside or sometimes against male sensibilities.

One of the most notable is MITSUHASHI Takajo (三橋鷹女; 1899-1972). She belonged to a kessha only for a short time and developed her unique voice apart from any sect. Only later she joined in an avant-garde group led by Tomizawa Kakio. Her haiku voice female discontent towards almost everything. Her personal visions often seem Gothic-like, more grotesquely strange than Tomizawa’s works:

Mitsuhashi was never afraid of her egoistic nature but kept cultivating it in her haiku writing. That is competely opposite from the dominant ideology (both then and today) that haiku should be centered on observations of the objective world and is not fit to overtly express subjective feelings or visions. Her visions are also irreducible to just surrealistic imagery, deeply rooted in femininity.

HASHIMOTO Takako (橋本多佳子; 1899-1963), a disciple of a disciple of TAKAHAMA Kyoshi (1874-1959), the founder of the biggest kessha Hototogisu (ホトトギス), joined in the group of Shinkô Haiku writers including Saitô Sanki. In a freer atmosphere, she boldly tackled female sexuality in her haiku:

Facing a stag
I too take
wild breaths

Baby buggy
with its side toward
big summer waves

Her strong but controlled narcissism allows Hashimoto to envision a personal and decisively female point of view without too much sensationalism. In the last example she even challenges the public image of a woman as mother.

HOSHINO Tatsuko (星野立子; 1903-1984) is positioned on the other side of the spectrum from the two above. She is a daughter of Takahama Kyoshi, who doted on her. There was no conflict between male and female, or father and daughter, in this extraordinary case. Faithfully following his father’s advice (that is, the absolute dictums of the kessha Hototogisu), she successfully developed her original style. She is known for her simple diction a la nursery rhymes:

Magnolia leaves
fallen on the ground –
Where is the magnolia tree?

A tadpole rests
with its nose
on a stake

From the country of fireflies
a phone call at night

Unlike Hashimoto’s and Mitsuhashi’s her world is self-sufficient without being self-indulgent. It is a completion of Takahama’s aesthetic centered on seasonal themes and objective description, which has become a kind of orthodoxy that remains hugely influential today.

Now the number of the women who write haiku outnumbers that of the male haijin, although male leaders still keep their authority in most schools or sects. Some recent attempts at anthologies of female haijin might prove their genealogy at least partially independent from the male-dominated history and reveal the possibilities they have opened up in the traditional genre of haiku.

Right after the Second World War influential literary critic KUWABARA Takeo (桑原武夫; 1904-1988) severely criticized the traditional form of haiku as “second-rate art (第二藝術).” His Euro-centrism sounds almost absurd and far from persuasive today, but his doubts about the value of the traditional short forms had a great impact on tanka and haiku writers who had been forced to remain in silence or retreat into a private, rear-guard, and non-political realms during the war. Great achievements in haiku after WWII were propelled by the urge to refute Kuwabara’s (and many other critics’) views on the value and possibilities of the genre.