I Have Three Wounds: Of Life, Love and Death 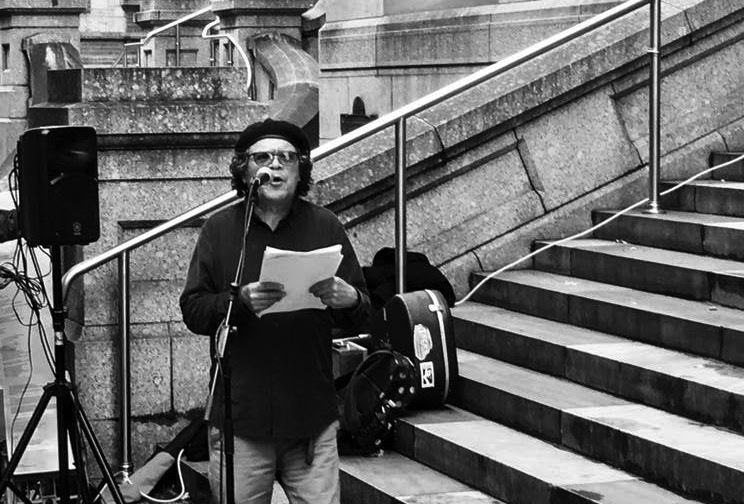 All of what remained in us was down to hours – daily, weekly accumulations of them – silent spans like we were puppets without any public function. My family and I were silenced humans, wounds of exile struggling to enjoy just a moment in an empty Adelaide street.

Arriving in Australia was like going to a previously undiscovered desert in our family’s soul; our words and smiles became irrelevant, our tears and sorrow the only sense of life. My young children, Tania and Lenin, seemed as if they were two ancient characters of Dostoevsky’s Crime and Punishment. Not knowing any English, we got lost in the solitude of this unknown land and, clinging together, would come to be people destined to eat, laugh and mourn together as one for our entire lives.

One night in June 1990, as we were coming home to the Pennington Hostel from Adelaide City on the bus, a man started yelling at us in English.

His sounds made us sink into the floor, else we would have drowned within a minute of swimming in his Aussie accent. Another night, after returning from her first day in the Pennington Hostel Childcare, Tania remained very quiet. We all sat at the table to eat, drink and talk of the day.

Suddenly Tania spoke. ‘I will be mute forever?’

At that moment, I felt a 7.2 magnitude earthquake, so common in Chile. But no water sloshed in our glasses. Our dishes lay motionless on the table. We were already in Adelaide – it was only I that was rattling.

I felt like I was falling into pieces. I wanted to scream, and to continue to fall without a parachute. No passport. Just … fall. Back into a prison where I once lived instead of the one I am in now. I had put my children in the most modern of prisons – this country where they are today. Looking at us, Tania again asked her question. ‘I will stay mute? Because no one speaks Spanish at me here, and I don’t know how to speak in English.’

I looked at Lenin, my 3-year-old son, as he continued to take his milk and eat bread. Tania cried. We all cried as four castaways from the sound of the Spanish word. Past and present will always be an open wound of not knowing where we belong, where our life dwells versus where our bodies simply exist. We were four ‘new people in this country that someone else calls paradise.

And so began a long struggle with a new language inside a dominant capitalist system when we arrived in Australia. It’s a struggle I find paralleling the political refugee status that I had and still have, and of not being accepted as a citizen in a country that only accepted its original inhabitants as citizens in 1967.

Pages: 1 2 3
This entry was posted in ESSAYS and tagged Juan Garrido-Salgado. Bookmark the permalink.
Juan Garrido Salgado was born in Chile and was a political prisoner under the Pinochet regime. He now lives in Adelaide. He has published three books of poetry, and his poems have been published in Chile, Colombia, Spain, El Salvador, Brazil, Europe, New Zealand and Australia. He has also translated into Spanish works from John Kinsella, Mike Ladd, Judith Beveridge, Dorothy Porter and MTC Cronin, including Talking to Neruda’s Questions. He has translated five Aboriginal poets for Espejo de Tierra/Earth Mirror Poetry Anthology. With Steve Brock and Sergio Holas, Garrido-Salgado also translated into English the trilingual Mapuche Poetry Anthology, and has translated many of Lionel Fogorty’s poems into Spanish. He is currently working on the Spanish translation of a selection of Jumoke Verissimo’s poems, to be read at the Granada International Poetry Festival in Nicaragua.