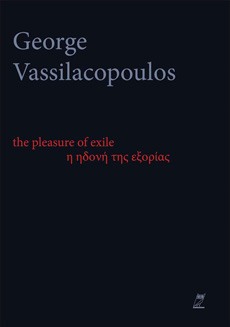 Owl Publishing is an independent press founded in June 1992 by Helen Nickas, a former lecturer in Greek Studies at La Trobe University. Owl’s overarching purpose is to publish a selection of literary works by Greek-Australians in pursuit of more diverse Australian literature, and it is run as a not-for-profit undertaking. In Nickas’s belief, Greek-Australians have a dual vision of the world, and their writing contributes something important to the Australian literary environment. Indeed, in the past quarter-century, Owl Publishing and the writers it has championed have explored many aspects of the modern Greek diaspora.

In 2014, Owl launched a series of chapbooks to showcase the diverse range of poetry being produced by both emerging and established Greek-Australian poets. The chapbook series’ editorial board consists of Peter Lyssiotis, Helen Nickas, and N N Trakakis, and each of the nine works published so far is by a different Greek-Australian poet, each at different career stages. This month I had the pleasure of reading and reviewing the most recent six chapbooks in the series. Like other works published by Owl, some of the chapbooks are published in bilingual form, while others are in English only, depending on the poet’s own history and artistic choices. Below I will focus on each of the six chapbooks, but the overriding purpose of this series is important to understand, as each individual book hangs together in a kind tangled orrery of modern Greek-Australian poetry. In my view they form more than the sum of their parts as a constellation that depicts the modern Greek-Australian experience, and which also gives a view into the wider Australian experience.

Fragile World is a collection of epigrams by Dina Amantides. A distillation of her skills as a poet of minimalism, her epigrams unfold in no particular order and reel off one after another with breathless abandon. These poems tackle large concepts with as few words as possible, showcasing the unique ability of well-written poetry to communicate much with little.

Each poem was translated into English by Amantides’s husband, Kyriakos Amantides, which adds another level to reading this chapbook. Each epigram figures, then, as a letter between a married couple, rendering the act of translation even more intimate. Amantides’s epigrams are also engagements with mythology. Throughout her poems we see grand concepts personified, as the ancients did: Fury, Life, Death, Memory, Greece, the World, or God. As Amantides writes in ‘My Greece’:

To personify Greece is not to simply identify with a physical landmass. Like many of the poets featured by Owl, Amantides’s identity and writing is rooted in Greek tradition, in ancient myths and classical dramas. Indeed, so much of Western writing is based upon techniques and structures first established by the Greek civilisation. When Amantides feels Greece’s ‘weight’, she is feeling the entirety of Greece’s culture and its tumultuous history, and even further, Greece’s immense influence in the Western world. As a Greek-Australian writer, this can be a suffocating reality, and it is one that Amantides strives well to overcome and build upon.

Erma Vassiliou has been a prolific writer in the Greek publishing world for a long time, having published much of her work under her own imprint, Aphrodite Editions. It is a pleasure to be able to read some of her best works in English for the first time in Desire. Vassiliou’s unique voice manifests in each of her poems, many of them registering a natural speaking cadence through punctuation and line breaks. Her subjects are often personal, drawing from Vassiliou’s life experiences and inner dialogues. In ‘Retro’, the reader is drawn into a delicate and personal letter to someone dearly loved:

The longing that Vassiliou manages to convey in only a few lines is stunning and the imagery is lasting: a ‘moment of grace’ that needs ‘handcuffs to stay / without a movement’. As Helen Nickas writes in her introduction to this chapbook, Vassiliou is a flamboyant writer. Her poems vary in topics and themes, drawing heavily on the mythical and the religious – an interesting combination of paganism and orthodoxy that is distinctly Greek.

What George Vassilacopoulos attempts in the pleasure of exile is ambitious to say the least, as is the task attempted by his assistant translators (Toula Vassilacopoulos and Peter Lyssiotis). They each collaborate and negotiate the potency of silence, the force that creates gaps but also adds weight to the words that remain in the poem. However, Vassilacopoulos’ pursuit of space, the intervals between complex and difficult concepts, comes through clearly in this collection. Both the poet and his translators are to be commended for what they have achieved. One of my favourite poems of the entire series appears in this particular chapbook, untitled as all of Vassilacopoulos’ poems are. The poem begins:

This is typical of Vassilacopoulos’s style: the gaps in the poem immediately raise questions. Does the speaker say that the kisses sacked the temples and the caresses abandoned the psalms? Or is the speaker saying that the kisses are like sacked temples, the caresses like abandoned psalms? Either interpretation completely changes the reading of the poem, and it seems likely Vassilacopoulous is activating the ambivalence of language and syntax to create a valency in the reader – is the love shared between the speaker and his lover something to be admired, or is it something that is destructive?

Anna Couani is a writer, artist, and teacher. In thinking process, the poet centres on the process of making art, producing an insider’s ekphrasis as a poet uniquely placed to write about the experience of art-making. How a work of art changes as it grows speaks not only of the artist, but also of the aleatory nature of art itself:

Like Couani, Zeny Giles writes from experience – in this case casting the imagination to the past to focus on growing up as a first-generation Greek Australian. Giles also examines the lived experiences of her parents’ generation, the first major wave of migrants from Greece to Australia. In fact, Giles was one of the first women of Greek descent to write about the Greek-Australian migrant experience; her first novel Between Two Worlds was published in 1981. In Parables, Giles showcases her personal experiences in verse, weaving abstract ideas with threads of reality. Many of Giles’s poems focus on the tangible: yarn, clothes, sheets. The poems deftly avoid sentimentality while remaining focussed on love and its mirror, loss. Far from being religious stories, Giles’s parables involve secular objects and invoke unpretentious narrative truths:

Pages: 1 2
This entry was posted in BOOK REVIEWS and tagged Alex Kostas, Anna Couani, Dimitris Troaditis, Dina Amantides, Erma Vassiliou, George Vassilacopoulos, Helen Nickas, Zeny Giles. Bookmark the permalink.
A A Kostas is a Canadian/Australian writer residing in Melbourne. His writing has appeared in publications such as otoliths, Voiceworks, The Suburban Review and Unusual Works. He has also reviewed poetry in Cordite Poetry Review. He is studying a Law/Arts degree at Monash University.