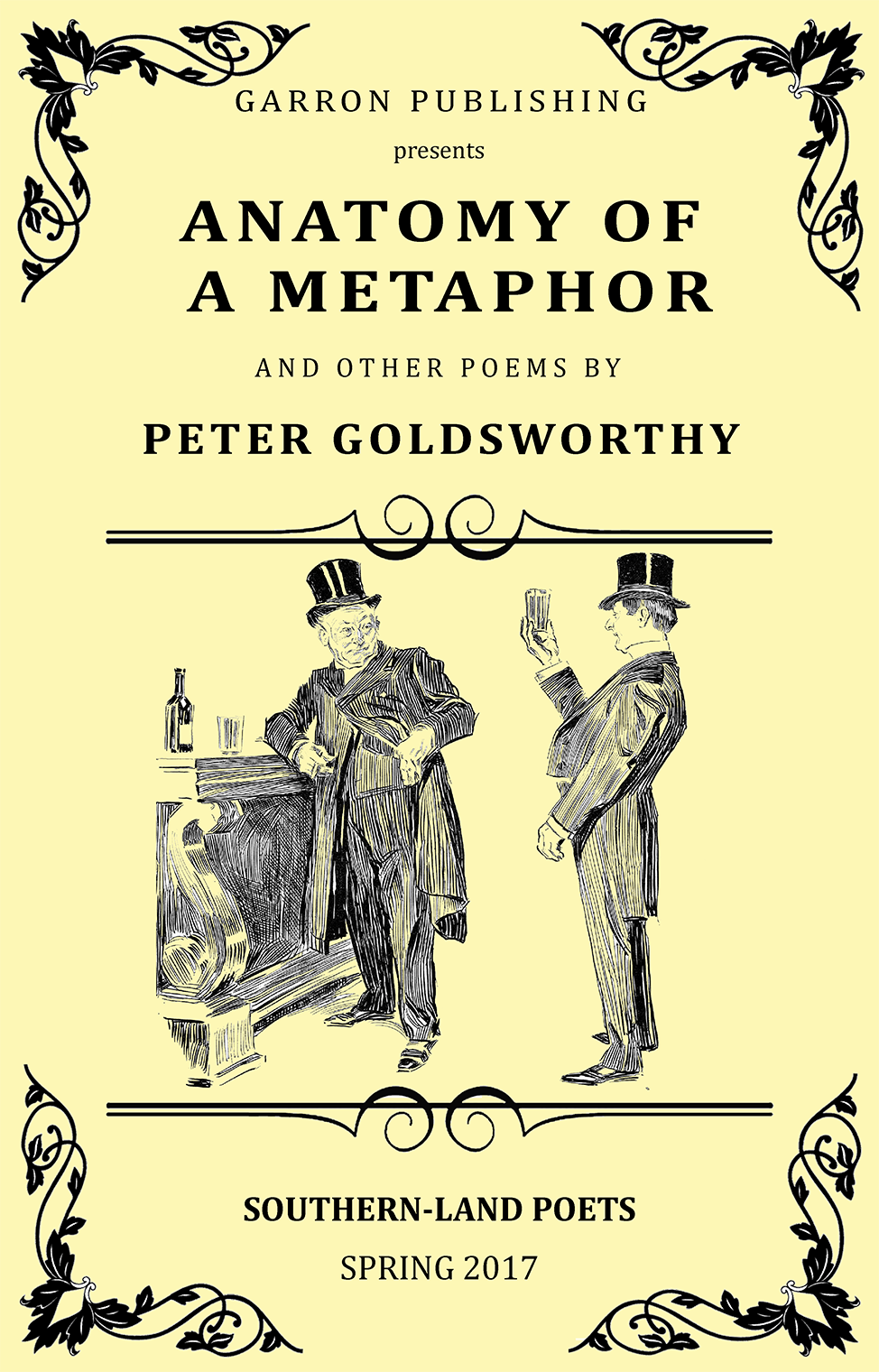 Garron Publishing was started in 2010 by Gary MacRae and Sharon Kernott as a means of self-publishing work, but has since expanded into a successful run of poetry chapbooks by established and emerging South Australian poets. This Southern-Land Poets series is a return to the original pamphlets traditionally sold in fifteenth century England by ‘chapmen’, and as such, their unassuming bindings do not necessarily connote the quality of their contents.

Anatomy of a Metaphor (and other poems) by Peter Goldsworthy is split into in three sections. The first, the ‘Anatomy of a Metaphor’ sequence, is a searing, seven-part poem focused on the human heart. It not only stretches the limits of a poet’s metaphorical ability, but also creates an intra-poetic dialogue between the ‘diastole’ and ‘systole’ beats. There is a hypnotic rhythm on a macro level, alternating between the relentless images of the systole and the distanced observations of the diastole. ‘2. Systole’ is a good example of Goldsworthy’s seemingly bottomless well of metaphors:

Goldsworthy’s relentless litany is evocative but also thought provoking. Under Aristotelian thought, the Ancient Greeks gave the heart the prime place in human biology; it was the source of life but also the centre of all thoughts and feelings. Goldsworthy’s sequence provokes a realisation of the beauty of the heart and all that it does, and also how often we do not think about it. It beats along without us needing to.

Goldsworthy employs the same general style of writing in the second section of the chapbook, but applied to other body parts. His eight-part poem titled ‘Hand’ is another example of his astounding ability to provoke self-reflection through imagery:

Pages: 1 2 3
This entry was posted in BOOK REVIEWS and tagged Alex Kostas, Heather Taylor Johnson, Jill Jones, Peter Goldsworthy. Bookmark the permalink.
A A Kostas is a Canadian/Australian writer residing in Melbourne. His writing has appeared in publications such as otoliths, Voiceworks, The Suburban Review and Unusual Works. He has also reviewed poetry in Cordite Poetry Review. He is studying a Law/Arts degree at Monash University.