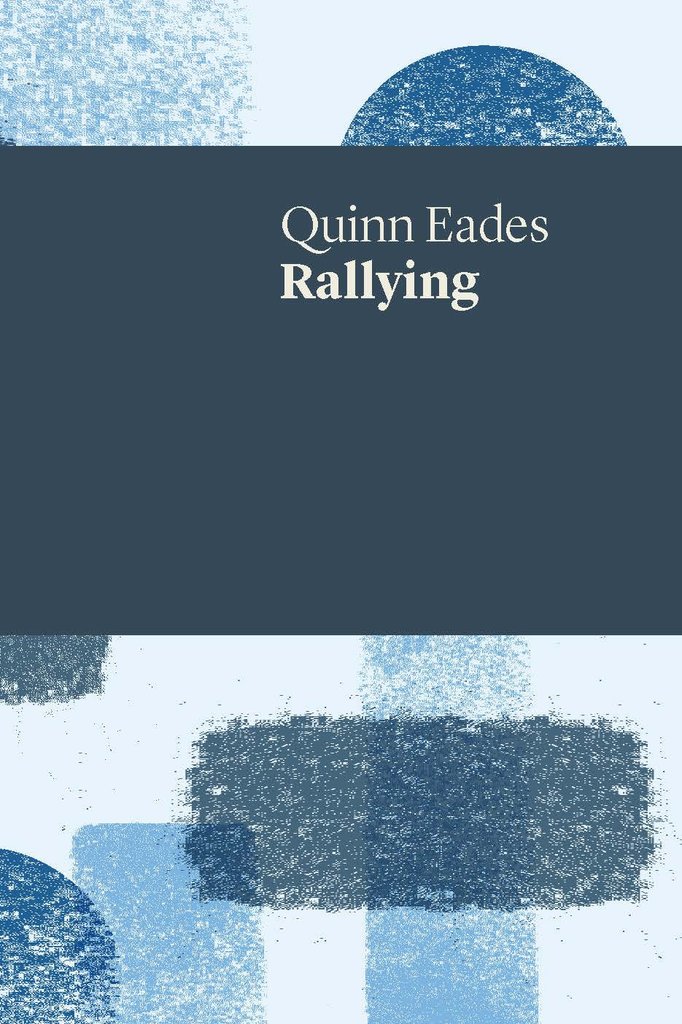 St Ignatius of Loyola is supposed to have said: ‘Give me a boy until the age of seven, and I will own the man’. Well, the Baptists had me for a lot longer than my first seven years, and subsequently, I have lived a most conventional life. My politics might be progressive but my instincts are terribly conservative. These two books are indispensable because, in bearing witness to the scarring caused by homophobia, inequality and unsafe socialisation, they disrupt prejudice, including my own, and celebrate plurality. Eades and Everall are not just great poets. They are buoys of hope.

In his recent launch speech for Alan Wearne’s These Things Are Real, at Melbourne’s Collected Works Bookshop, Philip Salom praised Wearne for having the courage to go out into the world, thus rejecting contemporary poetry’s obsession with the self. Now, Wearne writes unforgettable dramatic monologues, creating actors that fizz with all the messiness and glory of life, but he is not a psychologist or confessor, and one could argue that all his creations are in fact versions of himself. Ultimately, what we are all left with is our own way of being in this thorny world. This is perhaps what the Melbourne singer-songwriter and poet, Brendan Bonsack, had in mind recently when he posted on Facebook about writing the ‘I’ in poetry. In his post, Bonsack included this gem by the indomitable Ania Walwicz: ‘I want to be a camera. I want to catch my life. And keep it’. Both Quinn Eades and Gabrielle Everall accept this challenge by Walwicz, and while they have very different approaches to writing ‘the self’, their poetry shines with all the dramatic tensions and juxtapositions of Wearne.

Eades employs little of Everall’s dazzling and far-ranging techniques of imagery and historical allusion, but the way in which he centres his highly fraught and revealing recounts in such direct and plain language are remarkable. In ‘Echo’ Eades writes:

There is desperation in these lines; a searching and precise awkwardness captured in those skilfully managed line divisions. The obliterated punctuation markers signal such vulnerability to the damaging and often-repeated injustices inflicted on a child unable to conform to expectations. This is poetry as a bullied kid’s angst. And while the adult ‘Quinn’ might know that it is worth hanging in there to the end, these poems often spin on the edge of self-harm and excruciating pain. Eades tells us elsewhere that in this ‘ache towards echo’ he learnt to ‘carry himself like a wound’: ‘I learnt loneliness better than I knew my own skin. I wanted to sleep, and sleep, and sleep. Everything I was, was emptiness and sleep’. Later he reads Sylvia Plath who writes: ‘the blood jet is poetry’ and knows that he must offer this correction:

But self-harming is only part of the story. Eades adopts the name of ‘Quinn’, after giving birth to children, after the hysterectomy, ‘after she couldn’t stay at one end of the gender binary anymore’. Eades tells us:

Pages: 1 2 3
This entry was posted in BOOK REVIEWS and tagged Gabrielle Everall, Phillip Hall, Quinn Eades. Bookmark the permalink.
Phillip Hall lives in Melbourne’s Sunshine where he is a passionate member of the Western Bulldogs Football Club. His publications include Sweetened in Coals (Ginninderra Press), Borroloola Class (IPSI), Fume (UWAP) and (as editor) Diwurruwurru: Poetry from the Gulf of Carpentaria (Blank Rune Press). He is currently working on a collection of ekphrastic poetry, inspired by an Objectivist poetics, which celebrates Melbourne’s western suburbs while tackling such issues as mental health and sport as performance art.